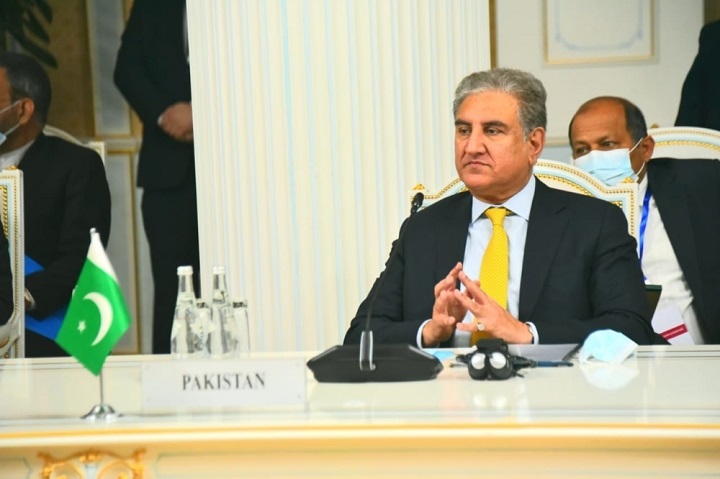 The mujahid Muslims of Afghanistan are currently facing a severe humanitarian crisis, wherein out of a 40 million population, almost half are starving. However, instead of helping them, Pakistan’s agent rulers are exploiting the crisis, in order to force the Taliban regime to form a fully Western-style national democratic and liberal government. All this is being done through an extraordinary meeting of foreign ministers of the OIC, with representatives from the US, Russia and China, as well as Afghanistan’s interim foreign minister, besides Germany, Canada, Australia and Japan. In a statement, Pakistan’s Foreign Minister, Shah Mehmood Qureshi, said that Pakistan wanted the Taliban to hear the concerns of the international community about the human rights of Afghan citizens. It is as if this international community is not itself responsible for violating human rights, when it illegally occupied Afghanistan, martyred tens of thousands and injured hundreds of thousands. Moreover, it is the so-called head of the international community, the US, who has confiscated nearly 10 billion dollars in a daylight robbery.

The OIC is a forum to prevent the practical unification of Muslims, through establishing a Khilafah (Caliphate), by engaging them in “co-operation” between artificial, colonialist nation-states. The agent rulers are responsible for the division of the Muslims, working to strengthen the divisions. These rulers have not yet “recognized” the Taliban government, having previously rushed to recognize the US puppet regime during the US occupation. Not a single Muslim ruler rejected the US occupation of Afghanistan or raised voices against the US violation of human rights. However, with regards to the Taliban government, these rulers are all speaking with the tongue of the US. The promise of a pittance of aid, and that too with humiliating conditions, amounts to an emaciated bribe by which they want to force the Taliban government to compromise further. If these rulers just opened the border, the Muslim Ummah will fulfill all the needs of its Muslim brothers in a few days. However, currently, the line drawn by the colonialist Durand now decides who gets food and water and who does not.

O Armed Forces of Pakistan! Enough is enough, Afghanistan and Pakistan are one society in terms of Deen, geography, history and cultural ties. Afghanistan is a Muslim region and you will be questioned on the Day of Judgment about the hunger and poverty of our children there. The responsibility to support Afghanistan lies not with the international community, but with the Islamic Ummah. Uproot these pro-American rulers, restoring the shield of the Ummah through the establishment of the Khilafah on the Method of Prophethood. The Muslims of Afghanistan, Central Asia and the Middle East are ready to welcome you. The Ummah is waiting for its Khaleefah (Caliph) who will provide food for the hungry children, help the widows, protect the Muslim lands from the kuffar and carry the Message of Islam to the whole world. Allah (swt) said in the Noble Quran,

“Surely Allah defends those who believe. Certainly Allah has no love for the perfidious, the thankless.” [TMQ Surah Al-Hajj 22: 38].