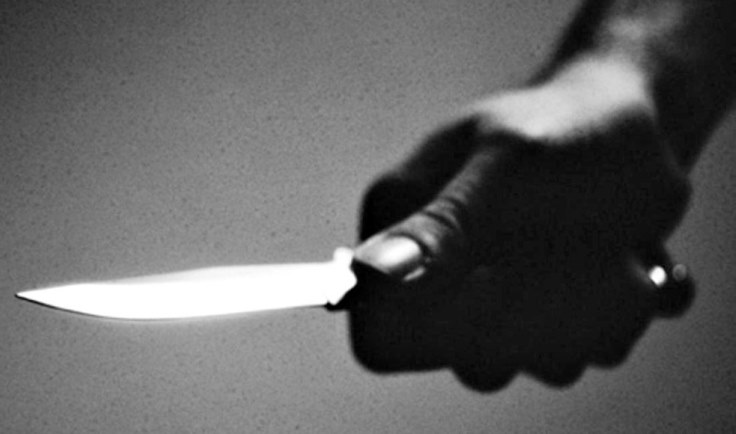 Three people were murdered, and a number of others injured across the UK during the country’s May Bank Holiday weekend in a series of shootings, stabbings and acid attacks. These are only the latest incidents of violent crime which has been on the rise in Britain and which has taken the lives of over 60 people this year in London alone, many gang-related. Extra police officers, supported by armed units are now patrolling the streets of the capital. Last year 39 children and teenagers were killed by knives in the UK. According to offences recorded by the police, there was a 22% increase in knife crime and 11% rise in gun crime in England and Wales in 2017, with almost 38,000 recorded knife offences and over 6,600 gun offences across the UK in the year up to September 2017. Official statistics released this April also showed that the number of homicides in London has risen by 44% in the last year.

The British government and other UK politicians are clueless as to how to effectively counter this violent crime epidemic that is plaguing the country. Their approach, as with most problems that affect secular states, is to throw money at the issue and implement a handful of policy changes, whilst crossing their fingers and hoping for the best. This stab in the dark, plaster-strip method of trying to solve issues is the familiar trait of secular states who refuse to dig deeper regarding the root cause of the multiple problems afflicting their societies, as this would mean acknowledging some uncomfortable home truths regarding the detrimental fallout of the secular liberal values they celebrate.

Some have pointed to the high level of poverty, low educational achievements and lack of job opportunities disproportionately affecting certain sectors of British society, as causing the high levels of knife and gun attacks committed by individuals in these communities. Others have blamed the deep government cuts to policing and youth services which they enacted despite the scale of crime affecting the country. However, these suggested contributing factors do not go to the crux of the cause of this epidemic of violent crime or answer the question as to why crime generally in many secular states is so prevalent that prisons are overcrowded, and the police overwhelmed with the number of cases they are dealing with. London Mayor, Sadiq Khan for example, stated, “The police service in London, like the rest of the country is overstretched.”

To understand the root cause of the huge levels of violent crime affecting the UK and other secular states, one needs to put the focus on the secular, materialistic and liberal beliefs and values which define these societies. Secularism itself has increasingly marginalized religion and the concept of accountability to a Creator, producing a spiritual void within societies and promoting individuals to sanctify their desires and use it as the measure of right and wrong. Materialism, one of the toxic fruits of capitalism, has led to individuals measuring their value and success based on possessions and wealth, creating the ‘get rich quick’ culture and the pursuit of lavish lifestyles, leading to countless robberies, muggings and even murders over monetary issues. This concept, has also nurtured an environment that has fueled the formation and joining of gangs for material benefit – whether wealth or power; where there are ‘turf wars’ between groups of youth over something as superficial as domination over certain postcode areas in a city; and where the sanctity of human life has diminished to such a degree where someone can be attacked or killed over the most minor disagreements. Earlier this year for example, two teenage girls in London were stabbed by another teenage girl after an Instagram argument. And liberalism has created a hedonistic self-gratifying culture of drugs, alcohol and fast-lifestyles as well as sanctioning the production of music, movies and computer games which glamourize violence. Furthermore, liberal sexual freedoms have decimated the family structure, and led to many children being brought up in homes where the father is absent. In the UK and US for example, 1 in 3 children are growing up without a father at home (Office for National Statistics & US 2010 Census). This creates a void in the lives of many children which leads some to join gangs for a sense of belonging.

The Deen of Islam was revealed to save mankind from this chaos! The concept of Taqwa, accountability to a Creator, the fulfilment of one’s desires according to His Laws and Regulations and the rejection of materialism, liberalism, and sexual freedoms creates societies where crime is minimal. We see for example, that it was Islam that at the time of the Prophet ﷺ transformed the actions of the Ghifar tribe who were notorious highway robbers and known as allies of darkness, to those who became noble and elevated in their behavior. It was Islam that also brought together the hearts of the Aus and Khazraj tribes who had been at war with each other for decades, making them brothers in Islam. And it was the Islamic system which when implemented correctly on a state level, created societies where people felt safe, where crime was minimal, and individuals could even leave their merchandise unguarded while they went to prayer without fear that it would be stolen. All this was accompanied by an effective Islamic punishment system which truly worked as a deterrent to crime. It further emphasizes the great responsibility upon us as Muslims to re-establish the Khilafah (Caliphate) based upon the method of the Prophethood to provide a model to the world of how to create a safe, morally elevated and harmonious society.