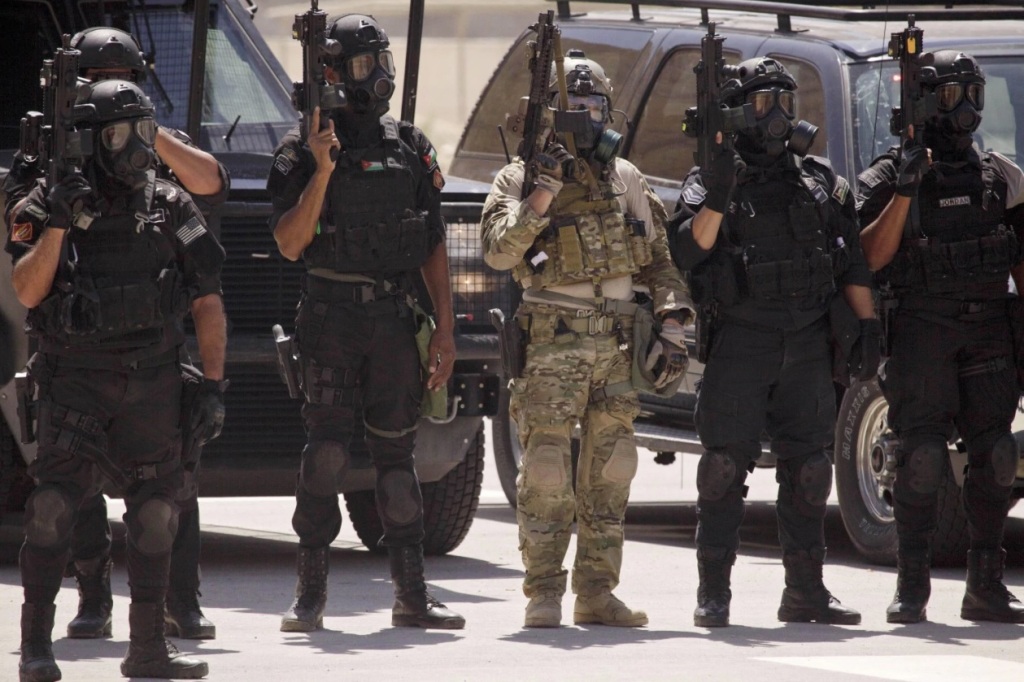 On Sunday evening, the security forces arrested Brother Anwar Hilmi al-Khawaja (Abu Suhaib), a member of Hizb ut Tahrir, and his youngest son in a lying, cunning and fraudulent manner. They contacted him on the grounds that his car was involved in a traffic accident and called for investigation, and when he arrived, they arrested him and his young son. They then returned with great security force, raided and searched his house. When his family and children inquired about him at the Russeifa Police Directorate, they denied his presence there and told them that they do not have him.

These despicable acts carried out by the regime and its security services will not deter the Dawah carriers from proclaiming the truth by all available legitimate means, and they will not break their resolve. We will remain a thorn in their throats, giving them sleepless nights, exposing their plots by revealing their conspiracy, betrayal and disappointment to the Ummah and its Deen, and their surrender and humiliating subjugation to the enemies of the Ummah and their plans. We will remain working for the obligation of the establishment of the Khilafah Rashida (righteous Caliphate) on the method of Prophethood, no matter how much you plot and commit crimes against the Dawah carrier and all the sincere people of this country.

For tomorrow is near for those awaiting it, and those who oppressed will know to which end they shall return.