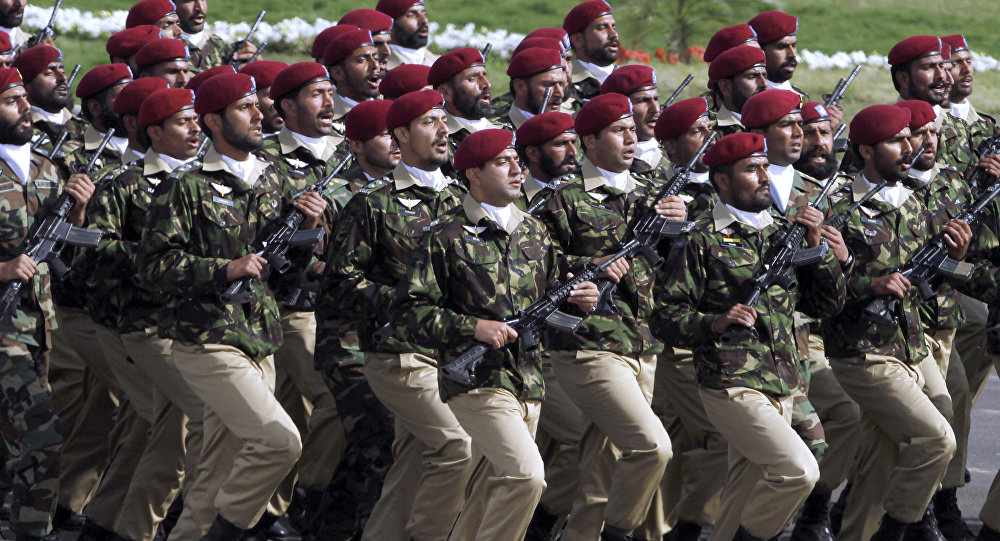 “And strive for Allah with the striving due to Him. He has chosen you and has not placed upon you in the religion any difficulty. [It is] the religion of your father, Abraham. Allah named you “Muslims” before [in former scriptures] and in this [revelation] that the Messenger may be a witness over you and you may be witnesses over the people. So establish prayer and give Zakah and hold fast to Allah. He is your protector; and excellent is the protector, and excellent is the helper.”

At-Tabari said in his Tafsir of this Ayah, “It is correct for one to say regarding that saying, He is saying: “It is meant to wage Jihad in the Path of Allah” because that is what is known of Jihad. It predominates over the one who says that it is: “I strived for Allah, fulfilling Jihad” such that it is exerting effort in it. In His سبحانه وتعالى statement هُوَ اجْتَباكُمْ “He has chosen you” He is saying: “He chose you for His Deen, He chose you to wage war against his enemies, waging Jihad in the Path of Allah.” In His سبحانه وتعالى statement:

“that the Messenger may be a witness over you and you may be witnesses over the people”.

Thus Allah سبحانه وتعالى is saying as a reminder that He has chosen you, O  believers, by Allah and by His verses, the Ummah of Muhammad ﷺ and named you “Muslims” so that Muhammad ﷺ can be a witness for you on the Day of Judgment, witness that He conveyed to you that which he ﷺ was sent with for you and hence you also became witnesses for the Prophets (as) in that they conveyed to their nations with that which they were sent with for them.

“And We have not sent you except comprehensively to mankind as a bringer of good tidings and a warner. But most of the people do not know.”

Our noble Prophet Muhammad ﷺ has conveyed the Message as he was ordered to and he was the model for the Islamic Ummah in conveying, in implementation and in carrying the Message to all of humanity.  Allah سبحانه وتعالى mentioned that in his saying:

“And fight them until there is no fitnah and [until] the religion, all of it, is for Allah.”

So, after we have chosen the divine Message, accepted it and believed in it, it becomes an Obligation upon us to carry it through Dawah and Jihad.

The Companions (ra) of RasulAllah ﷺ understood this and worked to ensure that. Therefore, when they came to believe in the message of Islam, they worked for it in their lives. RasulAllah ﷺ focused on the establishing of their first state in Madinah al-Munawwarah, within which they judged by Islam and from which they arranged their ranks and formed an army, rather armies, for the carrying of the Message to all of humanity by opening countries and lands, confronting the forces of Kufr and oppression, from the ignorant Arabian tribes all the way to the Persian pagans who worshipped fire, and to the Romans, the worshippers of the cross. Such was the life of the Companions (ra) and those who succeeded them, a life of struggle and hardship in the way of conveying the great Message of Islam, the message which they lived upon and lived for, so their lives were filled by Islam and dedicated to Islam.

This matter was clear to the people of power of the time, the tribes, from whom the Prophet ﷺ requested Nussrah (Material Support). It was clear to them that they had to protect the Prophet ﷺ, to strengthen him by establishing an entity in their midst, whereby the Laws of Allah سبحانه وتعالى are implemented, and they were completely aware of this. It was clear that Nussrah is for establishing a state, a state that rules by Islam and wages Jihad in the Path of Allah سبحانه وتعالى to spread his Message. Such is the case of Banu Amir bin Sa’sa’ah, when the Prophet ﷺ requested the Nussrah (Support) from them, they said:أرأيتَ إنْ نَحْنُ بَايَعْنَاكَ عَلَى أَمْرِكَ، ثُمَّ أَظْهَرَكَ اللَّهُ عَلَى مَنْ خَالَفَكَ، أَيَكُونُ لَنَا الْأَمْرُ مِنْ بَعْدِكَ؟  “Should we give you allegiance and Allah gives you power over your opponents, will you give us the right to inherit and succeed you in power?” The Prophet replied: «الْأَمْرُ إلَى اللَّهِ يَضَعُهُ حَيْثُ يَشَاءُ؛ فَأَبَوْا عَلَيْهِ» “The whole affair lies in Allah’s Hands. He gives the power to whomever He desires.” A man commented,أفَتُهدَف نحورُنا لِلْعَرَبِ دُونَكَ، فَإِذَا أَظْهَرَكَ اللَّهُ كَانَ الْأَمْرُ لِغَيْرِنَا! لَا حَاجَةَ لَنَا بِأَمْرِكَ “Do you expect us to incur the wrath and vengeance of the Arabs without the least hope of leadership? We can in fact readily dispense with your offers.” And so they rejected him. Thus, they knew that the Nussrah was for establishing a state that would fight and they wanted to rule it, after the Prophet ﷺ. Similarly, is the case of Banu Shayban when the Nussrah was requested from them, they said: وإنما نزلنا بين ضرتين “We live between two places of water” RasulAllah ﷺ asked: «ما هاتان الضرتان» “What are these two places of water?” They replied, “They are the rivers of Kisra [Chosroes], and the water of the Arabs. Transgressing the covenants of Kisra is an unforgivable sin and an unexcused action. We pledged to Kisra neither to innovate nor to support an innovator. O brother of Quraysh, I see that the matter you call us to is hated by kings. If you want that we shelter and support you in the direction of the Arabs’ water, we are ready to do so.” The Messenger of Allah ﷺ replied, «ما أسأتم في الرد إذ أفصحتم بالصدق، وإن دين الله لن ينصره إلا من أحاطه من جميع جوانبه» “You were not wrongful when you frankly replied. The religion of Allah will not be Supported except by those who pledge to support it from all sides (i.e. without condition).” So they also understood that the Nussrah means ruling and Jihad against the Arabs and the non-Arabs. So they agreed to fight against the Arabs whilst they did not agree to fight the Persians.

After the fall of the Islamic State, the state that implemented Islam and carried the Message to all humankind, the Ummah became preoccupied, and is still preoccupied, in a series of issues imposed upon her by the Kuffar colonialists. Colonialists dissolved the Ummah’s unity and tore it up into nationalist and regional mini-states and mounted repeated attacks against them, as part of the Western crusades, which in fact have never stopped since the campaigns of the first Crusade. In addition, there are numerous internal issues, from the tyranny of rulers appointed over their heads by the Kuffar colonialists to the extreme poverty created by the Kuffar colonialists within Muslim lands by plundering their wealth… besides many other issues that preoccupied the Ummah from carrying the Message of Islam to all of humankind. So how is the occupied, imprisoned, coerced or impoverished expected to carry a universal message to all of humanity, challenging the international community and the international state of affairs, working to replace the message of disobedience that prevails in the world?!

The root of these issues which preoccupy the Muslims, is the absence of the ideological Islamic State that rules by Islam and carries the message of Islam as a vital issue for it, considering it a matter of life and death; a state that considers carrying the Dawah the subject of its foreign policy, and holds the implementation of all of Islam internally at the very center of its attention. So that we become witnesses over humanity in conveying the Message of Islam to non-Muslims, it is obligatory upon us to establish that state that will prepare armies to open the lands ruling by disobedience, so that they are governed by Islam. And the function of conveying will be completed through the state institutions that will implement Islam, practically applying Islam within the countries that have been opened, so that they can see Islam first hand and thus enter Islam in droves. This is the Islamic Method which was used by the Prophet ﷺ used and by those after him who followed him in Righteousness, up until the state of Muslims fell at the beginning of the previous century. On the authority of Abdullah ibn Umar (ra): RasulAllah ﷺ said, «أُمِرْتُ أَنْ أُقَاتِلَ النَّاسَ حَتَّى يَشْهَدُوا أَنْ لَا إلَهَ إلَّا اللَّهُ وَأَنَّ مُحَمَّدًا رَسُولُ اللَّهِ، وَيُقِيمُوا الصَّلَاةَ، وَيُؤْتُوا الزَّكَاةَ؛ فَإِذَا فَعَلُوا ذَلِكَ عَصَمُوا مِنِّي دِمَاءَهُمْ وَأَمْوَالَهُمْ إلَّا بِحَقِّ الْإِسْلَامِ، وَحِسَابُهُمْ عَلَى اللَّهِ تَعَالَى» “I have been commanded to fight against the people until they testify that there is none worthy of worship except Allah and that Muhammad is the Messenger of Allah, and until they establish the salah and pay the zakat. And if they do that then they will have gained protection from me for their lives and property, unless [they commit acts that are punishable] in Islam, and their reckoning will be with Allah.” [Bukhari & Muslim] The one who has commanded here is Allah سبحانه وتعالى and one who has been commanded is the Prophet ﷺ and as is known in Fiqh (Jurisprudence) a command for the Prophet is a command for the Ummah unless texts make the command specific for him ﷺ alone.

From the above, the greatness of the Obligation to carry the Message of Islam to all of humanity is evident. It is clear from the confirming texts that this issue is a vital issue for the Muslims, an issue of life and death, an issue of conflict over the existence of the Ummah, its Deen or lack of it. And this description makes the Nussrah for the Deen of Islam and dignifying it through the established of the Islamic State upon the Method of the Prophethood, an Obligation that ensures all Obligations. Without it, Islam is not implemented in the lives of the Muslims. Without it, the divine Message is not conveyed to humankind as Allah سبحانه وتعالى commanded. Thus the trust that we are charged with is neglected. It is an Obligation upon the people of power and strength in the Muslim Lands to give their Nussrah to the people of the project for the Khilafah upon the Method of the Prophet, so that they discharge the Obligation of the Nussrah for Islam and carrying its Message to humanity. If they delay or refuse, their accounting is severe with Allah سبحانه وتعالى and we seek refuge from such accounting.

“It is He who sent His Messenger with guidance and the Deen of Truth to manifest it over all religions, although those who associate others with Allah dislike it.”