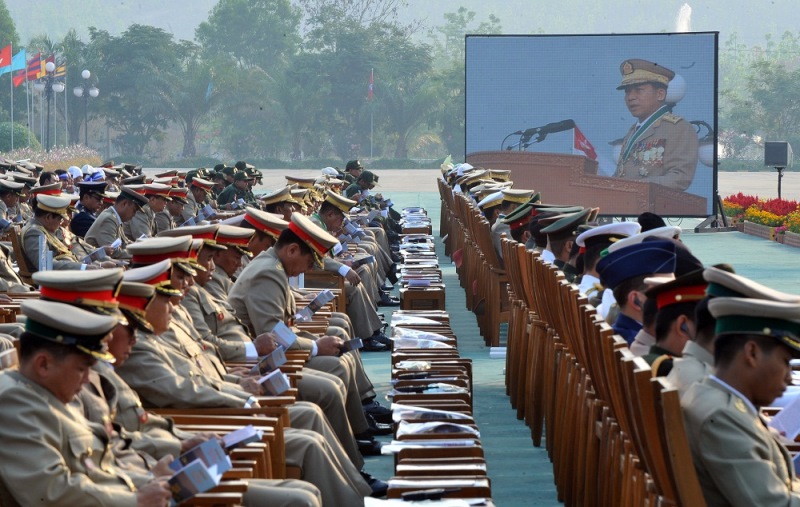 According to the news published in aljazeera.com on September 19, 2017, Aung San Suu Kyi said in her first comment over the ongoing Rohingya crisis that she was ‘concerned’ over Muslims and others who have fled to neighbouring Bangladesh. The Nobel Peace Prize laureate has come under increased criticism over the past month as more than 410,000 Rohingya have fled Myanmar to Bangladesh, escaping what the UN has described as “ethnic cleansing”. In her address, Aung San Suu Kyi said “it is not the intention of the Myanmar government to apportion blame or to abnegate responsibility”, adding that Myanmar does not fear “international scrutiny” over the Rohingya crisis. “The security forces have been instructed to adhere strictly to the code of conduct in carrying out security operations, to exercise all due restraint and to take full measures to avoid collateral damages and the harming of innocent civilians,” she said. She added that her country stood ready “at any time” to verify the status of the Rohingya who have fled violence in the last month to aid the return of those eligible for resettlement. (Source: Aljazeera.com)

Once admired as a poster girl of the West, a champion of so-called human rights and praised and prized as a voice of peace, Myanmar’s de facto leader, Suu Kyi. has utterly failed to address the reality of Rohingya genocide in her long-awaited speech intended towards the world from Myanmar. After weeks of wanton slaughter, arson, indiscriminate rape and destruction of near about 50 villages which resulted in the fleeing of over 400,000 Rohingya Muslims to neighbouring country Bangladesh, Suu Kyi’s approach to her state sponsored violence is completely vague and nothing but a cover up to hide the horrendous crime of her security forces under the blanket of impunity. She did not even utter the word “Rohingya” in her 30-minute-long speech except in one instance where she mentioned about the Arakan Rohingya Salvation Army (ARSA), a group her government claims to be responsible for terror attacks. About these so called terror attacks of a ragtag organisation on armed security officials, Dr. Maung Zarni, an exiled Buddhist dissident from Myanmar and a renowned human right activist said in an interview that, “The Burmese military invented its own pretext to launch a large scale “security clearance operations” by setting this up “honey trap” where the young, angry, militant Rohingya men were lured into attacking the border posts in a region that is dotted with Burmese military and police intelligence units and check posts.” About the verification process of Rohingya Muslims to start the repatriation process, Maung Zarni said that, she is just “buying time” to push back the international pressure and she is not honest about it because the so-called verification process would require individuals showing their identity cards and 99% of Rohingya Muslims do not have any sort of identity card as the government already confiscated their ID cards and declared those invalid.

But should we only blame Suu Kyi for the ethnic cleansing of Rohingya Muslims? Is not the deafening silence of the Muslim and non-Muslim world leaders (except some leaders’ lip services and empty speeches) equally responsible for this horrendous crime against humanity? Are not the double standard role of the main stream world media and the United Nation also responsible for this silent genocide to go on? What did the world leaders do after Charlie Hebdo attack? How did they react? Only 12 people were killed in Paris during Charlie Hebdo attack and the world had witnessed an amazing solidarity of the world leaders who rallied around France, condemned this attack, termed it as barbaric and sickening and vowed to stand with its people to fight terrorism. In 2003, US invaded Iraq under the false pretext of WMD when the country’s economy was already devastated and more than 500,000 innocent children had died as a result of a decade long sanction imposed by the Security Council. On the contrary, Myanmar has been killing and torturing Rohingya Muslims and depriving them of their fundamental rights for decades but the Security Council did not even propose to put a sanction against Myanmar. After having thousands of concrete evidence of mass killing, torture, brutal rape and displacement of hundreds and thousands of Rohingya Muslims, neither any leader of the East nor from the West has condemned these dreadful acts against humanity as barbaric or sickening, nor did the world leaders come forward to rally around the Rohingya Muslims or vow to grant them sanctuary or to fight against the criminal regime of Myanmar. After the indiscriminate killing of thousands of innocent Rohingya men, women and children in the hands of the Buddhist terrorist, no world media yet claimed that “Buddhism is a religion of terror” or “Buddhists are the terrorist and threat for the entire humanity”.

Unfortunately, the spineless leaders of the Muslim world always look forward to the UN to solve their problems though the UN has nothing but an evident track record of treachery and betrayal with this Ummah. These treacherous rulers have also taken the regime of US, UK, Russia, “Israel”, China or India as their protector and bosom friend although Allah forbids the believers not to take the Jews and Christians as their protector or bosom friend.

Hence, the Muslim Ummah should not be baffled by the crocodile tears of some Muslim rulers for Rohingya population. They should not put their hope on the empty speeches of the Western rulers nor should they be fooled by the hue and cry of the UN. Moreover, they should not believe in Suu Kyi’s endless lies of forming “national enquiry commission” to investigate the crime of her security forces or starting the “verification process” to take back those people who are the direct victim of her government’s systematic genocide. They should only put their trust in the promise of their Al-Mighty Lord, when He (swt) says,

“Whoever fears Allah, He brings forth a way out for him.”

By the Will of Allah, this Ummah will very soon re-establish the second Khilafah Rashidah and that noble state will send its mighty army to every corner of the world to rescue the oppressed men, women and children regardless of their ethnicity and free the Muslims of Myanmar, Syria, Iraq, Uighur, CAR, Palestine and Kashmir from the hands of the Kuffar and their allies.