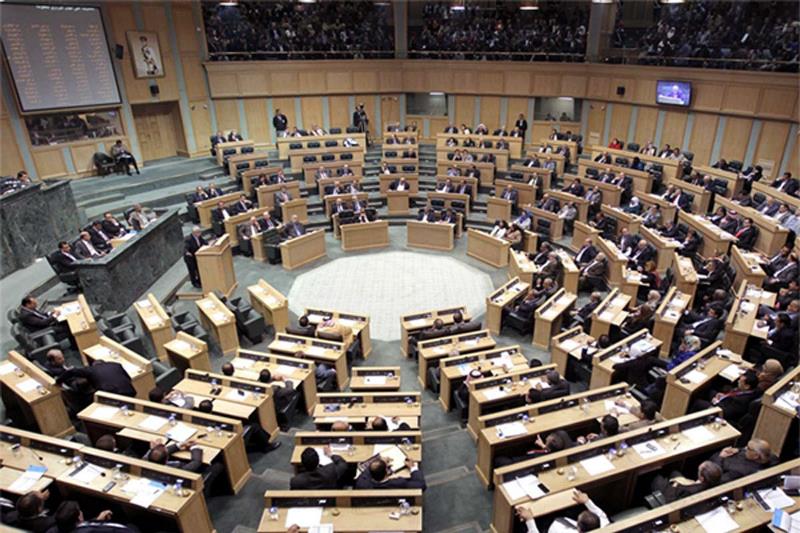 At a time when the feeling of humiliation and disgrace on the people of the country spread throughout Jordan due to the unjust sentence issued by the State Security Court on the soldier M’aarek Abu Tayeh, the son of the Jordanian tribe Howaitat, and as a result of what happened in Jerusalem and Al-Aqsa Mosque, and the crime committed by the Jewish entity in its embassy in Amman which claimed the lives of two sons of the country; the sons of the people of the Land of Assembly (al-Mahshar) and Guardian (Ribat) and who are well known to belong to the great Ummah of Islam and known for their generosity, honor, courage, altruism and awareness of their enemies and the vital and partial issues of the Ummah; at this very moment, the Jordanian Parliament is discussing a draft law amending the Penal Code for 2017  which its articles criminalize stands, pickets, marches and voicing opinion. This amended law also criminalizes (under the so-called illegal Association) those working in peaceful political ways, devoid of any violence or material or subversive actions, to resume the Islamic way life by applying the provisions of Islam. The articles of this law also expand the definition of terrorism so that it will be a sharp sword on the necks of the people in Jordan to affect all those who fight against the criminality of America and its confederate, the Jewish entity, or address them in a speech or talk or article, and to affect everyone who calls to stand in the face of the forces of tyranny and global colonialism targeting the Muslim Ummah and its resources and the great religion of Islam. It also affects anyone who tries to account those who gain strength from abroad over the country and its people.

Esteemed deputies: The people of the country have seen your anger, your positions and your tears at what the country has reached of humiliation, disgrace and waste of the rights of the Ummah and its individuals. We remind you that without the adoption of the State Security Court Law by the 16th House of Representatives, despite the demands for its cancellation, perhaps, injustice would not have befallen the soldier Abu Tayeh and he would not have been sentenced to life imprisonment. And that the Embassy of a Jewish entity – whose guard killed two of the sons of the country – would not have been on the land of Jordan had it not been for the approval by the 12th House of Representatives of the humiliating Wadi Araba Treaty. Were it not for the adoption of the 17th House of Representatives of the amended Law of Prevention of “Terrorism” Act, prisons would not have been filled because of a comment or a like on Facebook. Will your 18th Council be like those who preceded it; making the sword that slaughters the people of the country and placing it in the hands of those who do not observe on them any pact of kinship or covenant of protection, or will the council preserve the remaining dignity, security and rights of the people of the country by turning down the draft of this man-made law, which codifies and legitimizes the injustice and oppression of the people, the so-called law amending the Penal Code for 2017?

“O My servants, I have forbidden oppression for Myself and have made it forbidden amongst you, so do not oppress one another.” (Hadith Qudsi)

“And who is more unjust than one who is reminded of the verses of his Lord but turns away from them and forgets what his hands have put forth?”