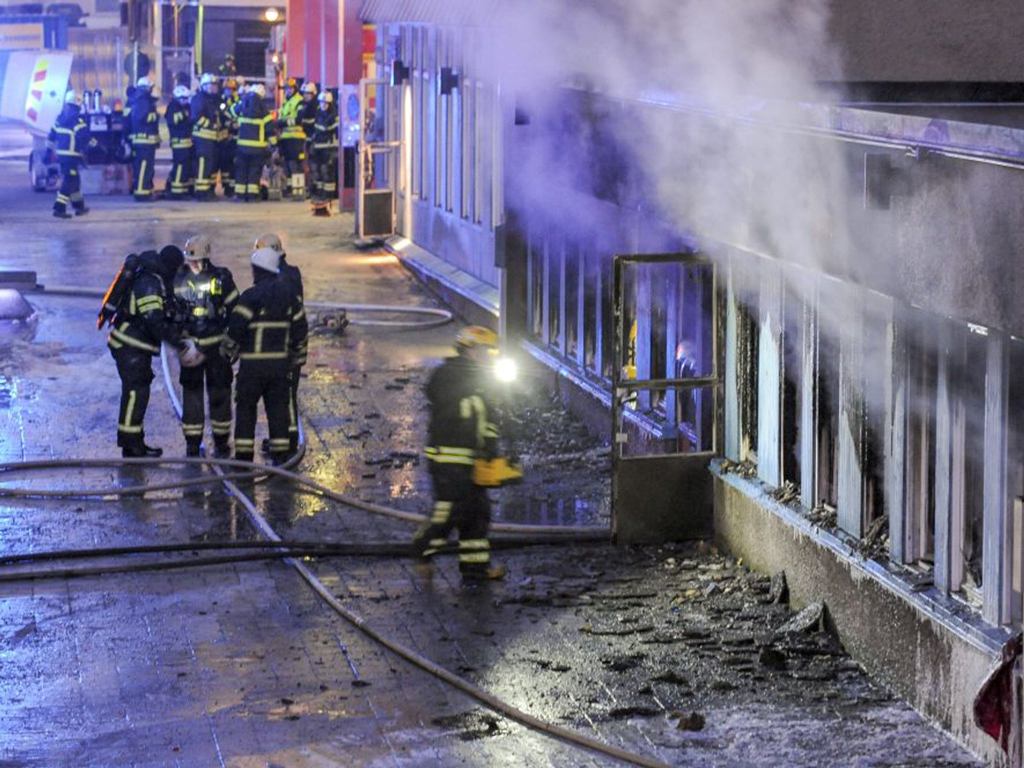 Allah, the All-Knowledgeable, the All-Wise, has created man and has enacted provisions for him to regulate the affairs of his life, regardless of his religion or race. This system creates a distinct society and an example of coexistence among all peoples, and guarantees the rights of all nationals as subjects. This system and this revelation is the Islamic Sharia, which is the set of rules and laws that regulate society, and it is the one that obliges women to wear headscarf (Khimar), so we are proud and honored by this ruling (wearing Khimar) because it comes from the All-Knowledgeable Creator who knows the best of what a human being needs.

The policy of hostility and hatred towards Islam and Muslims in Sweden is not a new thing, and we, as Muslims, can no longer stand, watch and wait until we are prevented from practicing our religion. We cannot remain silent while we see policies of deception practiced against our children and families, and we also see prejudice against Muslims. This hostile policy against us is to pressure us Muslims to abandon some provisions of Islam. We must assume our responsibility as an Ummah, not as individuals. These restrictions and policies are not directed against a specific group or against so-called extremists. They target all Muslims and their hostile policies will, sooner or later, affect all Muslims. We must confront these decisions with legitimate means and in the media, and shed light on the injustice that is occurring to us as Muslims. We Muslims must act and work as one body, and stand up to these challenges as one man – based on the foundations of Islam – and put our internal differences aside.

The Western world has tried for years to strip the veil of Muslim women to “liberate them,” as they claim, by forcing them to take it off. The truth is that by doing so, they are undermining their own principles and freedoms in their worthless attempts to “liberate” women. The fact is that Muslim women are proud of their Creator’s command and do not give weight to the freedoms that exploit, oppress, and oppose women. Use of these flimsy arguments to ban the Khimar and coerce Muslim women to take it off is an indication of the weakness and flouting of secular values, and testifies the power of the ideas of the Islamic creed.

The Conservative Party and the Swedish Democrats and those municipalities and other parties that have tried before, and those which will try in the future, to criminalize Islamic practices, are all complicit in reinforcing the prevailing negative atmosphere, which puts Muslims under suspicion and exposes them to racism and prevents them from being active members of society as Muslims, that is the atmosphere that forces Muslims to either dissolve in society and give up their Islamic values ​​in order to be part of Swedish society, or exclude them from society and distance them from it. The Almighty says: يُرِيدُونَ أَن يُطْفِؤُواْ نُورَ اللهِ بِأَفْوَاهِهِمْ وَيَأْبَى اللهُ إِلاَّ أَن يُتِمَّ نُورَهُ وَلَوْ كَرِهَ الْكَافِرُونَ “They want to extinguish the light of Allah with their mouths, but Allah refuses except to perfect His light, although the disbelievers dislike it.” [At-Tawba: 32]

We in Hizb ut Tahrir, urge Muslims here in Sweden to stand up to these policies and call on them to work to support their religion, and to abide by the rules of Islam and to be united in challenging these decisions that prevent us from exercising the rules of our religion. What is happening in Sweden is part of the global war on Islam, so we invite Muslims to join our work to protect the Islamic identity.