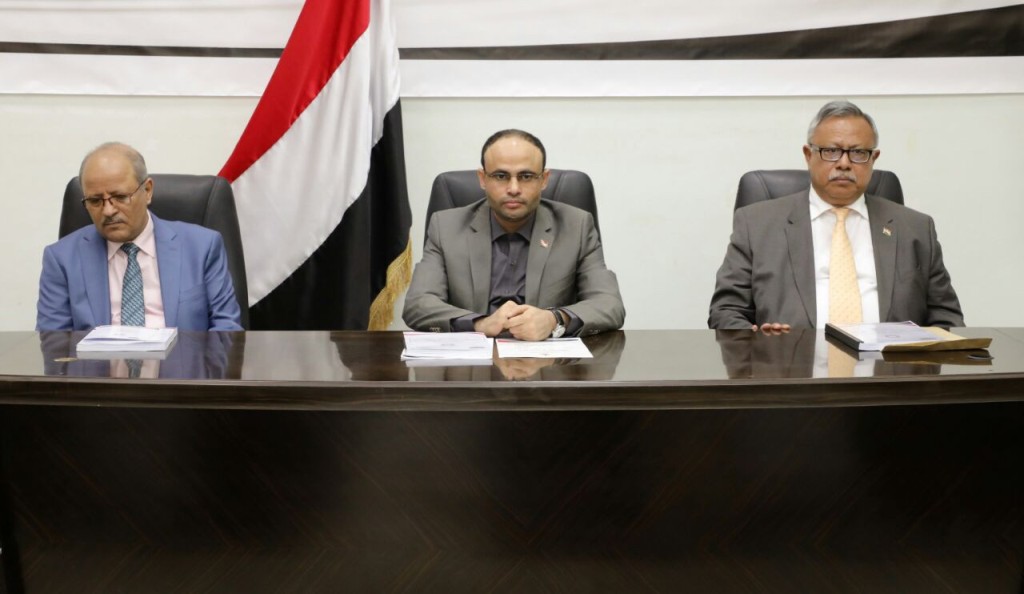 The daily Al-Thawra Newspaper, published in Yemen, reported on Tuesday 24/11/2020, the congratulations of the President of the Supreme Political Council, Mahdi Al-Mashat, to the resident of Baabda Palace in Beirut – Lebanon, Michel Aoun, on the occasion of Lebanon’s independence!

Was Mount Lebanon stripped off Al-Sham so that France could seize it as a spoil of war, after it was unable to take all of Al-Sham?! Al-Sham is but one of the vast Muslim lands that were subject to division after the absence of its protector – the Khilafah (Caliphate) – by the agreements of Sykes-Picot, Sevres and Lausanne on the basis of national borders that Muslims were not familiar with. One of the enforcers of the division of Muslim lands in reality, the British “the one with the shattered jaw,” Glubb Pasha, founder of the Jordanian army and commander of the armies of Egypt, Jordan, Iraq and Syria to instill the Jewish entity in Palestine in 1948, in separating the country of the Two Holy Mosques from Iraq, said, “It seemed clear to the British government that the first move in settling the conflict between the two neighboring countries is the demarcation of the borders separating their territories, and such a proposal was something completely new to the people of Najd and they looked at it with a look of deep suspicion, since no one had ever heard of the international borders in the Arabian Peninsula, as the whole region was inaccurately arranged as part of the Ottoman Empire for four centuries…”.

Doesn’t Mahdi Al-Mashat and his companions see that these congratulations for the separation of Lebanon from Al-Sham and other Muslim lands contradicts the unity of Yemen, which they say is obligatory, or will their descendants send congratulations to the residents of the governing residence in Aden whose ancestors separated southern Yemen from its north?

Or is Al-Mashat walking the path of those who preceded him, who sat in the seat of power and approved the separation of the Muslim lands, and kept separating them in order to fulfill the interests of the Western colonial states, inch by inch?! What is the difference between you and the corrupt and unjust rulers, then, about whom you talk every day and night, while you follow their footsteps?!

America, which was sure of the victory of the coalition countries at the end of the First World War, joined the side of that alliance, and is working today to formulate a new Sykes-Picot agreement, a hundred years later, so do you approve their continued fragmentation of Muslim lands before their eyes and without their consent? You seem content of its action! And you did not listen to the speech of Allah (swt): وَاعْتَصِمُواْ بِحَبْلِ اللَّهِ جَمِيعًا وَلاَ تَفَرَّقُواْ “And hold fast, all together, by the rope which Allah (stretches out for you), and be not divided among yourselves;” [Al-e Imran:103].

Allah (swt) has ordered Muslims to unite, and not be divided among themselves, as did the Messenger of Allah ﷺ when he obliged the appointment of a Khaleefah over the Muslims, he ﷺ said, «وَمَنْ مَاتَ وَلَيْسَ فِي عُنُقِهِ بَيْعَةٌ مَاتَ مِيتَةً جَاهِلِيَّةً» “Whoever dies and did not make an oath of allegiance (to the Muslim leader) has died a death of jahiliyyah.” (Narrated by Muslim), and he ﷺ also said, «كَانَتْ بَنُو إِسْرَائِيلَ تَسُوسُهُمْ الْأَنْبِيَاءُ، كُلَّمَا هَلَكَ نَبِيٌّ خَلَفَهُ نَبِيٌّ، وَإِنَّهُ لَا نَبِيَّ بَعْدِي، وَسَيَكُونُ خُلَفَاءُ فَيَكْثُرُونَ». قَالُوا: فَمَا تَأْمُرُنَا؟ قَالَ: «فُوا بِبَيْعَةِ الْأَوَّلِ فَالْأَوَّلِ، أَعْطُوهُمْ حَقَّهُمْ فَإِنَّ اللَّهَ سَائِلُهُمْ عَمَّا اسْتَرْعَاهُمْ» “The People of Isra’eel used to be ruled and guided by prophets: Whenever a prophet died, another would take over his place. There will be no prophet after me, but there will be Caliphs who will increase in number.” The people asked, “O Allah’s Messenger ﷺ! What do you order us (to do)?” He said, “Obey the one who will be given the pledge of allegiance first. Fulfil their (i.e. the Caliphs) rights, for Allah will ask them about (any shortcoming) in ruling those Allah has put under their guardianship.” [Agreed upon].