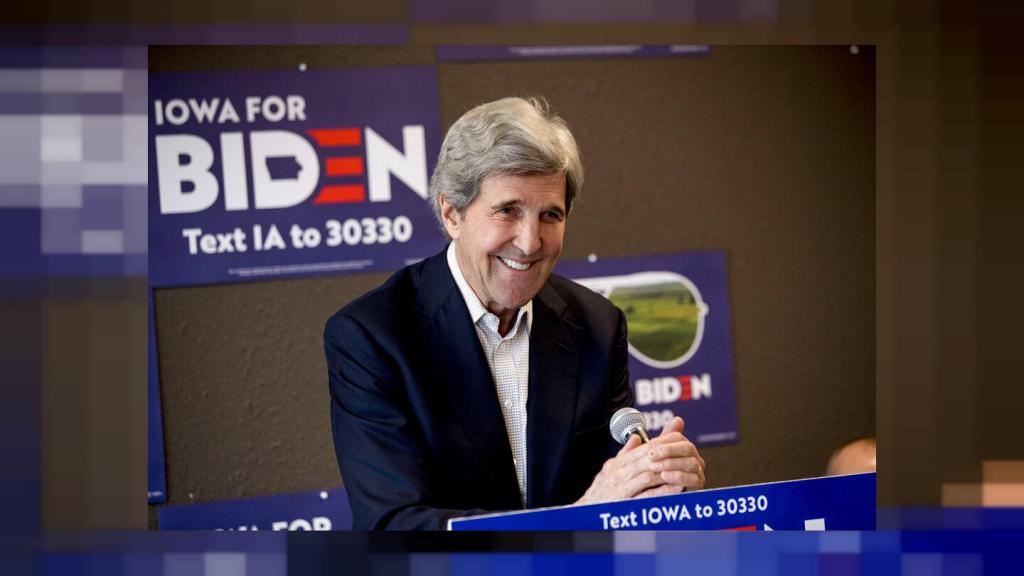 This week, as US President Donald Trump has finally given his consent for the federal government to cooperate with the Biden transition team, US President-elect Joe Biden has made progress in announcing key staff positions. A significant addition is the appointment of John Kerry as climate envoy with a seat at the National Security Council, the exclusive high-powered body responsible for driving US strategic policy. John Kerry is a highly experienced senior establishment official, having worked for decades in international affairs, and served as Chairman of the Senate Foreign Relations Committee during President Barack Obama’s first term, as well as Secretary of State in his second term.

The appointment of such a senior official indicates the importance of the climate issue in the years ahead. American wealth is built not on genuine domestic economic activity but on its exploitation of the wealth and resources of the world, most notably energy sources of oil and gas, which has generally accounted for perhaps a third of global trade. Meanwhile Britain, whose wealth is more broadly based because of its greater legacy of colonial possessions, has been constantly attacking American oil, since the OPEC price hike of the 1970s. The global movement against climate change is just another British initiative against American Big Oil. It is true that the climate is indeed changing because of Capitalism’s brutal abuse of it but Britain is interested only in exploiting this issue to damage America and is not genuinely committed to prevent harm to the planet. Trump had tried to counter the British attack by boycotting the 2015 Paris Climate Agreement, but Biden is expected to use a more diplomatic approach to secure American interests.

Western powers will continue to compete against each other, ravaging the planet we all live on until Muslims are able to re-establish their righteous Islamic Khilafah (Caliphate) State on the method of the Prophet ﷺ which will restore the Islamic way of life that accords fully with human nature, and be the true and sincere guardian for all of humanity and the world we live in.

As America nears its transition, countries across the world are preparing themselves for working with the incoming US administration. Iran is one such country, which presents itself as an enemy of America but is in reality always looking for opportunities to cooperate. The two main factions dominating Iranian politics, the state faction and the Revolutionary Guards faction, known in the West as moderates and extremists, have both previously cooperated extensively with American interests. The state faction has cooperated with America since before the revolution, facilitating the transition of power from the Shah; the state faction is the most convenient agent for US interests. However, in recent years, the US has also made full use of the Revolutionary Guards, employing them in service of US objectives in Iraq and Syria but America considers the work there to be complete and is presently pressuring the Guards to withdraw from these theatres. Iran is thus, on the one hand, furiously seething at its rough treatment by America, while on the other hand making gestures of cooperation, such as the release this week of the imprisoned foreign academic Kylie Moore-Gilbert, or the comments by Iranian President Hassan Rouhani, according to ABC News, that if Iran and the US could find a path back to “the situation on Jan 20, 2017”, which was when Trump began his presidential term, then “it could be a huge solution for many issues and problems”. Meanwhile America cares little for such overtures as indicated by news of the assassination of prominent Iranian nuclear scientist Mohsen Fakhrizadeh.

Turkey has traditionally been an orbital state shifting between allegiance to Britain and allegiance to America. But with the decline of global British influence, and the shift in power within Turkey from military to civilian control, Turkey is increasingly fully American in its governance, President Recep Tayyip Erdogan diligently following US policy objectives in every issue that he becomes involved in. Consequently, it is no surprise that Europe is toughening its position towards Turkey. This week the European Parliament urged the EU to impose sanctions on Turkey calling Turkey’s gas exploration in the eastern Mediterranean illegal, after Erdogan this month paid a visit to Turkish Cyprus, and France is expected to push for EU sanctions on Turkey in next month’s European Council meeting. It is astonishing to see Muslim leaders opposing particular Western countries while serving other Western masters but not thinking to ever oppose the West in service of the interests of Islam and Muslims.

Western media is widely reporting a secret meeting between held in the new Saudi city of Neom between the crown prince Mohammad bin Sultan and the prime minister of the illegal Jewish entity, Binyamin Netanyahu, apparently in the presence of outgoing US Secretary of State Mike Pompeo, who is leading final efforts for the normalisation of relations between the Jewish entity and Arab countries. Muslim rulers, agents one and all, are desperate to please their Western masters by achieving this objective. They fear not Allah (swt) but their own Muslim populations. The Saudi kings have long built their legitimacy on upholding Islam, even though they brazenly neglect the divine rules in affairs of ruling, foreign policy and the economy. Indeed, Saudi already tacitly cooperates with the alien Jewish monstrosity. But what remains is for them to make this public, so that they can openly boast of their loyalty and service to America. With Allah’s permission, the re-established Islamic Khilafah State shall unify Muslim lands under its leadership, liberate all occupied territories and eliminate the illegal Jewish entity, just as the Khilafah (Caliphate) eliminated the illegal Crusader entity that existed in the same place a thousand years ago.