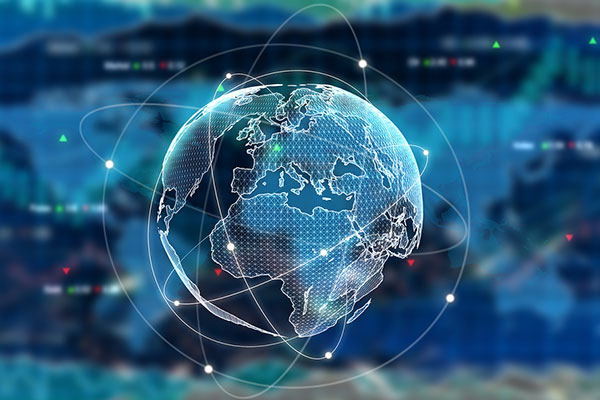 This article is an extract from the forthcoming, annual Khilafah.com report, Strategic Estimate 2019. The report assesses the state of the global balance of power and the key issues that will affect it and the emerging trends. The full report will be published around 1 January 2019

The global economy is changing as the economic architecture developed in the environment after World War 2 (WW2) is in a flux. Divergent interests between countries and blocs from preserving the post-WW2 system, is shaking up international commerce.

In the ashes of WW2 the US gathered the capitalist nations in Bretton Woods, New Hampshire, USA, and laid the architecture of the post-war economic world. In the decades after the war, the US set up a system where liberal economies would all benefit from free trade with the US at its centre. Europe joined this system and eventually Japan joined as well. Borders and tariffs gradually fell away as the General Agreement on Taxes and Tariffs (GATT) led on to the creation of the World Trade Organisation (WTO). The globalised world then emerged after the collapse of the Soviet Union in 1991 and with it the end of communism in the international stage. Globalisation provided the foundations for rapid, manufacturing-led growth in such countries as China, which eventually acceded to the US-led institutions.

But as its membership grew and became more diverse the WTO stalled, and can no longer reach a consensus on how global trade should move forward. Trade liberalisation failed to keep pace with the developments of the modern economy. As Western economies developed in areas such as services and digital commerce, the rules at the WTO — strong on goods but weak on services — were left behind. Unable to advance on a multilateral front, like-minded countries began negotiating trade pacts in smaller groups, such as the Trans Pacific Partnership (TPP), which was designed to be the model for a comprehensive modern trade agreement, and the fledgling Trade in Services Agreement (TISA), intended to liberalise that sector among member countries. The WTO remains, merely an enforcer of rules involving the trade of goods.

The first challenge against the trading system has come from the mother who gave it its very birth – the US. The world’s largest economy is resisting against the ties that bind it by directly questioning the system. It is challenging the WTO itself by refusing to approve judges for the appellate body that handles trade disputes, while also invoking unilateral trade remedy procedures that have not been used since the 1980s. In 2017 the US withdrew from the TPP, and it began to renegotiate its trade deals with Canada and Mexico via NAFTA (the North American Free Trade Agreement) and with South Korea (US-Korea Free Trade Agreement).

The US administration under Donald Trump wants to return to a world of bilateralism, where deals are negotiated between two countries instead of many; this is a world that would suit the larger competitors to the detriment of the smaller nations. America’s role in the global system is now the source of dissatisfaction for many in the US. By giving the system its birth, by having its currency as the reserve currency, by having a borderless world, this caused investment to flood into the US and helped to create a consistent trade deficit. Today foreign investment in the US exceeds US investment overseas.

The primary source of US dissatisfaction is right across the Pacific – China. The world’s second-largest economy took full advantage of the trade infrastructure put in place by the US and it has used it as a platform to achieve astronomical growth over the past three decades. WTO membership allowed China to build a global factory, which takes in materials from the developing world and assembles them into products that it sells to developed markets. With no tariff barriers to hide behind, those markets struggle to defend against this influx. The lack of global rules on such modern trade topics as services and non-tariff barriers suit China. Because of its historical suffering at the hands of foreign powers, the Middle Kingdom prizes control and sovereignty above all, and it is particularly wary of any interference with its laws and governance. Trade liberalisation with goods largely involves the reduction of tariffs at the border, while liberalisation with services involves issues inside the border. A world where the trade in goods is liberalised (allowing China to export its products) and the trade in services is not (letting China keep maximum control) is thus perfect for the Chinese. As a result, China is highly motivated to maintain the status quo and defend the WTO, but it is wary of progress and ‘modern comprehensive trade deals,’ such as the TPP.

The EU continues to follow the status quo. With a modern and developed economy, the bloc wants agreements with its major trading partners that cover areas such as services and the digital economy. The EU sees itself as a model for other countries to follow and as a result wants to be setting global standards in trade that will be adopted around the world. So, whilst it wants to preserve the status quo Europe is pushing to keep moving forward.

In the decades after WW2 Japan was the reluctant liberaliser. It prioritised the export of goods and resisted any attempts to reform Japanese laws or regulations, helping it protect its weak services sector. But now it has been overtaken by South Korea in key trading markets and with China’s rapid rise, Japan has decided to join the global conversation. Japan and Europe have both been trying to keep the free trade dream alive by pursuing as many large and comprehensive trade pacts as possible, including a large trade deal between them in 2017. The EU has also signed a pact with Vietnam and has expedited negotiations with Australia, Mexico and one of South America’s trade blocs, Mercosur (Common Market of the South). Japan for its part has been instrumental in keeping the TPP (now the CPTPP, or Comprehensive and Progressive Agreement for TPP) alive after the US withdrawal and it hopes that the US can be persuaded to re-join later.

The UK is about to leave the relative comfort of the EU, which receives 43% of its exports and is the source of 54% of its imports. The world’s fifth-largest economy will likely find it easy to strike trade deals with manufacturing exporters but in the export of services, where it is strongest, the UK will find its domestic companies are guaranteed little protection abroad by WTO rules. A post-Brexit UK will need join a group of countries, such as Japan and the EU, that are actively signing comprehensive trade agreements and looking to modernise global trade standards to better reflect their economic needs.

India faces a different challenge. A million workers enter its economy every month, India must find jobs for them all. It would ideally like to do this by creating a manufacturing industry the same manner as China and Japan did before it; that aspiration faces many infrastructural, political and geographical constraints. India’s strength is in services and it remains weak in agriculture and manufacturing. As a result, it is poorly positioned for the current global trading system in which goods trade is liberalised and services face barriers and it has long been a difficult and protectionist voice in multilateral negotiations. India will thus be looking with increasing urgency for ways to reduce barriers to its services exports, often by negotiating bilateral pacts. But with the liberalisation of the trade in goods often being the starting point in any negotiation, it will be held back by its innate protectionism.

Global trade is therefore in a flux. The US wants a different global trading system as the one it created no longer serves it. China and the EU, the two possible contenders to replace the US in a new global trading system have differing views on how to proceed, making it unlikely that two of the world’s three economic hubs can align as the EU and the US did for so many years. The one regional pact that has momentum — the Comprehensive and Progressive Agreement for Trans-Pacific Partnership (CPTPP) — includes neither the EU nor China. China’s equivalent pet project, the Regional Comprehensive Economic Partnership (RCEP), looks hamstrung by the divergent interests of its members. It contains China, which is averse to services liberalisation: India, which only wants to discuss services liberalisation; Japan and Australia, would like to discuss comprehensive goods and services liberalisation in the manner of the CPTPP. With the US no longer willing to lead on the current system of world trade, the field it leaves behind looks disparate and diverse, with many different countries pursuing their own interests and priorities.

On everything related to economics China is now coming out top, it is now the world’s largest economy (based on purchasing power basis), the world’s largest exporter and the largest spender on Foreign Direct Investment. China is in a strong position to make political use of its position especially now that the US has begun to abandon the economic order it built in order to deal with the rise of China. It remains to be seen what architecture China attempts to build and what the US will replace with the order that served it so well for seven decades.