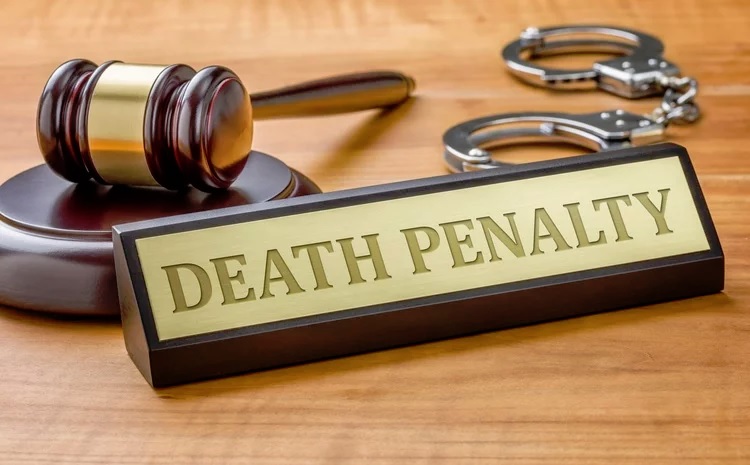 For the past few months, the new Pakatan Harapan government has aggressively pursued decisions and policies that seem to run contrary to the wishes of the people and at times are simply contradictory to Islam. One of the issues that is still being discussed heavily in the media until today is the abolishment of the death penalty for 33 offenses under eight acts of law.

According to Amnesty International (2015) report, capital punishment is still practiced in 56 countries. The death penalty is opposed, by an average person living in today’s man made system, simply by the opinion that the sentence is cruel, inhumane and is contrary to the principles of human rights because seizing one’s life means denying his right to enjoy life. In the Universal Declaration of Human Rights made during the United Nations General Assembly on 10 December 1948, the verdict on death sentence is summarized under Article 5, ‘Freedom from torture or cruel, inhuman or degrading treatment or punishment’. Among the arguments used by human rights proponents to reject the death penalty are that there may be error in sentencing, that death sentence does not really prevent crime and that the sentence is usually only carried out on the weak and the minorities. Careful scrutiny of the arguments will show that they don’t hold water. Despite those arguments, one would never be convinced of the reasons for the denial of the death penalty. In fact, what the arguments reveal is that what we have today is a corrupt and weak judiciary system, and that is the real reason behind the worries and demands for the abolishment of the death penalty.

How do these arguments against death sentence fare in Islam? In Islam, the method of ‘al-aslu bara’atu ad-dzimmah’ (the default state is absence of liability) is a principle that emphasizes justice for the claimant and the accused. Islam also emphasizes the importance of a judge being cautious in executing punishment. Islam by default strives to avoid errors in sentencing.

The Prophet ﷺ said, «ادرءوا الحدود عن المسلمين ما استطعتم فإن كان له مخرج فخلوا سبيله فإن الإمام أن يخطئ في العفو خير من أن يخطئ في العقوبة» “Declare (judge) the hudud law of the Muslims as long as you can, if there is a way out then free him because indeed a leader who is wrong in giving forgiveness (not to fall into judgment) is better than a mistake in imposing punishment on the innocent” [Tirmizi and Ibn Majah].

In arguing that the death penalty does not prevent crime, studies found that the period of waiting for the execution is the real cause of the death sentence not being effective in reducing crime rate. In Islam, besides aiming to redeem the offense (jawabir), the system of punishment also serves to prevent (zawajir) the occurrence of crime. Hence, punishment is openly publicized as a lesson and warning to the audience who witness the sentence. Besides that, punishment such as qisas brings about honour, preservation of life and security in society. Allah (swt) says, وَلَكُمۡ فِى ٱلقِصَاصِ حَيَوٰةٌ۬ يَـٰأُوْلِى ٱلأَلبَـٰبِ لَعَلَّكُمۡ تَتَّقُونَ “And in the qisas sentence there is a guarantee of life for you, O people of understanding, that you may be cautious,” [al-Baqarah (2): 179].

On the argument that the death sentence is most likely to be imposed on the minorities and the weak, this opinion was voiced in a statement by human rights experts in the United Nations in conjunction with the World Day Against the Death Penalty, 2017. Such is the case in today’s biased democratic-capitalist judicial system characterized by the rule of man that promotes discrimination and prejudice. In Islam, justice is implemented regardless of social background, skin colour and status of a person. Rasulullah ﷺ said, «إِنَّمَا أَهْلَكَ الَّذِينَ قَبْلَكُمْ ، أَنَّهُمْ كَانُوا إِذَا سَرَقَ فِيهِمُ الشَّرِيفُ تَرَكُوهُ ، وَإِذَا سَرَقَ فِيهِمُ الضَّعِيفُ أَقَامُوا عَلَيْهِ الحَدَّ ، وَايْمُ اللَّهِ لَوْ أَنَّ فَاطِمَةَ بِنْتَ مُحَمَّدٍ سَرَقَتْ لَقَطَعْتُ يَدَهَا» “Woe to those before you, those whom when an honourable person steals, they give leeway to him and when a weak person steals from them, they cut his hand. By Allah, if Fatimah binti Muhammad steals, I myself will cut off her hand.” [Bukhari and Muslim].

The reality is that the outbursts on the abolition of the death penalty are simply voices that carry the culture, views and values ​​of the decrepit Western civilization which are based on limited and weak human reason. Islam on the other hand has a special view on the principles of justice and guarantees the rights of human beings derived from the revelation of Allah (swt), the Creator of the Universe!

So, who are we to say that what Allah (swt) has revealed should be abolished?