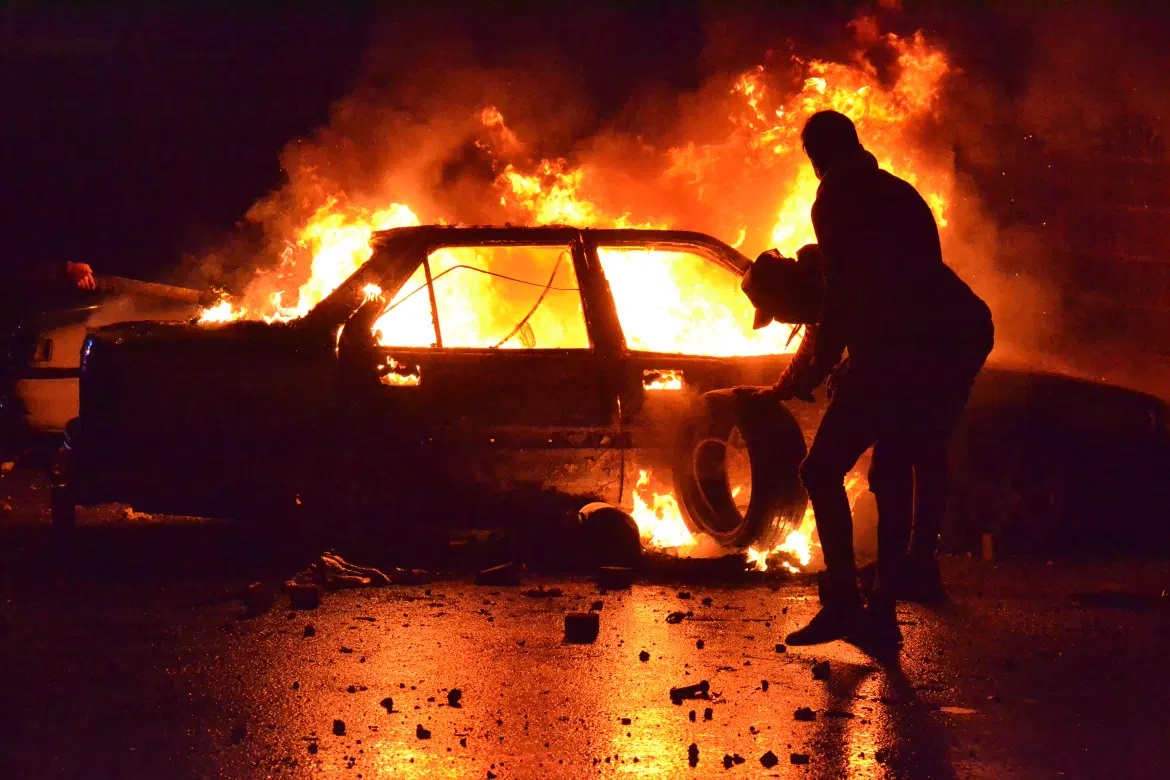 In light of the harsh conditions that the country is experiencing, from a movement that has been taken over by the various power parties, to the Coronavirus pandemic crisis that has struck the country, so people die at the doors of hospitals, are treated in parking lots, and respirators have been seized from them until the quotas are completed. The exchange rate of the lira collapses against the dollar resulting in people losing the value of what is left of their salaries and savings, in addition to those who do not find salaries but rather live on their day and night subsistence, even these have been suffocated by the complete closure of the country under the pretext of fighting the Coronavirus pandemic!

With the country and the people tossing between the Strong Covenant – as he and his current like to call it – and the government of discharge that does not appear except on occasions, and the designee who does not apologize even if the roof falls over him and the ground cracks underneath him under the pretext of the interest of the country and the people, and the old warring parties that seize the opportunity to swoop down on power, as if they were not of this same corrupt, corrupting class!

In this total darkness, the whimpering of the simple people in the country was stripping hearts, especially in Tripoli Ash-Sham, which for many years had suffered and continue to suffer from neglect, this whimpering that its people had always expressed, without shedding blood or insulting an honor or destroying what was left of their city which makes it stand on its feet, even though the weight of the movement focused on it, and it was called the Bride of the Revolution.

But today they come those who appear to be following a systematic method in shedding blood, violating honors and destroying property. and here we have the right to ask:

Is it possible that these are from the people of the city or who is keen on it, or as someone said: Does a bride tear her wedding dress?!

Can you believe that the starving people of Tripoli Ash-Sham burn their homes (the Sharia Court, the municipality … etc.)?!

Or is this one of the fruits of the visit of the American ambassador, who promised to develop Tripoli, as she claimed?! Is it not the raven who snared at those she visited: that the state is collapsing, and so are its institutions?!

Or are these fires one of the fruits of the strong Covenant that promised to deliver the country better than it was?!

Or is it the 900,000 jobs promised by the movement and its sheikh, and burned what remained of Tripoli’s jobs in the court and the municipality?!

Or is it perhaps one of the fruits of “Al-Assad or we burn the country” and his supporters, in revenge for the country and its people for standing by the revolution of their people in Ash-Sham?!

Or is it the fruit of resistance to the enemy, and the destruction of those who still can stand up to resist the oppressor?!

Or is this the support of friends who support the revolution?!

We accuse them all, and we do not exclude anyone from them, for everyone has a finger in destroying the country. We accuse them of wanting to burn the country and its people to the last survivor. These are like crows and hyenas who only live on ruin and carrion. Wretched are your politics and miserable are your leaders!

O our People in Lebanon in General,

The thieves of the existing authority are as if they want to make Tripoli a post office for a message that reaches all the starving people in Lebanon: If you take an effective move, the consequence is what you see, devastation and destruction, as if it is the American cloning of the model of the elimination of the Ash-Sham Revolution, since such moves due to the tight living began to move even to unexpected areas in Lebanon, and thus the corrupt political class achieves more looting and control of institutions, and that these serious damage than the epidemic itself, which was only exacerbated by their failed decisions.

O our Sons in the Security Forces and the Army,

Beware, then beware, not to be indulgent with shedding the blood of your people. The Messenger of Allah (saw) said:

“A believer continues to guard his Faith (and thus hopes for Allah’s Mercy) so long as he does not shed blood unjustly”.

O Muslims in Tripoli of Ash-Sham,

What is happening is the malicious destruction of your city, Tripoli Ash-Sham and the failure of the authority to protect your landmarks and leave the infiltrator groups to sabotage them without any deterrence, and the attempts to hit each other and make hostility as if it is between you and your sons in the security institutions through the shedding of their blood and yours. All of this requires you to hasten scholars, notables, and the sincere people to stand together, to refute the slander on you that you are the ones who carry out such shameful acts, and to prevent diverting the orientation from demanding the most basic rights, until you stand in the face of each other, and this is exactly what serves the dilapidated authority seeking more control and looting.

In conclusion, we appeal to you not to fall into the trap set by the authority. You have already tasted and known its traps, so not to offer it a service to extend its life after it reached close to collapse.

Finally, we beseech to Allah to protect Tripoli and Lebanon from the deceit of corrupt agencies, thieves of power, and malicious hostile embassies, and that Allah Almighty will send, with the approach of a hundred years from the destruction of the Caliphate, who will renovate its religion for it, confirming the hadith of the Prophet (saw):

“Allah will raise for this community at the end of every hundred years the one who will renovate its religion for it.”

Then there will be the second Khilafah Rashidah (rightly-guided Caliphate) like the first one which was led by Abu Bakr, Omar, Othman and Ali, May Allah be pleased with them all.