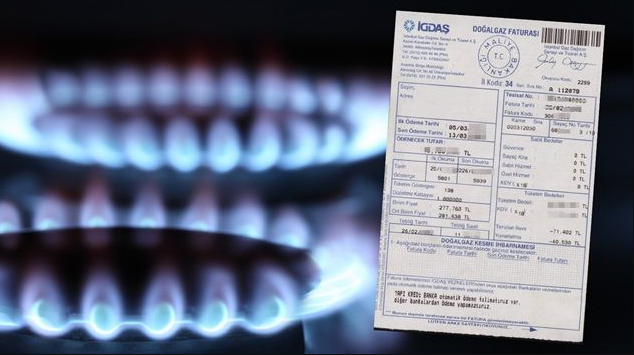 The Turkish government has taken a new decision to increase the price of gas by 14.90% as of September 1st, and when we take into account the increase of 14.97% imposed last August, the increase imposed on gas prices becomes 30%. This rate has risen in the past year to 53.8% through five consecutive increases.These increases came in contrast to the statement of the Minister of Energy and Natural Resources Fatih Donmez on 27 March 2019 that: “There will be no increase in the prices of gas or electricity in the coming period” wishing the citizens goodness and blessings. Indeed Gas prices in Turkey are rising at a time when their prices in world markets are falling by 50%!

The price hikes were not limited to gas, but the new increases included everything through generalizations issued after midnight, from electricity and water prices to school students’ services, from food to public transport. Not long ago, prices of sugar and tea rose by 16%, transportation by 25%, and different rates on liquid fuels. So with every price hike, people lose the purchasing power of their money and are driven into poverty, to the point of suffocation.

The most common feature of all capitalist rulers is to deceive the people and break promises, as if it is a gene that is permeating their genes, and that this field has become their field of expertise and specialization. Thus, wage increases are a form of deceit by the rulers to the people, as they usually do. Indeed, the prevalence of inflation and rising prices is not surprising. The Authority has planned these increases since the municipal elections on March 31st, but postponed their application to prevent losses in the re-elections in Istanbul. Now these deferred increases come to life one by one. Moreover, these increases came in the form of ridicule and disregard for people in the name of regulations and updates.

While the PA has increased the prices of basic necessities such as heating, transportation and consumer goods at rates ranging between 30% and 50%, it decides to increase the salaries of employees and workers by 4%, while the salaries of the deputies and senior officials of the state bureaucrats are increasing in large amounts! And while people seek survival in the face of poverty and economic crises, the pillars of the state continue to live comfortably and lavishly. They do not care about the lives of the people, and do not pay any attention to their needs, the only thing they care about is their own lives and interests, that they are above everything else, as for the affairs of the people, it is not something they care about, except that which fulfils their interests.

Despite all this, President Erdogan and Treasury Minister Bara’ah Albayrak have always talked about the continuous improvement of the economy, and that things are fine, belittling the minds of the people. But Bara’ah Al-Bayrak’s assertion that “inflation will decline, and benefits will fall” no longer has value for the people, because the people no longer see dragon fruit on their tables, which now only serve dry bread, and are no longer fooled by hypocrites who are begging for their voices. The tables of officials and rulers however, know no poverty or deprivation. This means that there is a great disparity between the world of rulers and the world of the citizens, and the high prices are only aimed at the pockets of the citizens, and does not knock the doors of the rulers.

The government that has governed the country for 17 years bears the people the bill of economic crises resulting from the capitalist economic system which it has been implementing, and the failed economic policies through inflation and high prices, and this is injustice. Although these rulers who apply the capitalist system are well aware that this oppressive system does not have in its structure solutions to the crises and problems it generates, they continue to apply and maintain it without justice and mercy. They should never forget that as long as the capitalist economic system is in place, these injustices and their likes will continue and will not end. Allah (swt) says:

“So that it may not circulate solely between the wealthy among you”
[Al-Hashr: 7].