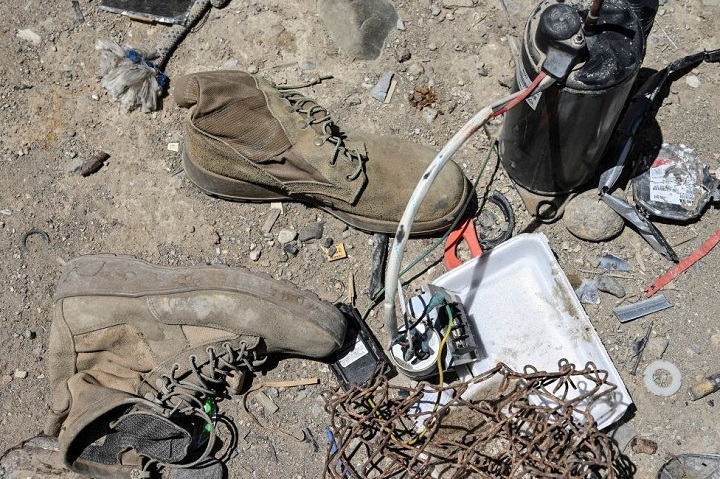 Nearly 20 years later, the last squad of American troops left the Bagram Airbase. Such an evacuation represents the end of US and NATO military missions in Afghanistan.

The Bagram Airbase, once home to tens of thousands of American troops which and considered a symbol of US authority in the region, has currently turned into a ruined compound.

“So those are their houses, desolate because of the wrong they had done. Indeed, in that is a sign for people who know.”
[An-Naml: 52].

This Airbase was the key headquarter of the occupation forces from which thousands of warplanes used to take off, on a daily basis, to kill innocent Afghans.  Besides, at the heart of this Airbase was a dreadful prison where no humane values ​​were observed. The extensive size and heavy facilities in the Bagram Airbase almost made some people think that the evacuation of the base and the withdrawal of American troops from there was sort of an impossible option. However, Allah (swt) is far greater who drowned the infidels themselves into their cunning plots as this dream turned into a reality together with the Nussrah and support of intellectual, political and military struggles of the Muslim people and the Mujahedeen of Afghanistan.

Twenty years ago, when the American occupation forces invaded this land, most people went under an illusion by perceiving the US and NATO to be the “angels of salvation”. But the reality is that the US is a monster of terror which hides itself behind deceptive slogans, i.e. humanitarian aid and human rights advocacy. Now that US troops are leaving, it’s time to highlight their legacy in the country. This legacy is nothing but a fragile ruined state filled with grave political and social chaos, being exposed to another devastating war, unemployment and poverty.

Undoubtedly, the humiliating withdrawal of American troops from Afghanistan also reveals the fragile power of the US in the world which implies that the US is in the brink of severe decline as with the re-establishment of the Khilafah Rashidah (rightly guided Caliphate) upon the method of the Prophethood, the casket of the US will be strongly nailed which help the entire humanity to get rid of the atrocities of the arrogant of the time, the US. This is indeed the exalted manner of Allah (swt) who undeniably destroys any oppressive and rebellious powers.