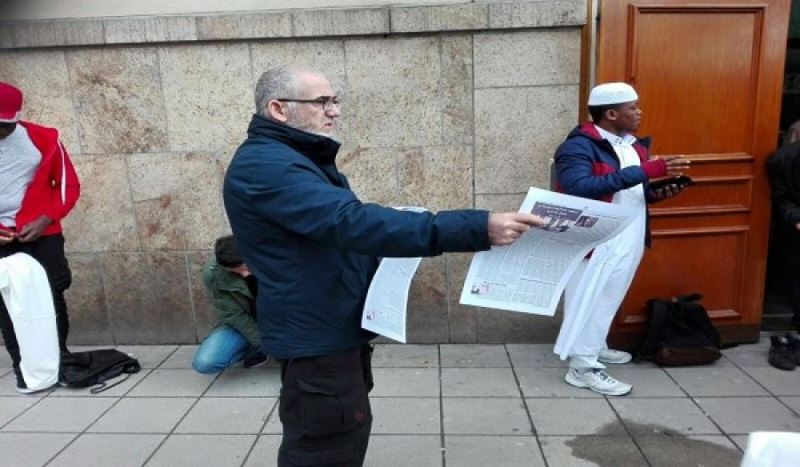 Hizb ut Tahrir / Scandinavia launched the campaign “Use your voice, but not in the election!” in Sweden during the summer. It consisted of a series of activities such as videos, distribution of campaign booklets, gatherings and interaction with Muslims.

The core message of the campaign has been how Muslims can be active in society without compromising their Islamic identity. The campaign and its content has been eagerly discussed among Muslims as well as on social media. It has been successful in effectively presenting the Islamic perspective and affecting the debate about the election in Sweden and Islamic political activism. The campaign also attained a large media attention and has been criticised for working against democracy.

In light of the above, we, Hizb ut Tahrir Scandinavia, would like stress the following:

1- Hizb ut Tahrir is a political party, solely based on Islam, which works for the resumption of the Islamic way of life via the establishment of the caliphate in the Islamic world. Muslims in the West are exposed to a massive cultural and political pressure, which aims to assimilate the Muslims and erase their Islamic identity. Hizb ut Tahrir therefore works in Western countries to protect the identity of the Muslims by enlightening and cultivating Muslims with the thoughts of Islam, as well as linking them to the global community of the Muslims and their important issues. Thus, Hizb ut Tahrir does not work to overthrow the system in Sweden or any other country in the West.

2- Hizb ut Tahrir does not accept democracy as a system of governance, as it is based on secularism, which contradicts Islam. Democracy determines that man legislates, while according to Islam, only Allah, the Almighty Creator, has the right to legislate. In addition, we consider democracy to be a system that overwhelmingly serves the capitalists and the interests of big business through the changing governments. Oath breaking is the norm, when politicians act against the wishes and expectations of their voters in order to satisfy the elite. Islam possesses its own unique, comprehensive and just system, which we, in Hizb ut Tahrir, work to re-establish in the Islamic world and call all Muslims to work for.

3- We condemn the dominant climate, in which Muslims are constantly demonized, and Islam is portrayed as a thread to the population. We also reject the politicians’ hypocritical attempt at exploiting the Muslim community, when election time approaches, to gain populistic points.

4- Rejecting the democratic system does not in any way mean supporting dictatorship or advocating isolation from society. Hizb ut Tahrir is the biggest opponent of dictatorship. Thousands of members of the party have been persecuted, tortured and executed by dictatorship regimes in the Muslim world.

Hizb ut Tahrir is against both isolation and integration. We are against isolation, because Islam forbids Muslims from isolating themselves from the society. We are against integration as well, as it means that Muslims have to renounce their Islamic values. This is seen when loyalty is demanded from the Muslims to the Western liberal ideals; or when for example the head scarf, gender segregated swimming, Islamic upbringing of children, and prayer in educational institutions is either banned or problematized politically.

Hizb ut Tahrir argues that Muslims must take on a constructive role in society, by engaging in debates with both Muslims and Non-Muslims, and stand against anti-Islamic policies and practices.