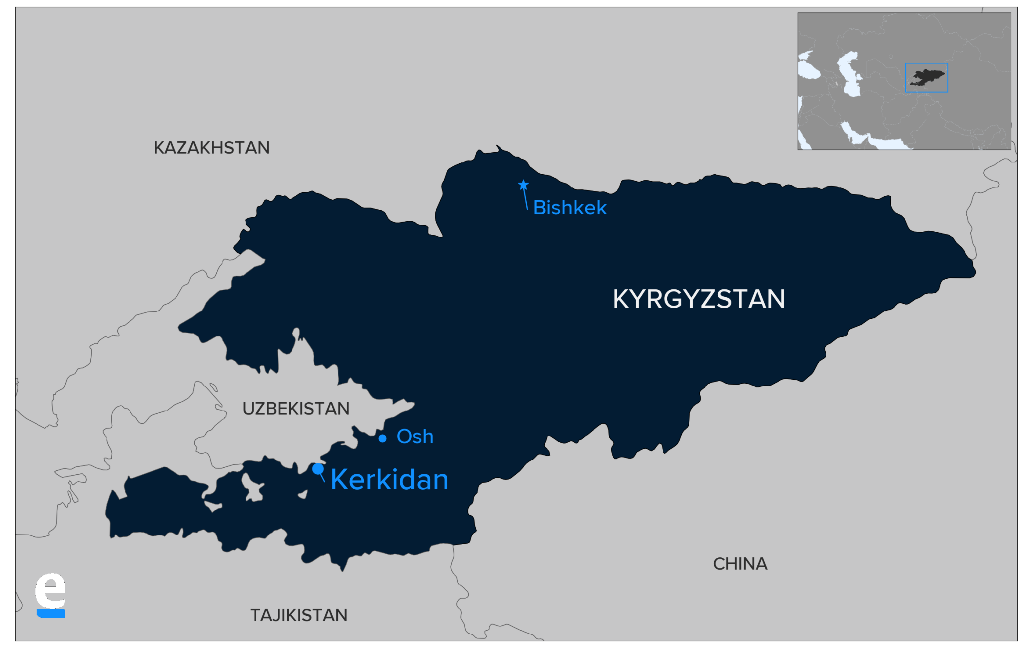 On May 6, Radio Liberty news agency reported: “On the border of the Batken district (Kyrgyzstan) and the Sokh enclave (Uzbekistan), a dispute over a pasture occurred, as a result of which the Kyrgyz border guards fired warning shots into the air. As it turned out, the incident occurred on May 1, but it became known about it only now.

The border between Batken and Sokh is considered certain, but residents on both sides remain mutually dependent on each other, and the lack of the clear rules for the use of the pastures and water often leads to conflicts”.

The borders drawn by the disbelieving colonizers after the seizure of these lands remain one of the biggest problems for the Muslims of Central Asia. Because of them, there are many conflicts among the population. Relatives cannot visit each other without proper permits and documents. Prices for goods and services vary widely due to different currencies and policies. The need of farmers and ordinary residents of nearby borders for pastures and water leads to misunderstanding and various discords, which often come to fatal shootings. Such conflicts regularly arise on the borders of Tajikistan-Uzbekistan, Uzbekistan-Kyrgyzstan, Kyrgyzstan-Tajikistan, etc.

The reason for these problems is that the authorities of these countries use the ideas of nationalism to divide the Muslims of these lands on a national basis, especially creating disputed territories, glorifying each nation individually, at the same time they belittle the dignity and culture of the neighbour. The authorities, in order to maintain Tagut’s rule, distract Muslims from unification on the basis of Islam. These ideas of nationalism are alien to Islam and Muslims. Allah Almighty said in the Quran: يَا أَيُّهَا النَّاسُ إِنَّا خَلَقْنَاكُم مِّن ذَكَرٍ وَأُنثَى وَجَعَلْنَاكُمْ شُعُوبًا وَقَبَائِلَ لِتَعَارَفُوا إِنَّ أَكْرَمَكُمْ عِندَ اللَّهِ أَتْقَاكُمْ إِنَّ اللَّهَ عَلِيمٌ خَبِيرٌ “O mankind, indeed We have created you from male and female and made you peoples and tribes that you may know one another. Indeed, the most noble of you in the sight of Allah is the most righteous of you. Indeed, Allah is Knowing and Acquainted” [49:13].

O Muslims! Our Creator is Allah! Our religion is Islam! Our Book is the Quran! The solution to this problem will be the revival of the Righteous Khilafah (Caliphate) state under the leadership of the Righteous ruler. It is necessary to break these boundaries! It is necessary to overthrow these treacherous regimes and the Tagut system! Uniting in one single Islamic Ummah of Muhammad (blessing and peace of Allah upon him). And then peace and tranquility will return to the peoples of Central Asia. And may Allah help us.