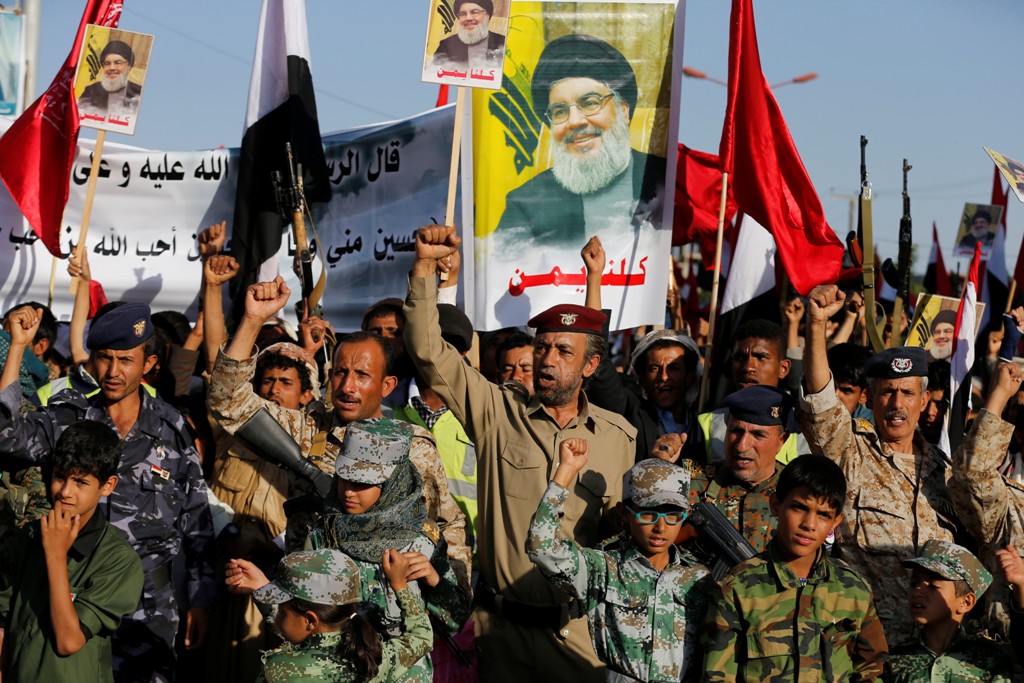 by the International Community and Establish Diplomatic Relations with them!

On Saturday, 17/10/2020, Iran’s Foreign Ministry announced the arrival of the new Iranian ambassador to the Houthis, Hassan Eyrlou to Sanaa, through its spokesman Said Khatibzadeh, who will soon present his letters of credentials to the Foreign Minister in the Salvation Government and to the head of the Supreme Political Council. This comes after Ibrahim Al-Dailami’s papers were accepted by President Hassan Rouhani in August 2019 as Houthi ambassador to Tehran.

The arrival of the Iranian ambassador to Sanaa caused a big clamour about the way by which Hassan Eyrlou was able to reach it under the tight air, sea and land siege, that the coalition imposes on the Houthis. In another reading, it is seen as a Saudi-Iranian complicity in a step on the road to the US-imposed understanding to end the war in Yemen, share roles in the region, prepare for the implementation of major American plans, and subjecting people to them; from redrawing the borders of the Greater Middle East and normalizing with the Jewish entity.

There is no doubt that the United Nations played the most prominent role in introducing the Iran’s ambassador, as it chartered the planes that landed at Sanaa Airport. It is party to the conflict over Yemen and is not a neutral sponsor as some might think.

The arrival of Iran’s ambassador to Sanaa is the first attempt to break the diplomatic blockade imposed by the Saudi-led coalition on the Houthis six years ago, and Iran’s official recognition of the Houthis, and it has no ability to do so except with a green light from America, in preparation for the announcement of other ruling regimes in Islamic countries that they will respond to open relations. Official diplomacy with the Houthis, as this would be a justification for the international community to accept the establishment of normal diplomatic relations with the Houthis.

The double standard of the international community is its persistent practice towards many issues, including the acceptance of those who reach power without democracy that it enacted, which brings to mind the coups that were led by the CIA during the middle of the last century to bring its agents to power in a long queue of Muslim countries starting with Indonesia, Syria, Egypt, Algeria and North Yemen, and the British MI6 counter-coups against American agents.

The inherent utilitarian struggle in the capitalist ideology has destroyed crops and animals, Allah (swt) says: وَإِذَا تَوَلَّى سَعَى فِي الْأَرْضِ لِيُفْسِدَ فِيهَا وَيُهْلِكَ الْحَرْثَ وَالنَّسْلَ وَاللَّهُ لَا يُحِبُّ الْفَسَادَ “And when he goes away, he strives throughout the land to cause corruption therein and destroy crops and animals. And Allah does not like corruption.” [Al-Baqara: 205].

And that Islam is what Muslims should arbitrate to in their life under the state of the second Khilafah Rashidah (righteous Caliphate), so that they are happy under it and with them the world is happy. The Almighty says: وَعَدَ اللَّهُ الَّذِينَ آمَنُوا مِنكُمْ وَعَمِلُوا الصَّالِحَاتِ لَيَسْتَخْلِفَنَّهُمْ فِي الْأَرْض كَمَا اسْتَخْلَفَ الَّذِينَ مِن قبلهم “Allah has promised those who have believed among you and done righteous deeds that He will surely grant them succession [to authority] upon the earth just as He granted it to those before them.” [An-Nur: 55].

And the Prophet ﷺ said: «ثُمَّ تَكُونُ خِلَافَةٌ عَلَى مِنْهَاجِ النُّبُوَّةِ» “Then there will be Khilafah according to the method of Prophethood.” [Narrated by Ahmed].