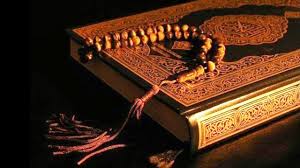 As the testimony of a Muslim’s goodness by four Muslims is enough to enter him into paradise, Naveed Butt has such a testimony by thousands who have interacted with him personally.

It is to let his family know that our sincere dua is with him and them and that Allah will soon recompense them with great reward for their sacrifice.

It is to also let know the evil ones who have abducted him, that Naveed Butt is a witness to their evil, so are we and so are millions of people in this Ummah.
Naveed Butt reminds me of this part of Ayah 35 from Surah An-Noor

“Its oil almost nearly glows forth (of itself) though no fire touched it: Light upon Light.”

I came to know Naveed when he was still looking through various Islamic organizations and movements as a student. When he found Hizb ut Tahrir, I saw him catch on the light as the Ayah above describes. This is the heart of a true leader, to distinguish Haqq, to boldly accept it and move forward with it. In addition, Naveed had the quality of empathy to better understand the people he was interacting with and a focus on carrying his ideas which made him a very successful Da’ee.

I remember a conversation with him where we were discussing the benefits of memorizing Quran as much as possible because it will be our companion, if we were ever imprisoned in the call for reviving the Islamic way of life. And I did see him memorize Quran every now and then with that attitude. So I know that even if his body maybe imprisoned and in a dark place, his heart is still lit with the Noor of Allah.

Those who have imprisoned him must really be scared of him because being used to breaking down tough prisoners, they see the reflection of their own evil when they face the brave and righteous steadfastness of such bright personalities whose hearts are lit with the light of Allah (swt).

I also distinctly remember him talking about the lessons we can take from the imprisonment of Yusuf (as), that our hearts should be steadfast and never lose hope in the respite from Allah.

Even though I have known the Ayah, it was him who embedded it into my heart.

I cannot add more to what this Ayah speaks to his family and to all the dawa carriers who miss him.
Allahumma Ameen