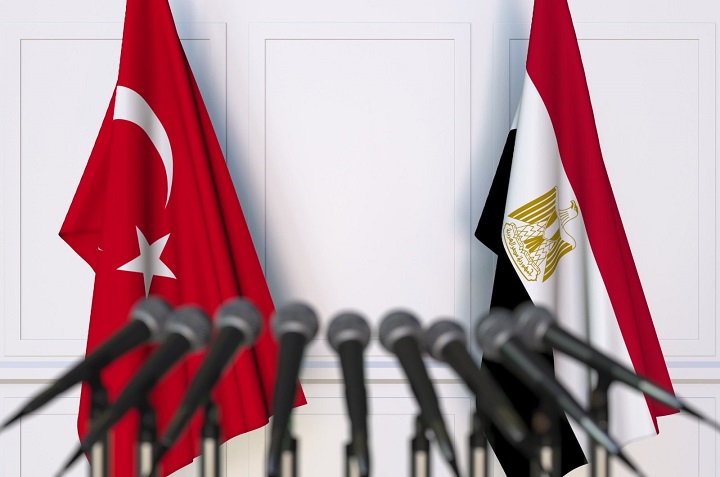 Exactly 10 years ago, Erdogan, who was still the Prime Minister of Turkey at that time, paid a visit to Egypt and met with representatives of different groups and political parties, as well as presidential candidates, in the transition period after the Mubarak regime, which was overthrown with the Arab Spring. Erdogan recommended Secularism for the new Egyptian Constitution at that time and said: “I do not accept secularism as irreligiousness, I do not accept secularism as anti-religion. Secularism is not anti-religion. In the AK Party’s definition of secularism; It says that a person cannot be secular, the state can be secular.” The Turkish Prime Minister also used the phrase “Don’t be afraid of secularism”.

After these statements of Erdogan, Mahmoud Ghuzlan, the spokesman of Muslim Brotherhood, had reacted to the Turkish Prime Minister Recep Tayyip Erdogan, accused the Turkish government of interfering in Egypt’s domestic affairs and said: “Experiences in other countries cannot be copied to Egypt. The conditions that led to the establishment of a secular state in Turkey are different from those in Egypt.”

After these statements, elections were held in Egypt and Mohamed Morsi, the candidate of the Muslim Brotherhood group, won the elections and became President of Egypt. However, the junta in Egypt soon staged a coup against Morsi’s regime and shed the blood of thousands of Muslims. Normally, the fact of trying out the Muslim Brotherhood’s experience in Egypt wasn’t posing a threat in regards to Western states and especially to the US, like the fact that AKP is in power Turkey doesn’t pose a threat… But the US who couldn’t see the picture clearly on where the course of the Syrian revolution would evolve, chose to work with the coup general SISI in Egypt instead of Muslim Brotherhood. We know for sure that the Turkish regime, in other words Erdogan, were very certain that the US was behind the Egyptian coup. However, the Turkish government only went into an unreal epic reckoning in this regard with the coup plotter SISI. This reckoning made Erdogan win in the Turkish internal politics. Naturally, as a result of this artificial reckoning, there has been a deterioration of the Turkey – Egypt relations and diplomacy has been completely cut off.

After 8 years, normalization steps have started to be taken between Turkey and Egypt. Ironically, President Erdogan tried to reflect these steps as the relations between the Turkish and Egyptian people, instead of political and diplomatic relations of two states. Erdogan indicated in March 2021 that the Egyptian people and the people of Turkey will not contradict each other, and that there is no problem between the two peoples and said the following: “Our attitude towards the Egyptian people is very very positive. We strive to re-maintain our togetherness with Egypt which originates from history, not as hostile brothers but as friends.”

This style used by Erdogan is an example of political cunning. Because the 8-year diplomatic problem between Egypt and Turkey is not a problem between the Egyptian people and the Turkish people. Some rulers of the Ak Party government, especially Erdogan, used the same tone in the normalization process of the relations with Russia and “Israel”. They have taken normalization steps by saying something like “There is no problem between the Russian people and the Turkish people”, “The Israeli people and the Turkish people are friends”. Consequently, the problem between the Egyptian state and the Turkish state is not a problem originating from peoples’ hostility, so solving it by the friendship of peoples is out of question. This problem is a problem originating from the relations between state rulers, moreover, a problem originating from the relations between the Egyptian and Turkish rulers and the US. Consequently, political cunning is done so that people won’t say to Erdogan “since you would make peace, since you would shake hands with Sisi, why did you remain as enemies for 8 years”. Everyone knows that Egypt and Turkey are two countries that are deeply dependent on the US, that they serve US interests in foreign policy, and Erdogan can only fool himself with his political cunning. Recently, death sentences against tens of Muslims have been approved and executions have taken place. Has Erdogan, who appeared in the squares with the “Rabia” sign, been able to say anything about these executions? No!

Why? Because in Turkey, politics is neither for the reigning nor for the opposition parties based on principles and values. Neither the government nor the opposition is doing politics on principles and values. There are two main factors that determine the political line of political parties in Turkey: first, interest and unearned income inside, and secondly, meeting the expectations of Western states from Turkey…

Consequently, the fact that Erdogan and the leaders of other political parties reacted to the coup in Egypt, was to obtain political interest in domestic politics, and the fact that the Ak Party government remains silent on the death sentences today in order to meet the interests of the US in the region, is for meeting the expectations of the Biden administration.  For the first time in 30 years, an Egyptian president’s visit to Iraq shows how important U.S. interests are in the region. Therefore, the US wants normalization, Turkey is fulfilling it. Because Egypt and Turkey are two important countries in the region that compete for American interests.

The coup plotter SISI administration is gradually carrying out the death sentences. The government who reacted to Sisi when the coup took place and said to be against the coup at squares and made the “Rabia” sign as a symbol, used the SISI oppression in domestic politics that day, and exploited it in a manner for its politics. Today, it ignores the death sentences because it must meet the interests of the US in the region against EU countries. The Turkish government is marketing to the public that it is doing this normalization not because the US wants it, but because it is for Turkish interests in the Eastern Mediterranean.