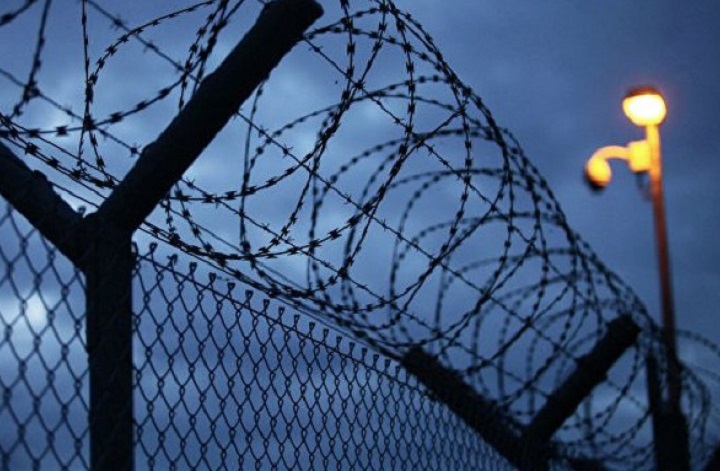 The Supreme Court of Tashkent issued an official statement on the circulating news about the arrest, as a precautionary measure, of Mrs. M. M. who posted prohibited material on Facebook. According to the writer of the publication, counter-terrorism officers in Yunusabad district have arrested the woman from her home and she is currently being held in Tashturma Prison. According to a source published on daryo.uz, it is suspected that M.M. has committed an offense under Article 244-1 (preparing, or storing, or distributing or displaying material that threatens public safety or public order), Part 3, Section G of the Criminal Code. Rustam Bek Karim, a blogger, stated on his Facebook page that about 56 women are being held, all of whom have been charged under Article 244 (3) (g) of the Penal Code. All of these criminal cases are false. The women were accused due to saving and sharing the sermons of Imams such as Abdullah Dhaffar and Sadiq Samarkandi on their Facebook pages. The official authorities did not issue an official statement or anything about their arrest.

Uzbekistan is currently preparing for the presidential elections scheduled for October 24th. The people of Uzbekistan do not want Shavkat Mirziyoyev to remain as the head of the state. Therefore, they will take to the streets to demand his dismissal because during the years of his rule, he did not solve the people’s problems, but rather life became more difficult than before, and human rights are being violated more and more. People are fed up with unemployment, poverty, oppression, persecution, corruption, injustice and bribery.

After many years of dictatorial rule of the tyrant Karimov, the people of Uzbekistan gave great confidence to Shavkat Mirziyoyev and thought that he would bring them out of darkness into light. However, his assuming of authority was like falling into a heavy storm to escape the rain! The names have changed, but the core has not. The Muslim women who are being held in Tashturma Prison had gone out seeking permission to visit their husbands in prison. As a result, they have been prosecuted for distributing banned religious materials. Even journalists and bloggers who have been covering the plight of the people and the atrocities committed by the government are imprisoned for all kinds of false accusations. It even came to forcing bloggers and human rights activists to resort to staying in mental health hospitals! The Uzbek government believes that locking up those complaining of atrocities in prisons and hospitals and silencing their voices, gives the impression that all the problems have been resolved, but the truth cannot be concealed like in the well-known proverb among Uzbeks, ‘You cannot hide the moon with a skirt, and if you hide the disease, the fever will show it’.

O Muslim Men and Women in Uzbekistan: The government does not solve your problems, but rather those in charge put their personal interests first, above yours. They love leadership for the sake of gaining wealth, luxurious lifestyles, and fame, and they do not hesitate to sacrifice you for it. They do not listen to people’s complaints, unlike the Caliph Omar Al-Faruq, may Allah be pleased with him, who used to wander around the city in disguise sometimes, concealing his appearance in order to see how his subjects were living, lest there would be those who were shy to complain to him.

These rulers of yours are not like Omar al-Faruq, so rise up and choose to live according to the Law of Allah (swt), because it is a divine system and it is able to end all injustices and all problems. And then, we will not find Muslim women in prisons like criminals, but rather we will find them in their homes, raising their children, lighting the lantern of the family.

Do not participate in the presidential elections to demand a new president to replace Shavkat Mirziyoyev because if someone who rules by the same man-made laws comes in his place, nothing will change. Furthermore, the establishment of the Khilafah (Caliphate) State on the method of the Prophethood is an obligation upon you. Allah (swt) says:

“O you who have believed, obey Allah and obey the Messenger and those in authority among you.” [An-Nisa’: 59].

Obedience to Allah and His Messenger will only be under the Khilafah Rashidah (rightly guided Caliphate) State. Today, we need this state in order to live according to the rules of Islam. As for the secular government, as you have witnessed, it does not implement the law of Allah (swt), rather it is against it and fights Muslims and is unashamed of killing them. In this way, they want to extinguish the light of Islam, but the light of Islam will spread throughout the earth, Allah willing.

“They want to extinguish the light of Allah with their mouths, but Allah refuses except to perfect His light, although the disbelievers dislike it. It is He who has sent His Messenger with guidance and the religion of truth to manifest it over all religion, although they who associate others with Allah dislike it” [At-Tawba: 32-33]