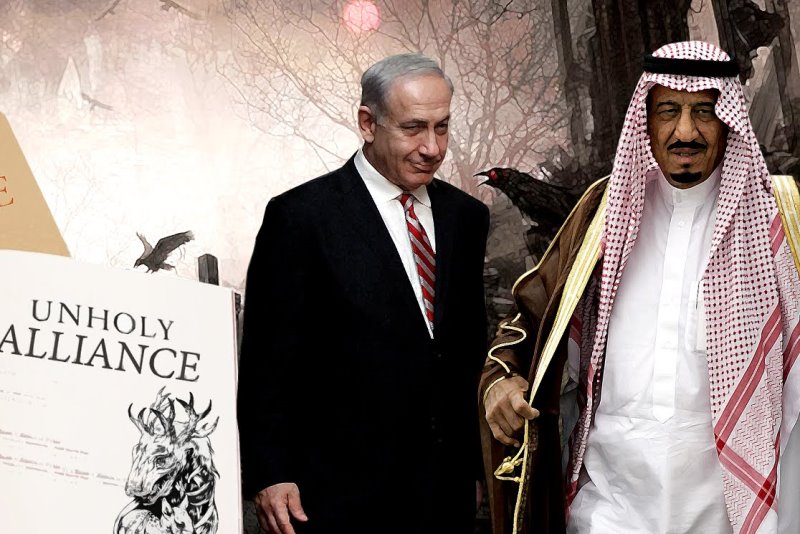 Saudi Arabia’s foreign minister has called for new international sanctions to be imposed on Iran for “its support for terrorism”, as an escalating war of words between Tehran and Riyadh sends ripples across the region.

Adel al-Jubeir said “Iran is the number one state sponsor of terrorism” in an interview with US television network CNBC that aired last week. He condemned Iran for its ballistic missile programme and its support for Lebanese Shia group Hezbollah. (Source: Al Jazeera, 11 November 2017)

Despite Saudi’s claim that Iran is supporting terrorism, what makes it different between Iran and the Jewish entity? Is that because the Shia are promoting the terrorism while the Zionist is not?

100 years ago, after the Balfour Declaration (2nd November 1917) when the Jewish Zionists were given the authority to take the Muslim land, has the ruler in Saudi or Egypt ever tried to liberate Palestine? Since then, how many Muslims have been killed, terrorized, massacred in Sabra-Shatila, lands have been seized, right to enter Al-Aqsa Mosque was blocked and many other crimes. Is this not an act of terrorism? Why hasn’t the Saudi ruler ever proposed the same international sanctions on the Jewish entity? Does this not prove that the Saudi ruler is a friend of the Jewish entity and agree that the Zionist is not a terrorist? How about the many attacks or bombs dropped by the U.S military on the Muslim lands and killed civilians during Iraq, Afghanistan war in the past?

Besides the Jewish entity, what are the greatest dangers it poses from the people in Lebanon compare to the tyrant ruler of Al-Assad who has killed our Sunni Muslim brothers? Also what are the terror threats that the Saudi rulers are afraid of from Qatar?

The war in the Middle East will continue as long as Muslim rulers act as the “brother” to the Kuffar, being the U.S proxy in the Middle East and aligning its policy. The instability is planned and the conflict is purposely created to support U.S economy through the selling of military weapons and for testing. At the same time creating a negative image of Islam and preventing Muslims from being united. In fact the plan against Iran seems to be a plan as what Donald Trump said in his speech at the UN General Assembly on Sept 19, 2017:

“The Iranian regime’s support for terror is in stark contrast to the recent commitments of many of its neighbours to fight terrorism and halt its financing. In Saudi Arabia early last year, I was greatly honoured to address the leaders of more than 50 Arab and Muslim nations. We agreed that all responsible nations must work together to confront terrorists and the Islamist extremism that inspires them.” (Source: whitehouse.gov)

Muslim Brothers in Saudi, you know that despite the ruler of Saudi is trying so called to fight the internal corruptions, they are the most corrupted rulers than the others. They are selling Muslim bloods for the sake of praise from the Kuffar. They continue working as allies with the enemy for their own benefits.

We should continue to voice this to correct these rulers.

“The master of martyrs is Hamza, and a man who stands up to a tyrant ruler and gives him advise. And so the ruler kills him.”

“By Allah you have to enjoin good and forbid evil, and hold against the hand of the unjust ruler and force him on the truth strongly, or you have to limit him to the truth…” (Musnad of Ahmad)