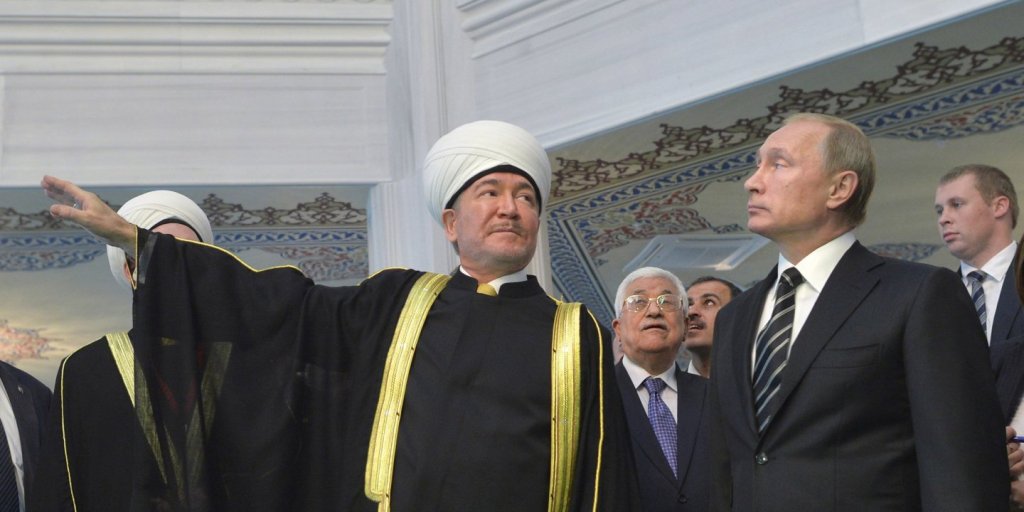 On the 14th of August 2020 on the website of the Russian Muslim Board, there was publishes the “Appeal of Mufti Gainutdin to the people of Belarus”, where mufti stated that «with great respect» relates to Alexander Lukashenko expressed “sincere congratulations” to him on “victory in the elections” and wished Lukashenko “to continue the service of the state leader.” The mufti addressed the people of Belarus and called them “brotherly people”, said that he is praying for them, urged them to obey and submit to Lukashenko.

“I have great respect and reverence for Alexander Grigorievich Lukashenko, with whom I had the honor to meet, for his unwavering desire to build a state, first of all, social and responsible for the economic well-being of his people, for a respectful and fair attitude to the aspirations of believers of various religious traditions , for their incredible resilience and dedication to their service. And after the publication of the results of the presidential elections of the 9th of August by the Central Election Commission of the Republic of Belarus, I expressed my sincere congratulations and wishes to continue the service of the state leader with dignity”, – said Mufti Ravil Gainutdin.

It should be noted that immediately after the publication of the text of the appeal in social networks started a storm of indignant comments by Muslims. Some of them tried to justify Gainutdin, suggesting that “the mufti was forced to support the dictator Lukashenko” from the “special services”, and he “could not refuse,” “because he was afraid of his position and family”. But for many observers who know the Gainutdin’s career, it is obvious that no one asked him about it. In fact, the reason for this act was only his desire to please the Russian authorities by demonstrating his hyper-loyalty in comparison with other Russian muftis. recall that earlier the Kremlin also congratulated Lukashenko on his victory in the elections, so the Gainutdin’s position sounds in unison with official Moscow.

Many people noted the degree of degradation, collaboration and betrayal of Russian religious leaders. Some even compared the statements of the mufti with the statement of the head of the Belarusian Exarchate of the Moscow Patriarchate of the Russian Orthodox Church, Metropolitan Pavel, who apologized for his congratulations to Alexander Lukashenko and renounced his tyranny and dictatorship. Thus, the position of the Orthodox church leader turned out to be more honest than the position of a Muslim leader.

The Muslims were surprised by the unexpected concern of the mufti of the so-called “the brotherly people of Belarus” (which in fact is not brotherly for Muslims), while he does not show absolutely any concern about the ongoing crimes either against the Muslim peoples of the Crimea, Caucasus, the Volga area region and the Urals colonized by Russia, or against the Muslims of Syria, Afghanistan and other Muslim lands, which are subject to intervention and colonization by unfaithful countries.

People also remembered to Mufti Gainutdin his support to Chinese authorities in their “opposition to extremism” with regard to their repressive policy towards the Uighurs. In October 2018 Gainutdin did not see the oppression of Muslims in occupied East Turkestan, considering the information about the oppression of the Uighurs to be false. Then Gainutdin said in an interview with reporters that the Muslim Association of China is not discriminated by the Chinese authorities. Recall that this mufti also supported the military operation of the Russian Aerospace Forces in Syria, calling it “the fight against terrorism.”

It should be emphasized also that the most disappointing is the contrast between the reaction of the Russian mufti and the reaction of Russian and Western infidels celebrity such as, for example, Elon Musk and Jared Leto, who stood against the tyranny of Lukashenko and the brutal aggression of his security services against the demonstrators.

However, in this situation the pleasing fact is that such a servants of the Russian colonialist as Mufti Ravil Gainutdin once again demonstrate to Muslims their real face of collaborators and traitors, causing them even more disgust to Russia and those who serve it.