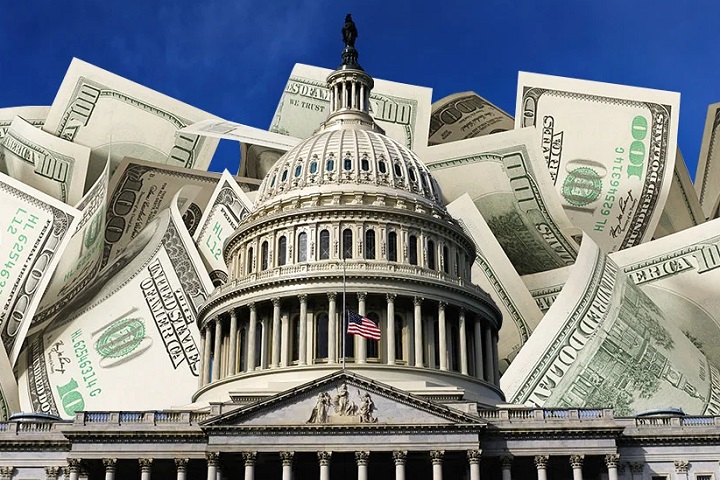 The Hill published an article on the 13th Of September titled: “What Republicans should demand in exchange for raising the debt ceiling”

Comment:
The debt ceiling is a limit to how much money the US government can borrow, and it is decided by the congress. It was intended to prevent the US from getting deeper into debt, but the problem is that every year or two the US spends so much money that the debt limit is reached, and then, either Congress must raise the limit, or the US government will default on its debts and stop paying most of its workers across the country.

The US spends more than its entire GDP and now the debt has reached a staggering $28 trillion, and it reached the limit on the 1st of August. Since that date, the US has used accounting tricks and cost delaying actions called ‘emergency measures’ to keep paying its bills. However, the US Treasury Secretary, Janet Yellon, warned last week that the US was only weeks away from when “all available measures and cash on hand are fully exhausted” , and “the United States of America would be unable to meet its obligations for the first time in our history.” She asked Congress to solve the problem quickly as, “it would be particularly irresponsible to put the full faith and credit of the United States at risk.”

Nevertheless, it seems that US politicians have so much confidence in US strength that they do not fear putting “the full faith and credit of the United States at risk.” The Democrats, who hold a majority, want the Republican Party to share the decision of raising the debt limit, which they say was created largely by the previous Republican Trump administration. Republicans have pointed out that a huge spending initiative by the Democrats is going to raise the debt even higher and that most of the Trump era debt was as a result of Covid-19 expenses, while the Democrats replied that Trump’s tax cuts for the wealthy are partly to blame. As the US runs out of time, figures from key financial credit regulatory institutions have warned that “It’s complete craziness to even contemplate the idea of not paying our debt on time,” and that a debt default “could cause an immediate, literally cascading catastrophe of unbelievable proportions and damage America for 100 years.”

This would not be the first time that the US reached the precipice of financial ruin before Congress reached a compromise deal. In 2011, with only 2 days left before US finances would be exhausted, a new debt ceiling was reached. However, this shook the faith of credit agencies and Standard and Poor’s lowered the US credit rating a notch below its previous AAA rating making it more expensive for the US to borrow money. The US dollar is a ‘fiat’ paper money backed ultimately only by faith in the ability and willingness of the US to pay its debts. It is especially dangerous to take this faith for granted after the Trump administration trampled its closest allies and the international organizations that had for decades taken US partnership for granted. Were the Trump administration an anomaly, it would not be so dangerous, but the manner in which the current US unilaterally made a deal with the Taliban to pull out of Afghanistan, and the chaotic way in which the Biden administration executed its withdrawal caught NATO allies by surprise and did indeed shake their faith. Already, countries around the world are looking for and investing alternative currencies such ‘blockchain’ crypto currencies to reduce reliance upon the dollar. Nevertheless, the parties in Congress are using approaching debt default as a political card to get short-term concessions from each other.