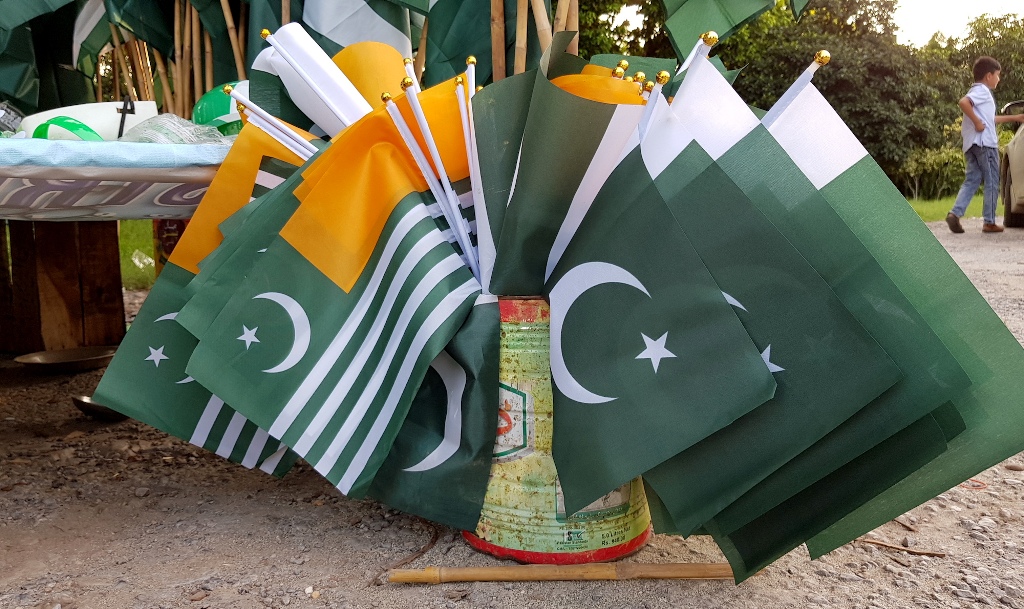 The lowly regime has abandoned the Muslims of Kashmir because of its commitment to the un-Islamic concept of nationalism, which puts commitment to race and borders above the commands of Allah (swt) and RasulAllah ﷺ.

Indeed, it is the cling to nationalism that makes the current rulers of Muslims pay lip service to the Uighur, Rohingya, Palestinians and Kashmiris, even though they collectively command over three million troops and officers that yearn for martyrdom or victory.

O Muslims of Pakistan!
Indeed, the fires of division, defeat and humiliation were ignited throughout the Muslim World due to the evil of nationalism and they will only be extinguished by returning to obedience to Allah (swt) and RasulAllah ﷺ.

وَاعْتَصِمُوا بِحَبْلِ اللَّهِ جَمِيعًا وَلاَ تَفَرَّقُوا وَاذْكُرُوا نِعْمَةَ اللَّهِ عَلَيْكُمْ إِذْ كُنْتُمْ أَعْدَاءً فَأَلَّفَ بَيْنَ قُلُوبِكُمْ فَأَصْبَحْتُمْ بِنِعْمَتِهِ إِخْوَانًا وَكُنْتُمْ عَلَى شَفَا حُفْرَةٍ مِنْ النَّارِ فَأَنْقَذَكُمْ مِنْهَا كَذَلِكَ يُبَيِّنُ اللَّهُ لَكُمْ آيَاتِهِ لَعَلَّكُمْ تَهْتَدُونَ
“And hold fast, all of you together, to the Rope of Allah, and be not divided among yourselves. And remember Allah’s favor on you, for you were enemies of one another but He joined your hearts together, so that, by His grace, you became brethren, and you were on the brink of a pit of Fire, and He saved you from it. Thus Allah makes His Ayat clear to you, that you may be guided.” [Surah Aali-Imran 3:103]

So let the Muslims strive for the restoration of the Khilafah (Caliphate) on the Method of Prophethood.