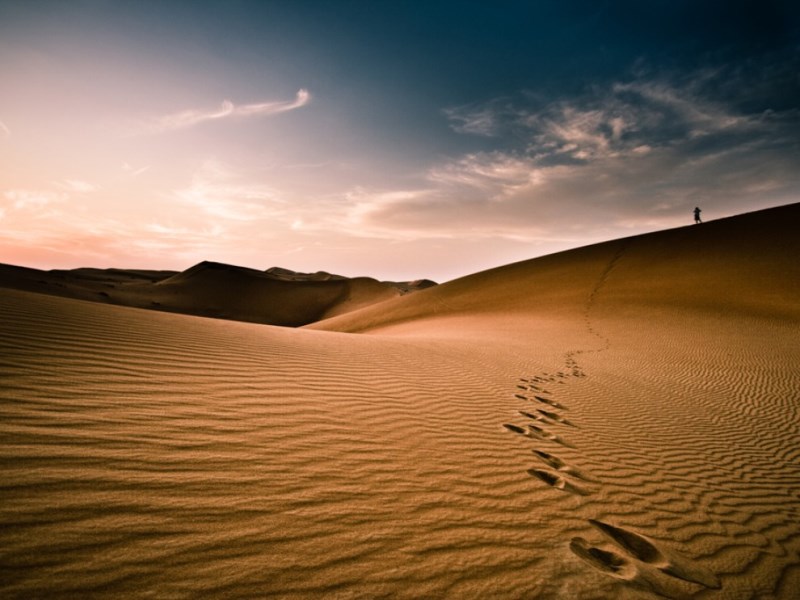 Assalamu Alaikum Sheikh. May Allah (swt) reward you for your deeds and help you on this noble way. I have a question about the method of Prophethood for establishing the Khilafah. As we know there are 3 stages in this method.

From this paragraph I understand that the action of seeking Nusrah belongs to the second stage. I asked a few reliable persons of the party about this, but the idea about this concept was divided. Some say that the action of seeking Nusrah is an action of the third stage and other people say it belongs to the second stage and that this action goes parallel with the interaction with the society.

Related to this answer, I want to know in which stage the party is at now.

The subject you are asking about in the Booklet “The Methodology of Hizb ut Tahrir for Change” is the following:

Firstly; to get protection for the party so as to enable it to carry the Da’wah safely.

Secondly; to reach the government, so as to establish the Khilafah and bring back the rule of Allah (swt) in life, the state, and society. Although the party was engaged in the actions of seeking the Nusrah, it continued with all its other usual activities including: the concentrated study in the circles, culturing the public and concentrating on the Ummah in order to encourage it to carry Islam and to establish public opinion within it; and also struggling against the colonialist disbelieving states, disclosing their plans and revealing their conspiracies, and struggling against the rulers and adopting the interests of the Ummah and caring for its affairs. The party will continue to do so hoping that Allah (swt) will give the Islamic Ummah the success, victory and triumph. It is at that moment, the believers will truly be happy with the victory of Allah (swt)) This is the end of quoting from the “Methodology” booklet … You asked if seeking the Nusrah is from the actions of the second stage, i.e., from the stage of interaction or from the third stage, i.e., from the stage of receiving the ruling … and you asked about the stage where the party is in now.

We have already responded to this question in detail on 13 Sha’ban 1434 AH – 22 June 2013 CE, and it seems that you did not come across the answer indicated, so I quote you the text as it is; it is a direct answer to your question, especially the first part of the question. The answer states the following:

[Seeking the support to change the rule (Talab An-Nusrah) occurs at the end of the interaction stage. Thus, if the people of power respond positively and they are capable of effecting change, then the third stage would have arrived by the permission of Allah. And we have detailed this issue in our books and in particular ‘Al-Minhaj’. Here are a few clarifying points for you:

1- The Messenger of Allah ﷺ began seeking the Nusrah during the interaction stage. When Abu Taalib died, the Makkan society was stationary and closed to the Messenger of Allah ﷺ. After the death of Abu Taalib, the harm of the Quraish against the Messenger of Allah ﷺ became more severe in a manner that they were not able to do whilst his uncle Abu Taalib was still alive. As such, the protection afforded to the Messenger ﷺ was weaker than it had been in the days of Abu Taalib. So, Allah (swt) revealed that he should present himself to the Arab tribes to request their protection and Nusrah so that he would be able to convey from Allah that which he had been sent while he was secured and protected. Ibn Katheer has related in his Seerah from ‘Ali Bin Abi Taalib (ra) that he said: “When Allah commanded His Messenger to present himself to the Arab tribes, he went out with me and Abu Bakr to Mina until we came across a council from amongst the Arab gatherings.” Ibn Katheer also related from Ibn ‘Abbass from Al-Abbass (rah) that he said: The Messenger of Allah ﷺ said: «لا أرى لي عندك ولا عند أخـيك مَنَعَة، فهل أنت مخـرجي إلى السوق غداً حتى نقرّ في منازل قبائل النـاس – وكانت مجمع العرب – قال: فقلت هذه كِنْدَة وَلَفُّها، وهي أفضل من يَحُجُّ من اليمن، وهذه منازل بكر بن وائل، وهذه منازل بني عامر بن صعصعة، فاختر لنفسك، قال: فبدأ بكندة فأتاهم» “I do not find that I have prevention (i.e. the power of protection) in you and your brother, so are you going out to the market tomorrow with me so that we can spend time in the abodes of the tribes of the people… He said: So I (Al-Abbaas) said: This is Kindah and they are the best from those who have to come for the Hajj from Yemen, and these are the dwellings of Bakr Bin Waa’il, and these are the houses, and these are the dwellings of Bani ‘Aamir Bin Sa’sa’ah. So you choose which one to go to. He (Al-Abbaas) said: So he began with Kindah and went to them.”

2- From that time, it was clear to the people of power from the tribes that the Messenger of Allah ﷺ was requesting their Nusrah. It was clear to them that what was being requested was that they protect the Messenger ﷺ and that they make his foothold firm by establishing an entity amongst them that implements the rules of Allah (swt) i.e. they understood explicitly and clearly that the Nusrah was for purpose of the establishment of a State that rules and performs Jihad. It is for this reason that Banu Aamir Bin Sa’sa’ah said to him when the Messenger ﷺ requested their Nusrah: أرأيتَ إنْ نَحْنُ بَايَعْنَاكَ عَلَى أَمْرِكَ، ثُمَّ أَظْهَرَكَ اللَّهُ عَلَى مَنْ خَالَفَكَ، أَيَكُونُ لَنَا الْأَمْرُ مِنْ بَعْدِكَ؟ قَالَ: الْأَمْرُ إلَى اللَّهِ يَضَعُهُ حَيْثُ يَشَاءُ قَالَ: فَقَالَ لَهُ: أفَتُهدَف نحورُنا لِلْعَرَبِ دُونَكَ، فَإِذَا أَظْهَرَكَ اللَّهُ كَانَ الْأَمْرُ لِغَيْرِنَا! لَا حَاجَةَ لَنَا بِأَمْرِكَ؛ فَأَبَوْا عَلَيْهِ “What is your opinion if we were to give you the Bayah (pledge) upon your matter and then Allah grants you dominance over those who oppose you, will the matter (rule) fall in our hands after you?” He ﷺ replied: “The matter belongs to Allah and He places it where he wishes to.” So they said: Do you expect us to incur the vengeance of the Arabs and then when Allah makes you prevail then the authority will be in other than our hands? We have no need in your matter. And so they rejected him ﷺ.”

Hence, they knew and understood that the Nusrah was the establishment of the State and they coveted to be its rulers after the death of the Messenger of Allah ﷺ. Similarly, Banu Shaibaan said to the Messenger ﷺ when he asked for their Nusrah, “وإنما نزلنا بين ضرتين، فقال رسول الله صلى الله عليه وسلم: «ما هاتان الضرتان»؟ قال: أنهار كسرى ومياه العرب، وإنما نزلنا على عهد أخذه علينا كسرى لا نحدث حدثا ولا نؤوي محدثا، وإني أرى هذا الأمر الذي تدعو إليه مما تكرهه الملوك، فإن أحببت أن نؤويك وننصرك مما يلي مياه العرب فعلنا، فقال رسول الله صلى الله عليه وسلم: «ما أسأتم في الرد إذ أفصحتم بالصدق، وإن دين الله لن ينصره إلا من أحاطه من جميع جوانبه» “We have influence upon the two waters.” The Messenger asked them about this and they said: ‘The rivers of Persia and the waters of the Arabs but we have a covenant between us and the Persians stating that we will not do anything against them or host anyone who will. And I view that this matter that you are calling to is a matter that which displease the kings. So if you would like for us to give you shelter and Nusrah in regards to the Arabs then we are at your service’. So the Messenger of Allah ﷺ said: “You have not done wrong in your reply when you expressed yourselves honestly. However the Deen of Allah is not given support except by those who encompass it from all of its aspects (i.e. without conditions).” So, they also understood that the Nusrah means ruling and Jihad against the Arabs and the non-Arabs. So, they agreed to fight against the Arabs whilst they did not agree to fight the Persians.

4- And it is clear from all of this that the seeking (requesting) of the Nusrah was before the third stage i.e. it took place in the interaction stage.

5- This is what the Hizb did when it began the work of seeking the Nusrah in the 1960’s during the last century and still continues. And we ask Allah (swt) to honour this Ummah with the recurrence of the example of the first Ansaar to establish the Islamic State, the rightly guided Khilafah and so that the Rayah of the ‘Uqaab, the Rayaah of the Messenger of Allah ﷺ is hoisted high. And on that day the believers will rejoice with the victory from Allah.] This is the end of the previous answer.

Regarding your question at which stage is the party now, it is also clear from the above. Certainly, it is not in the third stage because the third stage means accepting the ruling and the direct implementation of Islam comprehensively and revolutionary in a state. This has not happened to the party yet, but the party is at the last stage of the interaction stage, and it works earnestly to resume the Islamic way of life by establishing the rightly guided Khilafah (Caliphate), Allah willing, to save humanity from the darkness of ignorance and kufr (disbelief) and to bring it back to the light of truth and Islam, and the party is sure that this will happen by the permission of Allah, for every term has its time.

I hope the matter is clear for you, and that the confusion in understanding this paragraph in the “Methodology” booklet has been resolved.