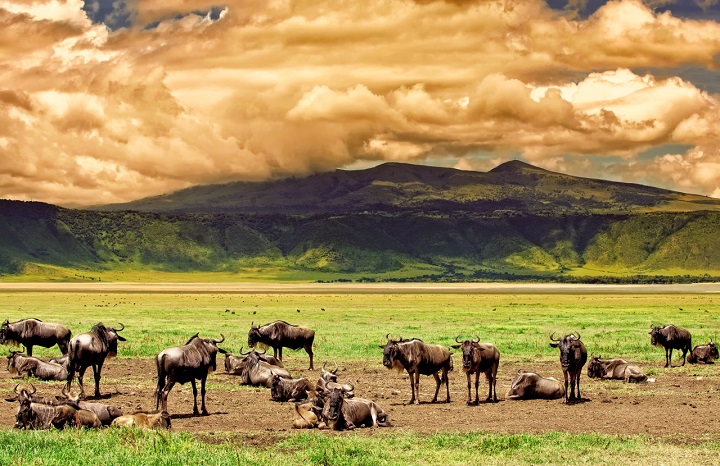 Media outlets report an ongoing hot national debate on issue of conservation of Ngorongoro Crater by which was discussed in Parliament and President Samia Suluhu Hassan has issued instructions to Prime Minister Kassim Majaliwa to resolve problems of Crater facing the conservation authority vs. pastoralists.

Comment:
The Ngorongoro Conservation Area Authority (NCA) which has approximately 25,000 large animals was established by the Game Park Laws (miscellaneous amendments) Act, 1976, and owns the majority of Ngorongoro Conservation Area land, including the Crater located at Arusha, Northern of Tanzania. The area became a UNESCO World Heritage Site in 1979, and in February 2013 was voted by Seven Natural Wonders as one of the Seven Natural Wonders of Africa.

Some serious concerns being discussed now are:

1. Co-existence between pastoral community and wildlife adversely impacted the wildlife migration process that significantly attracts visitors in the tourist attraction.

3. Existence of the number of livestock kept by the pastoral community in the NCA that significantly increased and in the process, posing a serious challenge to sustainability of NCA, wildlife and tourism.

The capitalist point of view regards the above three points as challenges but in the real sense they are not. Extension of pastoral communities definitely would lead to wildlife emigration, and that is not a challenge since human survival is to be prioritized than wildlife.

In terms of growth of pastoral community in the NCA which is inevitable as human, above all human resource is vital in every wise society.

The issue of conservation for sustainability of wildlife and tourism cannot be ignored, yet the real conservation must protect human first before wildlife.

Since capitalist economy grabbed game reserve as private or state property, every human activity and utilization would be termed as challenge or problem.

Islam is far from capitalist complications; it declares as a public property anything which, if not available to the community, would cause them to disperse in search of it. So water sources, pastures, lakes etc. all considered to be public properties simply to be utilized by public not by private individual, firm or state.

“Muslims are partners in three things: water, the pastures and the fire” (Abu Daud)