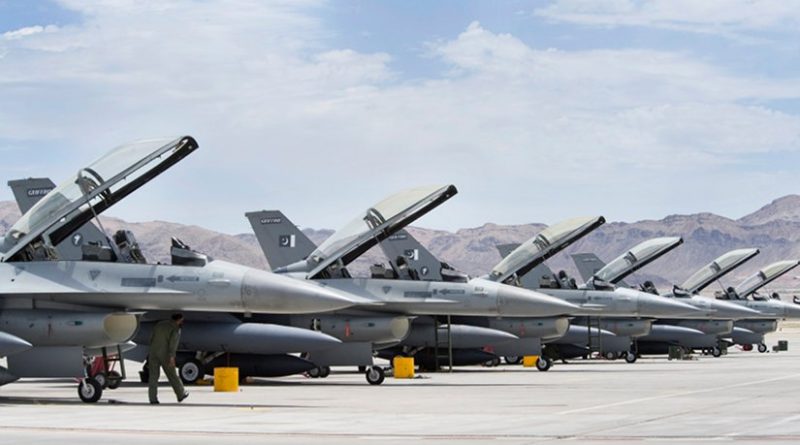 Army warns of ‘stronger response’ in case of any ‘misadventure’ by India, In another tweet, Ghafoor said that Pakistan would respond to any attempt of “misadventure” by the Indian Army with a response “even stronger” than on February 27, when the Pakistan Air Force (PAF) had shot down Indian aircraft inside Pakistani airspace and captured a pilot. Source: (Dawn)

Comment:
The Indian brutality and oppression on innocent Muslims of Kashmir was enough that now The Indian government moved Monday to revoke special status for Indian-controlled Kashmir, a long-contested region abutting Pakistan and China that constitutes India’s only Muslim-majority state and our top brass still waiting for “Misadventure” from India. Here our top leadership tries to maintain the fake non-prevalent thought with-in the Muslims masses about boarders or nation state. Muslims around the globe have widely been rejecting such boarders, and they react for their Muslim brothers and sisters irrespective of man-made boarders which have actually divided the Ummah into many pieces.

On the other hand, Hindu state has taken solid actions to increase Hindu domination in occupied Kashmir. Hindu state actively seek to change the ground realities similar to what the Jewish entity did with Palestine. Coward Indians have undertaken such steps because 700,000 military forces are not able to stop decades of long struggle of Kashmiris against oppressive occupation of Kashmir. Such demoralized force that won’t able to face handful indigenous Mujahideen than how come they will ever be able to face the military might of Pakistan with passion of martyrdom. As far as our top brass and leadership is concerned instead of seizing the initiative to dislodge fragile occupation of Indian forces, they first clamp down the support base of Kashmiri freedom fighter in the name of terrorism and now these spineless ruler uttering the rhetoric of involving the institutions like UN or power like US as the past 70 years are evident from Palestine to Kashmir and Iraq to Syria these power always serve the colonial interests rather than defend Muslim honor and blood.

Now it is upon the loins of Muslim Ummah, i.e. Pakistan Armed Forces, to liberate occupied Kashmir, and not to invite Trump or the UN to mediate in talk with their geo-political partner Modi. It does not make sense that while Indian government is flooding ruthless troops and cruelly rained cluster bombs on innocent Muslims of Kashmir and our top brass is just banking on rhetorics.

Our beloved Deen demands our courageous armed forces to strike the heart of coward idolaters to liberate our Muslim brothers and sisters from oppressive idolater’s regime and to re-establish the Khilafah (Caliphate) on the method of Prophethood which will ensure that we will break the shackles of US hegemony rather than work for US as its security guard.

“Oh you who believed, what is [the matter] with you that, when you are told to go forth in the cause of ALLAH, you cling heavily to the earth? Are you satisfied with the life of this world rather than the Hereafter? But what is the enjoyment of worldly life compared to the Hereafter except a very little.”
[Surah At-Taubah 9:38]