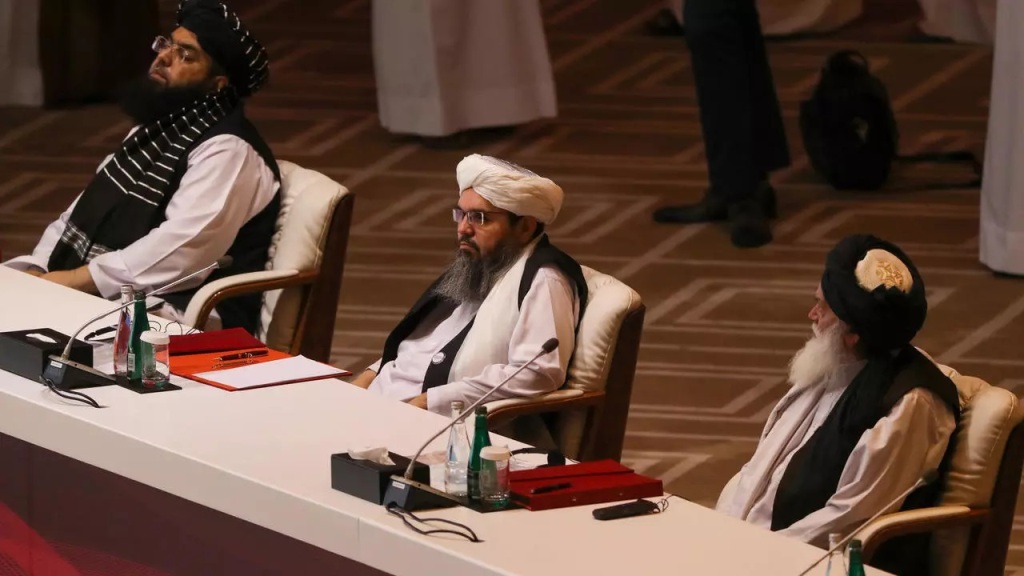 On 2 December 2020, it was announced that the Afghan government and Taliban have agreed upon rules of negotiation. Washington’s special envoy for Afghanistan welcomed this announcement as a “significant milestone.” The Foreign Office of Pakistan enthusiastically declared that, “it is an important development contributing towards a successful outcome of intra-Afghan negotiations. Pakistan will continue to support intra-Afghan negotiations, culminating in an inclusive, broad-based and comprehensive political solution paving the way for a peaceful, stable and prosperous Afghanistan.”

According to the agreement reached between the US and Afghan Taliban on 29 February 2020, an intra-Afghan dialogue, with the American puppet Afghan regime, was planned to start from 10 March 2020, to decide upon a comprehensive ceasefire and political set-up. However in the last ten months, progress stalled, increasing the danger of Taliban returning to full-fledged war, which would smash the ribs of the demotivated and cowardly US troops. An intra-Afghan dialogue is critical for Washington, so as to trap Taliban within the Afghan secular constitution system, with some cosmetic Islamic reforms. The US is increasing the use of its agents in order to secure its interests abroad because of its growing weakness. Therefore, the US has tasked Pakistan’s political and military leadership to herd the Taliban into the secular trap. The American setup will secure US interests, with the help of a limited force of around 2500 to 4000 troops, located in a few military bases.

On American dictation, the Bajwa-Imran regime is striving hard to achieve regional American objectives. To pave the way for December’s agreement, the US special envoy for Afghanistan, Zalmay Khalilzad, visited the army headquarters in Rawalpindi on 3 November 2020, to meet the army chief, Qamar Javed Bajwa. Then on 19 November 2020, the day when Imran Khan reached Kabul, the US diplomat, Angela Aggeler, met the army chief in Rawalpindi. According to an ISPR issued statement, in both meetings, the Afghan peace process and the security of the region was discussed. During his visit of Kabul, Imran Khan said that Pakistan will continue to support efforts to secure a settlement within Afghanistan, receiving praise from the US.

O Muslims in the Armed Forces of Pakistan! Consider the corrupt vision of the political and military leadership of Pakistan. It claims that we will get economic benefits from the international financial organizations, if we obediently follow the commands of America, securing its interests in our region. The regime undermines Pakistan’s security for dollars earned guarding the hegemony of the US colonialists. It does so even though the power of its armed forces and intelligence are for fulfilling the interests of Islam and Muslims, which includes thwarting the destructive US plans. Every sane person knows that Pakistan is the most powerful force in Afghanistan, determining both its political direction and security paradigm. You must provide Nussrah for establishing the Khilafah (Caliphate) in Pakistan, which will be able to easily annex Afghanistan and Central Asia to strengthen the Ummah by unification, forcing the US out of the region, politically, economically and militarily. This is the true victory that Muslims must seek. Allah (swt) said,وَيَوْمَئِذٍ يَفْرَحُ الْمُؤْمِنُونَ * بِنَصْرِ اللَّهِ يَنصُرُ مَن يَشَاء وَهُوَ الْعَزِيزُ الرَّحِيمُ “On that day will the believers rejoice at the victory granted by Allah. He grants victory to whomsoever He pleases. He is the Most Mighty, the Most Compassionate.” [Ar-Rum: 4-5].