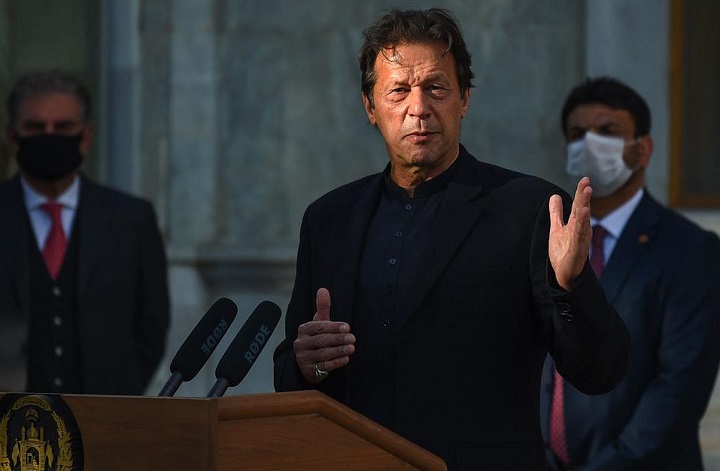 In an interview with CNN on 15 September 2021, Pakistan’s Prime Minister, Imran Khan, complained that “We were like a hired gun” during America’s War on Terror, even though Pakistan’s current rulers are acting as “hired facilitators,” to ensure that the US re-enters our region through the back door.

When the United States came to the conclusion that its crusade was ending in humiliating defeat, despite Pakistan’s rulers conducting military operations and maintaining NATO supply lines to assist it, Washington set its sights on achieving its goals through a maze of negotiations. Currently, the Bajwa-Imran government is striving to ensnare the Taliban in the colonialist traps of international recognition, international legitimacy, international order, liberal human rights and Western rights for women. Indeed, facilitation is underway on many fronts today. The Bajwa-Imran government facilitated US troops fleeing from Kabul, by opening the doors to five-star hotels throughout Pakistan. Pakistan’s rulers currently facilitate the US through the use of an air corridor above our heads, which the US pilots call “the Boulevard.” Pakistan’s rulers also facilitate the US regional counter-terrorism infrastructure by allowing its invasive intelligence surveillance centers on our soil, housed in the US consulates and embassy. Indicating the utility of Pakistan’s rulers as hired facilitators for negotiations, Imran Khan urged his Western masters to use the Taliban’s need of economic aid to avert a crisis in order to steer them in “the right direction towards legitimacy.”

Whilst Biden is humiliated and ridiculed all over the world, facing a political crisis within its own country, it is an ideal opportunity for Pakistan to drive the ailing United States out of the region for good, by re-establishing the Khilafah to unify Pakistan, Afghanistan and Central Asia as a single powerful state. However, squandering this golden opportunity, Pakistan’s rulers are meeting with the CIA chief and bringing together the region’s intelligence chiefs to steer the Taliban government to prostrate before the colonialist order. These rulers are pursuing a US policy of restricting Islam within the borders of nation-states, subjugating Afghanistan to the colonialist world order and maintaining the Western political and economic structure in Afghanistan. On the one hand, internationally, Pakistan’s leadership defends itself by taking credit for facilitating the US in its crusade, whilst on the other, for domestic consumption, it is trying to present Taliban’s victory as its own. However, this treacherous government strives to gain the wounded Biden a victory on the negotiation table, that he could never achieve on the battle field. Allah (swt) said,

“When they meet the believers they say, “We believe.” But when alone with their evil associates they say, “We are definitely with you; we were only mocking (14) Allah will throw their mockery back at them, leaving them to continue wandering blindly in their defiance. (15)” [Surah al-Baqarah 2:14 and 15]

O Pakistan’s Armed Forces! Put an end to this series of betrayals by granting your Nussrah to Hizb ut Tahrir for the re-establishment of the Khilafah (Caliphate). May Allah (swt) punish the treacherous rulers through your hands. They first acted as hired guns for America and now act as hired facilitators to lay waste to the sacrifices of millions of Muslims. After a wait of one hundred Hijri years, since the destruction of the Khilafah, ensure the return of the ruling by all that Allah (swt) has revealed. Indeed, the establishment of the Khilafah is the greatest of the duties commanded by Allah (swt) and His Messenger (saw). Invest your strength and power for establishing the global dominance of Islam, defeating the enemies of Islam and Muslims. So who amongst you will come forwards to fulfill this duty, earning success in both the Dunya and the Aakhira?