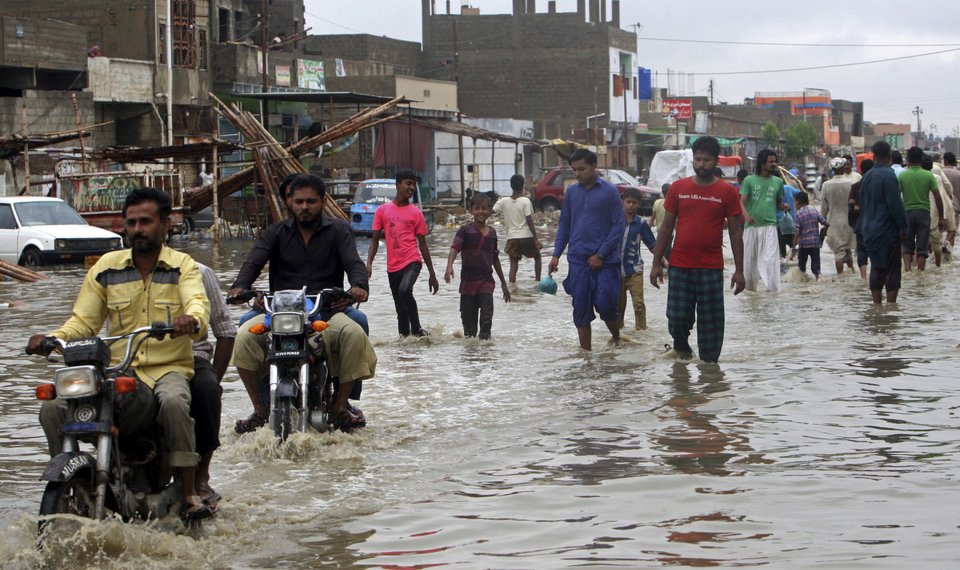 Debt Trap is Part and Parcel of Capitalist Economic System

The federal government’s total debt stood at Rs31.784 trillion as of June FY19 end, jumping by 31.27 per cent from Rs24.212tr in same period last fiscal year, the State Bank of Pakistan reported on 9 August 2019. The party of Imran Khan, Pakistan Tehreek-i-Insaf (PTI) has been laying blame for Pakistan’s weak economic situation upon the previous regimes. It claims that Pakistan Muslim League-N (PML-N) and Pakistan People’s Party (PPP) increased the debt of Pakistan in last the ten years from 6 trillion Rupees to 24 trillion Rupees. However, the debt of Pakistan has been increased by 7 trillion Rupees in just the first year of the PTI regime, which has never happened before in the history of Pakistan. Federal Minister for Economic Affairs, Mian Hammad Azher, commented on this situation and said that those who are criticizing the increasing debt are ignoring other principles of economics. Thus, the minister of the “regime of change” is replying in the same way as the previous ministers of PML-N and PPP used to do when they were confronted with the same question. So a question arises why is debt still increasing whilst we have an “honest” regime in place now?

In the capitalist economic system, the state remains perpetually short of funds and revenues because valuable natural resources like oil, gas, electricity, coal, copper and gold, that are large revenue generators, are handed over to a few powerful people, in the name of privatization. Similarly, the state has little stake in the sectors of the economy where large investment is required like telecommunication, railways, aviation, shipping. Again, huge revenues are also generated but it is for the benefit of the private sector in the name of “freedom of ownership”. After doing these two actions, the state does not have the resources to provide funds for its obligations. So the state either increases taxation upon the people or borrows money. Usually the gulf between the needs of the state and the available revenues are so large that even increasing the taxation does not fill it and so the state resorts to taking more loans. Pakistan is not alone. The wealthiest states of the world are under huge debt including the largest economy of the world, the US, whose total debt is 108 percent of its total Gross Domestic Product (GDP). Therefore, even under the PTI government, national debt is increasing because of the continuation of the capitalist economic system.

Pakistan can only escape the debt trap by burying the capitalist economic system and enforcing the economic system of Islam. In the economic system of Islam, electricity, oil, gas and all natural resources can never be handed over to private ownership, because Allah (swt) has declared them as public property. The state manages their affairs being the representative of the people, gathers revenues from them, places them in the State Treasury and then spends on the people’s needs. Similarly, the company structure is such in the economic system of Islam that the role of the private sector become minimized in the sector where huge investment is required. So, the state plays a leading role in telecommunication, railways, aviation, construction and transport. The State Treasury is filled with the large revenues generated from this sector. Therefore, in order to experience real change, we have to implement the Deen revealed by our Creator as He (swt) knows everything. Allah (swt) said,

On 11th August 2019, Dawn reported that the power sector has achieved a record increase in its revenues of over Rs121 billion, while curtailing line losses worth Rs16bn. Under the campaign to curb electricity theft, Rs1,368 million was recovered from power thieves. The arrangement of Rs200bn from Islamic Sukuk bonds was also used to make payments. Pakistan produces14 percent electricity from oil, 31 percent from gas, 16 percent from coal, 4 percent from nuclear energy, 5 percent from solar and wind energy and 1 percent from other sources. Almost 50 percent electricity is produced from oil and gas, whilst one third is being produced by Independent Power producers (IPPs). The government every year pays 422 billion rupees to IPP’s as capacity charges. In 2019, the government changed the price of electricity six times under the pretext of tariff adjustment and fuel adjustment. These changes make it clear that the government is burdening common man twice, as in the event of any increase in oil and gas prices, the IPPs simply passes on that cost to the consumer price of electricity.

Islam gives a comprehensive solution to resolve the injustice in the power sector. In Islam, electricity generating units cannot be owned by private sector because they are public property and so the private sector cannot benefit of it. Abu Aawood reported from Abbas that Messenger of Allah (saw) said,

Moreover, the government cannot place GST, surcharge and other taxes because there is no provision for such taxes in Islam. Furthermore according to the energy policy of Islam, people will not be supplied electricity heavily through expensive inputs, such as oil and gas, rather water, solar and wind sources will be employed to produce cheap resources so that there is less production cost and people are provided with affordable electricity. Also the Khilafah (Caliphate) will further reduce the cost of producing electricity and increase its production with the help of scientific research in universities, so the demand of electricity will be fulfilled with minimum cost.

Loss of Life during Rains in Karachi is Due to Democracy

The Dawn Newspaper reported on 15th August 2019 that during the monsoon rains between 10th to 12th August, 27 people were killed in the province of Sindh. According to the police summary report, out of 27 deaths in Sindh, 24 occurred in Karachi and amongst them 15 were killed because of electrocution. The video of a killing of three friends because of electrocution has shaken the social media. Upon watching, every eye was filled with tears, with people asking questions as to who is responsible for this tragedy. Blame shifting occurred, with the Karachi city government blaming the provincial Sindh government and Sindh government transferring this blame to the Pakistani federal government.

Democratic regimes, whether federal or provincial, have completely failed in take care of peoples affairs. Democratic politicians, whether in government or in the opposition, shamelessly ignores the problems of the people. Rains and floods are not a unique phenomenon to Pakistan. Severe rain comes every year but all democratic regimes have been unable to take effective measures to protect the lives of human being. The Muslims of Pakistan are facing heavy monsoon rains and floods for the last ten years, almost continuously. In 2013, floods killed 178 people and 1.5 million people were severely affected. In 2012, floods 520 people were killed and1180 people were injured. The 2010 flood was the worst flood in Pakistan’s history, in which 1800 people were killed and 12 million people were affected. Every regime, one after another, failed to protect the lives of the people because of the democratic system. In the democratic system of ruling, it is not the responsibility of the government to take care of the affairs of the people, but only to protect the interests of ruling elite. Wherever democracy is present, we see that the ruling elite exploit the common man and ignore their problems. We saw this problem in the United States as well, the biggest flag bearer of democracy, when Hurricane Katrina hit the American state of Florida and Louisiana in August 2005, causing catastrophic damage; particularly in the city of New Orleans in which 1833 people were killed. According to an estimate this hurricane caused a damaged of 108 billion dollars to property. When Congress investigated the response of the federal, state and city governments, and it came to know that Red Cross and FEMA did not have enough resources to help the victims. This investigation assigned the blame for the loss of lives and property to all level of government. This is the reality of politics in democracy, where politicians are only interested in getting another term to secure their personal interests, instead of focusing on the interest of the people.

In Islam, politics means taking care of the interests of the people and it has been declared an obligation. If this obligation is ignored, than we will be accounted in front of Allah (swt). RasulAllah (saaw) said,

“If any ruler having the authority to rule Muslim subjects dies while he is deceiving them, Allah will forbid Paradise for him.”
(Bukhari)

Therefore, we saw that in the Islamic ruling, politicians always looked after the affairs of the Ummah. When Umar (R.A) was given the responsibility of ruling he said,

“If a lost sheep under my care were to die on the banks of the Euphrates, I would expect Allah the Exalted to question me about it on the Day of Resurrection.” After the death of RasulAllah (saaw), Makkah was once flooded so Umar (ra) ordered to build two dams to the protect Ka’aba. He also build dams in Madinah so flooding may not occur. Therefore it is imperative that Muslims abolish democratic system which is the root cause of their problems and re-establish the Khilafah (Caliphate).