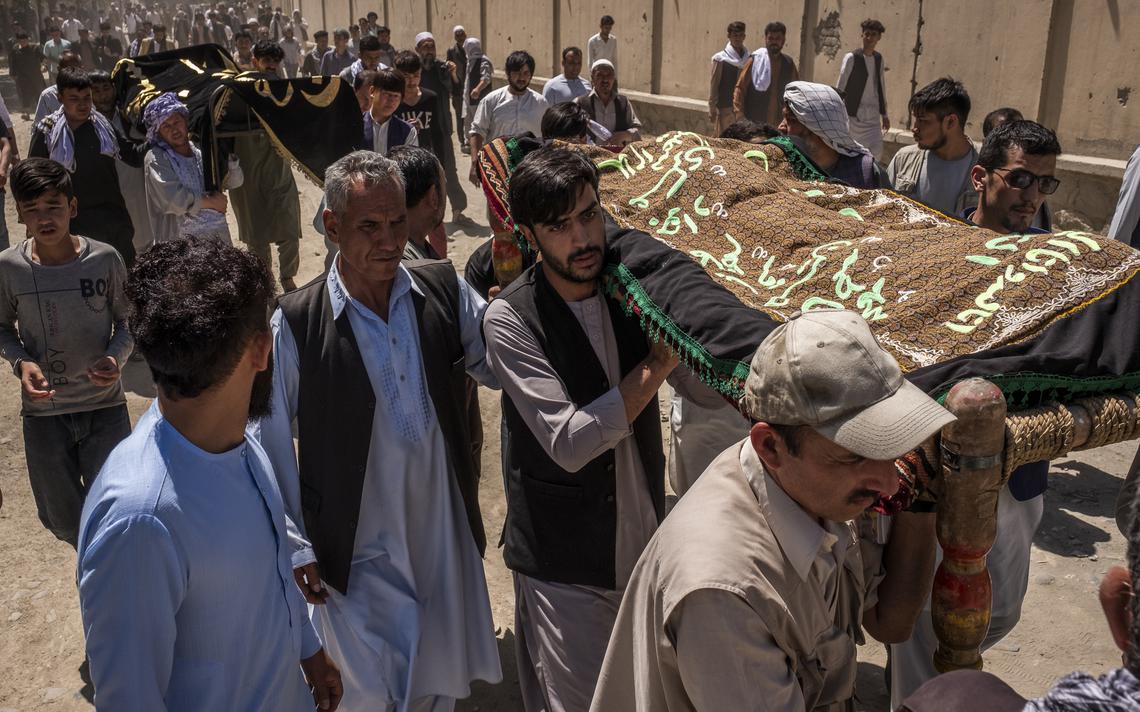 The Blood of Afghan Muslims: A Tool to Gain Privilege in the Peace Process

In the recent brutal explosion on a wedding reception in the west of Kabul nearly 100 civilians were killed and hundreds wounded. The Media Office of Hizb ut Tahrir in Wilayah Afghanistan condemns the explosion in the strongest possible terms, and supplicates to Allah (swt) to grant Jannat ul Ferdous for the dead, and swift recovery for the wounded, and Sabr-e-Jamil (patience) for their families. Those who have committed this heinous act do not adhere to any human or Islamic value.

It is apparent that these dreadful crimes occur as a result of rivalries amongst Intelligence Agencies of Regional and International Powers over the ongoing Afghan peace process, where each party strive to gain greater share from the cake of the peace process through devious explosions and suicide attacks; all at the cost of killing innocent people of Afghanistan. Since the start of the so-called peace process, all public places, including villages, cities, mosques, madrassas, schools, universities, buses, weddings, and funerals have turned into forefront of the war. All parties involved in this war, consider shedding of Afghan blood as winning ticket in the peace process only to secure benefits and privileges for themselves.

War and peace in Afghanistan is orchestrated to benefit the US and the Western interests – whereas, these western powers switch between the slogans of peace and war only when it suits their own interests. Few days earlier, President Ashraf Ghani, while addressing Afghan security forces has shamelessly stated: “Today, it is due to your sacrifices that not a single explosion took place in Washington and New York. You are indeed responsible for global security.” However, the sad reality is that as a result of rivalries among the Intelligence Agencies the blood of the people of Afghanistan is shed to secure the interests and maintain security of Washington, New York, London, Paris, Berlin, Beijing, Moscow, Delhi, Tehran and Islamabad. It has been repeatedly confirmed by US officials that their priority is not to ensure security and stability in Afghanistan, but to protect their own interests and their allies’.

The terror-and-killing drama of the people of Afghanistan will only come to an end, when the military, intellectual, political, intelligence, economic, and cultural roots of occupation are totally eradicated from this country, and when the people of Afghanistan stop being fooled by fake slogans of peace, behind which the evil agenda of occupation and war is hidden. This will truly happen if these traitor rulers are ousted, and the infidel Western occupations are driven out of this land; and instead of which, the Islamic Khilafah (Caliphate) is re-established upon the method of the Prophethood to rule over our distressed people and the Muslim Ummah.