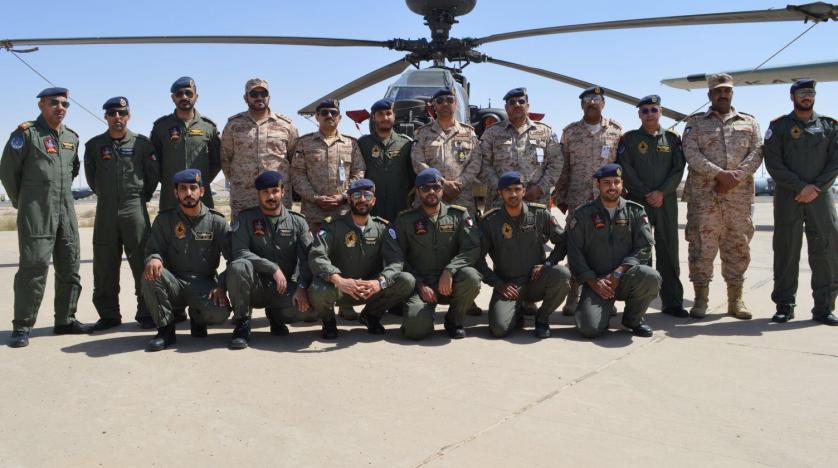 Colonialist Borders must be Eradicated to End Enmity between Muslims

Afghan officials handed over the bodies of five martyred personnel of the Frontier Corps as well as an injured soldier to the elders of Kurram Agency on 16 April 2018, as talks continued between the two sides to deescalate tension along the border. Hundreds of tribesmen carrying heavy weapons had rushed to the Laka Tiga post and adjacent areas on 15 April to support the FC soldiers who came under attack from the Afghan side. Heavy exchange of fire took place in the area. Armed tribesmen from the Afghan side also supported their border forces. According to the sources, the Afghan officials asked their Pakistani counterparts to erect fence five meters inside the demarcation line.

The agent rulers of Pakistan and Afghanistan are inciting nationalistic sentiments to sow the seed of hatred between the believers living on both sides of the Durand Line, the border between Pakistan and Afghanistan. This line was created by the British colonialist Raj to divide and weaken the tribal resistance against her occupation. However, tribes living on both sides never accepted it and remained connected with each other. When Soviet Russia invaded Afghanistan, the brotherhood between the Muslim tribes on both sides of the Durand line played a critical and important role in mounting resistance against this occupation. Eventually this resistance not only forced Soviet Russia to withdraw her forces, it triggered the collapse of Soviet Russia. Now America, the new aggressor, knows that unless this brotherhood is destroyed, her occupation in Afghanistan is under existential threat. So, traitors in the political and military leadership of Pakistan constructed a fence along Durand Line under the pretext to stopping terrorists entering Pakistan, which is hotly contested by puppet regime in Kabul. Both of these regimes are doing so under the instructions of their masters in Washington. This tension has weakened the Muslims of the region whilst strengthening their enemies, India and the US.

The solution is not to erect fences. The solution is to tear down fences and unify Pakistan and Afghanistan as one state, under a single Khaleefah Rashid. This alone will make the Muslims of the region strong enough to easily counter any enemy threat. The Muslims of Pakistan and Afghanistan must not be swayed by the policies of their traitor regimes. They must hold the rope of Allah (swt). United we are strong, but divided we are weak. Allah swt said, وَأَطِيعُواْ اللّهَ وَرَسُولَهُ وَلاَ تَنَازَعُواْ فَتَفْشَلُواْ وَتَذْهَبَ رِيحُكُمْ وَاصْبِرُواْ إِنَّ اللّهَ مَعَ الصَّابِرِينَ “And obey Allah and His Messenger, and do not dispute (with one another) lest you lose courage and your strength depart, and be patient. Surely, Allah is with those who are As-Sabirin (the patient ones)” [Surah Anfal 8:46]

Enforced Disappearances Confirm the Folly of Alliance with the US

The chairman of the Commission of Inquiry on Enforced Disappearances, retired Justice Javed Iqbal, briefed the National Assembly Standing Committee on Human Rights on 16 April 2018 that he will contact Pashtun Tahafuz Movement’s (PTM) leader Manzoor Pashteen to inquire about the matter of missing persons. “The numbers mentioned in Balochistan are contrary to the facts,” he said. “A lot of these people have left those areas or they are living in the mountains… Enemy’s agencies are also involved in this; they abduct our people to give a bad name to the country.”

Fighting or calling for the end of the occupation are not crimes, they are duties upon the Muslims. Moreover the masters of the regime realize that the call for Islam is what gives life to the resistance against foreign occupation. So, the regime denies the Muslims’ right to account the rulers, undertaking measures to silence them under the banner of stopping the “sympathizers of terrorism.” Any Muslim who raises his voice against the American Raj, or calls the people for the implementation of Islam or praises Jihad against the Kuffar enemy occupying forces is now to be persecuted harshly and prevented from access to the media. America’s agents clamp down on Islamic expression in the media, social media and the political medium, denouncing it as “hate speech”, “radicalism” and “Islamism,” whilst seizing thousands of sincere Ulema and politicians who call for Jihad against America’s occupation of Afghanistan and the return of the Khilafah to Pakistan. They have also enforced the disappearance of many Muslims, for either fighting the US occupation or calling for its end.

The regime sides with the US, even though Allah (swt) warned, وَلَن تَرْضَى عَنكَ الْيَهُودُ وَلاَ النَّصَارَى حَتَّى تَتَّبِعَ مِلَّتَهُمْ قُلْ إِنَّ هُدَى اللّهِ هُوَ الْهُدَى وَلَئِنِ اتَّبَعْتَ أَهْوَاءهُم بَعْدَ الَّذِي جَاءكَ مِنَ الْعِلْمِ مَا لَكَ مِنَ اللّهِ مِن وَلِيٍّ وَلاَ نَصِيرٍ “Never will the Jews nor the Christians be pleased with you till you follow their religion. Say: ‘Verily, the Guidance of Allah is the only Guidance. And if you were to follow their desires after what you have received of Knowledge (the Qur’an), then you would have against Allah neither any Wali (protector or guardian) nor any helper” [Surah al-Baqarah 2: 120].

All Muslims must stand firmly and challenge the tyrants in their alliance with the US. We must remember that the forceful suppression by the tyrannical rulers is a test from Allah (swt). If we fail and succumb to the pressure, even then Allah (swt) will complete His light but we will ruin our life in this world and in the Hereafter. At this time we must respond to the tyrants and their mouthpieces in the same defiant manner in which RasulAllah ﷺ did to the demand to desist from the call to Islam, delivered via his uncle Abu Talib, proclaiming, «لَوْ وُضِعَتِ الشَّمْسُ فِي يَمِينِي وَالْقَمَرُ فِي يَسَارِي مَا تَرَكْتُ هَذَا الأَمْرَ حَتَّى يُظْهِرَهُ اللَّهُ تَعَالَى أَوْ أَهْلِكَ فِي طَلَبِهِ» “By Allah if they put the sun in my right hand and the moon in my left on condition that I abandon this course, until Allah has made me victorious, or I perish therein, I would not abandon it.”

Military Exercises for the Reassurance of the Saudi King, When Muslim Blood is Shed in Rivers

Prime Minister Shahid Khaqan Abbasi on 16 April 2018 left Saudi Arabia after attending the concluding ceremony of Joint Gulf Shield-1 military drill. During his two-day stay in the Kingdom, Mr. Abbasi was accompanied by Defense Minister Khurram Dastagir, Chief of the Army Staff Gen Qamar Javed Bajwa and ISI Director General Lt Gen Naveed Mukhtar. Twenty-four countries participated in the Gulf Shield-1 military exercise, which continued for nearly a month. Troops from the Pakistan Army, Pakistan Air Force, and Pakistan Navy participated in the exercise. The drills are being described as one of the largest military exercises in the region, aimed at “raising level of preparedness; enhancing mutual coordination and cooperation among the participating countries, exchange of expertise and security integration”.

It’s shameful to see Muslim rulers watching war games, while keeping the Muslim armed forces busy with futile exercises and drills, at a time when the Muslim Ummah is bleeding from many wounds. The Muslims of Syria cry for help whilst facing chemical attacks by the forces of Bashar. We witness the Muslims of Palestine and Kashmir, who are calling for help against the occupation of the Muslim Lands by Jews and Hindu mushrikeen, the worst in enmity to Muslims. If these exercises are not a prelude to protect Muslim land, blood and honour, then what is the purpose of these exercises, we ask? The real purpose of these exercises is to secure the Muslims rulers, who usurp the authority from the Ummah by force. Thus, the exercises are a prelude to the continuation of colonialist rule, where they are oppressing Muslim masses at the behest of their colonialist masters, whilst keeping the Muslims deprived of the immense resources of the Ummah. It’s no secret that the regimes in the Muslim World today are the puppet regimes of foreign powers and that is why their rule is not derived from the natural source of power i.e. the Muslim Ummah. Instead their rule is built upon external support of our enemies, which they earn through betrayal of Muslims. Therefore, these rulers are fearful of the awakening of the Ummah. They know fully well that their days in ruling are numbered. Holding military exercises to secure their rule or to fight proxy wars for their colonialist masters is a necessity for their cling to power.

The rule of agents of colonialist powers must end and the authority must return to the Ummah. The re-establishment of the Khilafah on the Method of the Prophethood will ensure the capabilities of armies to fight to protect the honour and dignity of the Muslims. In Islam, the authority is for the Ummah. It is the Ummah that appoints its ruler to safeguard its interest through the implementation of Islam. No-one has the authority to take away this authority from the Ummah, as the Shariah has mandated that the appointment of the Khalifah is by the Ummah and the Khalifah takes his authority from the Pledge of Bayah (Allegiance). RasulAllah ﷺ said, «كَانَتْ بَنُو إِسْرَائِيلَ تَسُوسُهُمُ الْأَنْبِيَاءُ، كُلَّمَا هَلَكَ نَبِيٌّ خَلَفَهُ نَبِيٌّ، وَإِنَّهُ لَا نَبِيَّ بَعْدِي، وَسَتَكُونُ خُلَفَاءُ فَتَكْثُرُ»، قَالُوا: فَمَا تَأْمُرُنَا؟ قَالَ: «فُوا بِبَيْعَةِ الْأَوَّلِ، فَالْأَوَّلِ، وَأَعْطُوهُمْ حَقَّهُمْ، فَإِنَّ اللهَ سَائِلُهُمْ عَمَّا اسْتَرْعَاهُمْ» “Banu Isra’il were ruled over by the Prophets. When one Prophet died, another succeeded him; but after me there is no Prophet and there will be caliphs and they will be quite large in number. His Companions said: What do you order us to do (in case we come to have more than one Caliph)? He said: The one to whom allegiance is sworn first has a supremacy over the others. Concede to them their due rights (i.e. obey them). Allah will question them about the subjects whom He had entrusted to them.” (Agreed upon).