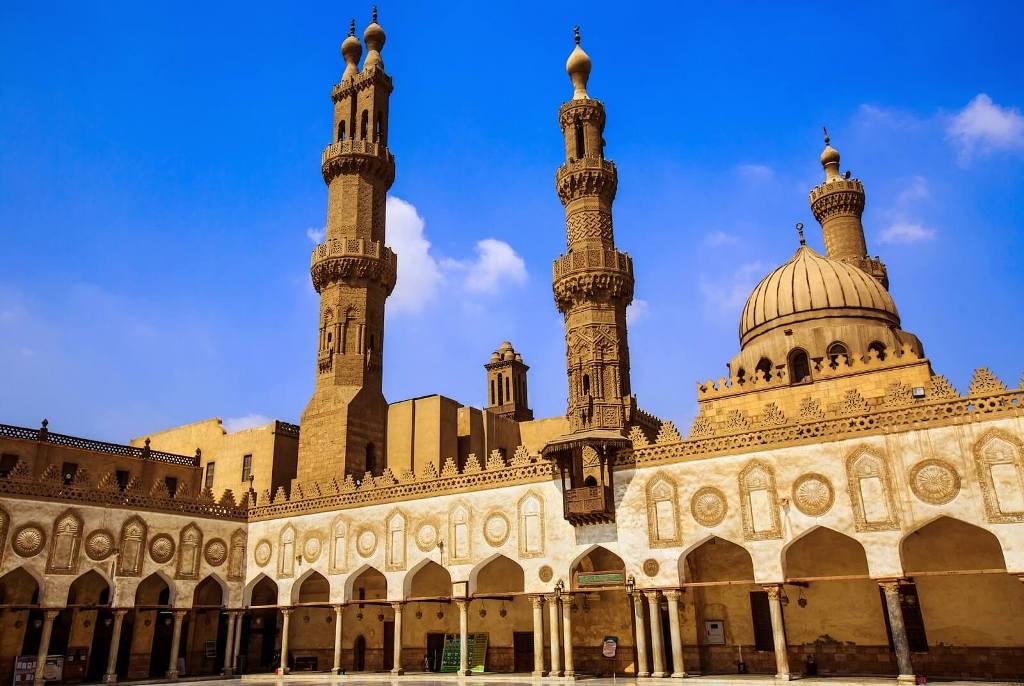 The Ummah of Islam was not defeated from outside, but by traitors from within it who were drawn up by the West and drank its ideas, and its state did not fall except after the separation of its thoughts and Aqeedah and the rulings that emanate from it from the reality of its life, which the West strived to achieve and seeks to keep so that the Ummah of Islam does not exist.

In our country, states and affiliated institutions, called Islamic, speaking in the language of Islam were established, and behind which was the Kafir West. The aim was to destroy Islam and its ideas, prevent it from reaching power and its return once again as a way of life for Muslims, implemented upon them at home in a state that conveys it to the world, so people see it as a practical reality, and they enter the religion of Allah in multitude. They were funded by the Kafir West to distort the image of the Khilafah (Caliphate) and the rulings of Islam in the eyes of their people before the peoples of the Ummah who yearn to be ruled by Islam. Then, they and those like them come after they tacked their tongues and were given titles (such as the Organization for Al-Azhar Graduates) so that those who read or hear about them would imagine them to be scholars and researchers in Shariah sciences and believe their falsity.

As they say lie according to what they published on their website on 13/12/2019 CE, “since neither the Holy Qur’an nor the pure Prophetic Sunnah nor the events of the Noble Seerah refer to a specific system of governance in Islam after the death of the Messenger of Allah ﷺ, and whoever reads the hadiths narrated in the chapter of the emirate from the books of the pure Sunnah, he will not find any legalization of the system of government, but the Shariah affirmed a set of principles that must be observed in the ruling, whatever its form, such as justice, appointing the one who is competent of governing, and so on, which means that Muslims did not find a specific system set for ruling, but it was their circumstances which determined it”.

As if they had not come across the saying of Allah Almighty: وَأَنِ احْكُمْ بَيْنَهُمْ بِمَا أَنْزَلَ اللَّهُ وَلا تَتَّبِعْ أَهْوَاءَهُمْ وَاحْذَرْهُمْ أَنْ يَفْتِنُوكَ عَنْ بَعْضِ مَا أَنْزَلَ اللَّهُ إِلَيْكَ “And judge, [O Muhammad], between them by what Allah has revealed and do not follow their inclinations and beware of them, lest they tempt you away from some of what Allah has revealed to you.” ]Al-Maida: 49].

Then they disagreed with all the scholars of the Ummah; both the Salaf (early) and the Khalaf (late) scholars, in their understanding of what happened in the Saqifah (courtyard), and they rejected the Ijma’a of the Sahabah (consensus of the companions) on the necessity of the appointment of a Khaleefah (Caliph)…  We do not know from where they got that the Companions (ra) never considered the Khilafah (Caliphate) or Khaleefah (caliph), except in the linguistic sense, while the early and the late scholars defined the Khilafah as a general presidency and complete leadership over Muslims’ affairs that pertain to the world and religion. The author of al-Ahkam as-Sultaniyyah defined it by saying: “The Imamate is established to succeed Prophethood as a means of protecting religion and managing the affairs of this world.” And the author of Al-Maqasid defined it as: “General leadership for the affairs that pertain to the world and religion, it is a succession from the Prophet ﷺ”. And others defined it not differently to that. The Khaleefah is therefore the guardian of religion, and the manager of the affairs of this world on behalf of the Prophet ﷺ in the rule of people and on behalf of the Ummah in applying Islam on them.

Then, they mentioned the sequence of the Khilafah from Abu Bakr to those who followed him and mentioned by themselves that all of these were selected by the people, trying to confuse at times between the people’s selection, the Shura and the pledge of allegiance (Bayah) without explaining what is Shura and what is Bayah. All those were selected by the people and the people truly consulted in selecting them and pledged their allegiance to them to hear and obey. Thus, Bayah is a Shari’ rule obligated on the citizens for the ruler and its convening is a condition in the validity of his mandate for the people’s affairs. Thus, Bayah is a contract between the citizens and the ruler to hear and obey in ruling the Ummah with Islam, and the Ummah gives it to the caliph with consent and choice. Those who do not obtain a pledge of allegiance from the Ummah are considered by Shara’ as usurpers of power and the authority of the Ummah like all the rulers of our time. As for their saying of what Muawiyah has done to make the ruling in his family, it is contrary to Shariah. The Khilafah is not inherited, and even those who followed him from Bani Umayyah and Bani Abbas and even Bani Uthman, it was not the succession to the throne that delivers them to the rule, rather the Baya’h was taken from the Ummah in its form and appearance, even if the manner of attaining it was misapplied, it was a legal Baya’h and the one who obtained would meet the legitimate conditions for the Khilafah that they did not mention, which are to be a Muslim man, adult, sane, free, and just, competent to carry out the burdens of governance and Khilafah, and the state that was under their authority from Muawiyah until the last considered caliphs of Bani Uthman, was a Khilafah state that applied Islam and did not apply other provisions.

As for their saying, “what some organizations and groups have adopted theorizing for the establishment of religious parties fighting to seize power, considering this as a major goal of the Sharia, and based on the ideas of Al-Mawdudi, Abdel-Qader Awda and Taqiuddin Al-Nabhani who are not considered in the religious scientific environment, is a deviation from the approach of the masses of the Islamic nation from the Salaf and the Khalaf.” We do not know what the religious scientific environment they are talking about, and what are the criteria for consideration in it?! Those who they fabricate lies against them, none of them came with what contradict the Shariah, or the words of the masses of the Ummah from the Salaf and the Khalaf. Rather, the words of those who are called the Organization for Al-Azhar Graduates are contradictory and deviant from all the sayings of the scholars and masses of the Ummah from the Salaf and the Khalaf, and no one of the Ummah’s scholars says their words except those among the scholars of our time who sold their religion for a little offer from the world.

As for us in Hizb ut Tahrir, what we adopt of ideas of Islam that were written by the founder Ameer Taqiuddin Al-Nabhani, Rahimahu Allah, who graduated from Al-Azhar and was one of its most distinguished scholars, are the ideas of Islam and we have evidence for them from the Book and the Sunnah and what they indicate of from the and what they indicate Ijma’a of the Sahabah and the Shari’ Qiyas (legal analogy), and we do not fight to seize power, but rather we work according to the methodology of the Prophet ﷺ to bring Islam to power and resume life with it under the Khilafah Rashidah (rightly guided Caliphate) on the method of the Prophethood. That methodology in which there was no material action or armed conflict, but rather an intellectual and political struggle, and Nusrah (victory) from the people of power and influence to establish the state that applies Islam, so people see it as a practical reality.

We address the people of Egypt, the people of the Kinanah, the people, scholars, and people of power and influence, that this is your Deen that is fought and prevented from application, so realize your religion and support it, and establish its state that protects you, harbors you and restores your rights to you. And do not listen to those who sold their religion for the world of rulers, nor to those positioned by the West to confuse you in your religion and spoil your world affairs. Put your hands in the hands of Hizb ut Tahrir, the frontrunner who did not lie to you, and it works for your good. And know that you have no salvation but by the Khilafah that the Hizb is working to establish and which the West tries to prevent its establishment and distort its image, because its establishment will stop its plundering of your wealth and the dependence of your country on it generation after generation, so cut off its meddling hand by the establishment of the state that protects you and restores your honor and goodness and pleases your Lord. O Allah hasten it and the people of its victory; and make us from its witnesses and its martyrs.