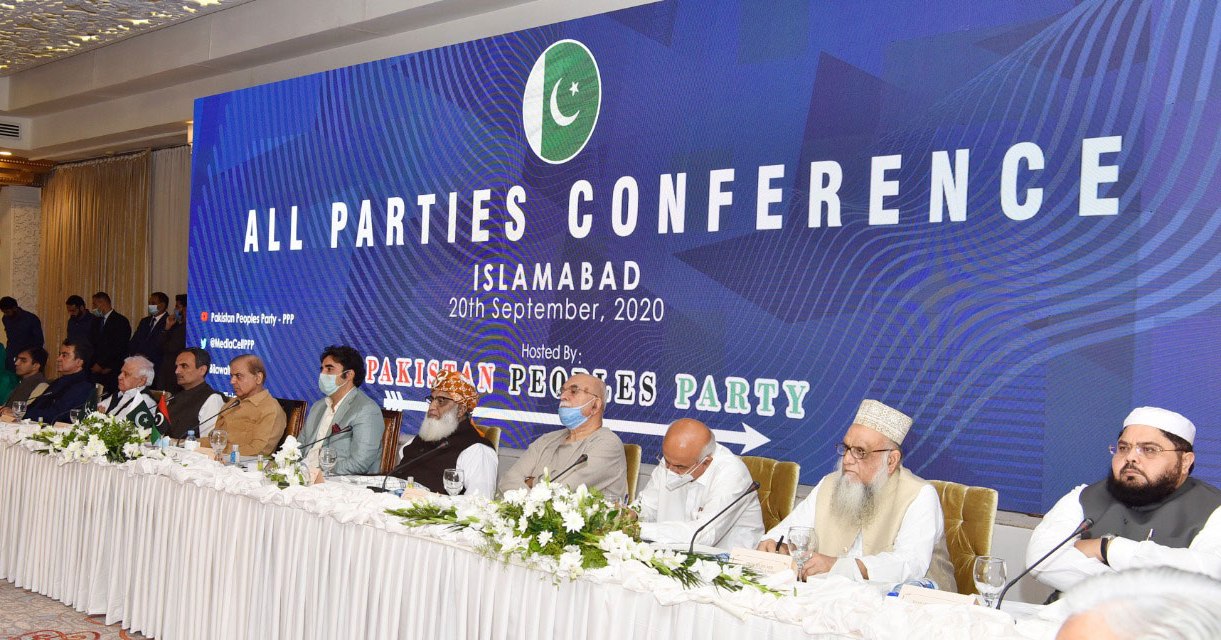 Not the Misguiding Charter of Democracy

Since the disastrous rules of the Musharraf-Aziz, Kayan-Zardari and Raheel-Nawaz regimes, the United States was compelled to secure the colonialist system in Pakistan from collapse. As rulers of Muslims stood exposed after the Arab Spring, Washington set a trap under the banner of the hybrid Bajwa-Imran regime, with the slogan of “change.” With the so-called change having failed, the previous agents of the colonialists are now gathering under the banner of the PDM with the slogan of “Charter of Democracy.”

The Charter of Democracy is a toothless charter devoid of decisive resolution to mobilize the armed forces for the liberation of Occupied Kashmir. Instead, upon US dictation, the entire political leadership have agreed to grant provincial status to Gilgit-Baltistan, effectively surrendering Occupied Kashmir to the Hindu State as quid quo pro, making the Line of Control a permanent border. It is a destructive charter that endorses the capitalist economic system that allows a small power elite to seize the resources of Pakistan, whilst the hard earned money of the common man is looted in the name of taxation, only to be transferred to the coffers of domestic and international lenders through unlawful interest payments. It is an unjust charter that endorses the current judicial system, derived from corrupt Anglo Saxon law rather than the divinely revealed Quran and Sunnah, as well as being the cause for the suffering of hundreds of thousands trapped in endless, futile trips to the courts. It is a spineless charter that does not command even a single shot for the liberation of Al-Masjid Al-Aqsa from the Jewish occupation, let alone the threat of military mobilization to protect the honor of RasulAllah ﷺ, following the practical example of the Ottoman Caliph, Abdul Hameed II. It is a deceptive charter that does not call for either the expulsion of all American forces from Afghanistan, or the unification of Pakistan and Afghanistan as one Islamic State. It a charter of misguidance endorsing the Western liberal values that destroy family life and corrupt the next generation. It is a submissive charter that accepts a world order designed by the Western colonialists, chaining Pakistan to servitude of the West. It is a treacherous charter, pledging allegiance to the colonialist engineered 1973 constitution, rather than demanding a constitution derived from the Quran and Sunnah alone.

Both democracy and dictatorship are failed systems of falsehood and the Ummah is not to be stung from the same hole twice. The Ummah will be revived by what was right at the beginning, the Khilafah Rashidah. Committing to the Khilafah project, let the people of power grant Nussrah to Hizb ut Tahrir, so that Pakistan becomes the powerful platform for the unification of the Muslim Lands. Allah (swt) Alone is Master of His Affairs, so who will follow the footsteps of Saad bin Mu’adh (ra), the blessed leader of the Ansar, granting Nussrah for the ruling by all that Allah (swt) has revealed? Allah (swt) said, ياَ أيُّهَا الَّذِيۡنَ اٰمَنُوۡا كُوۡنُوۡۤا اَنۡصَارَ اللّٰهِ كَمَا قَالَ عِيۡسَى ابۡنُ مَرۡيَمَ لِلۡحَوارِيّٖنَ مَنۡ اَنۡصَارِىۡۤ اِلَى اللّٰهِ قَالَ الۡحَـوَارِيُّوۡنَ نَحۡنُ اَنۡصَارُ اللّٰهِ You who have iman! be helpers of Allah as ‘Isa son of Maryam said to the Disciples, ‘Who will be my helpers to Allah?’ The Disciples said, ‘We will be the helpers of Allah.’  [As-Saff 61:14]