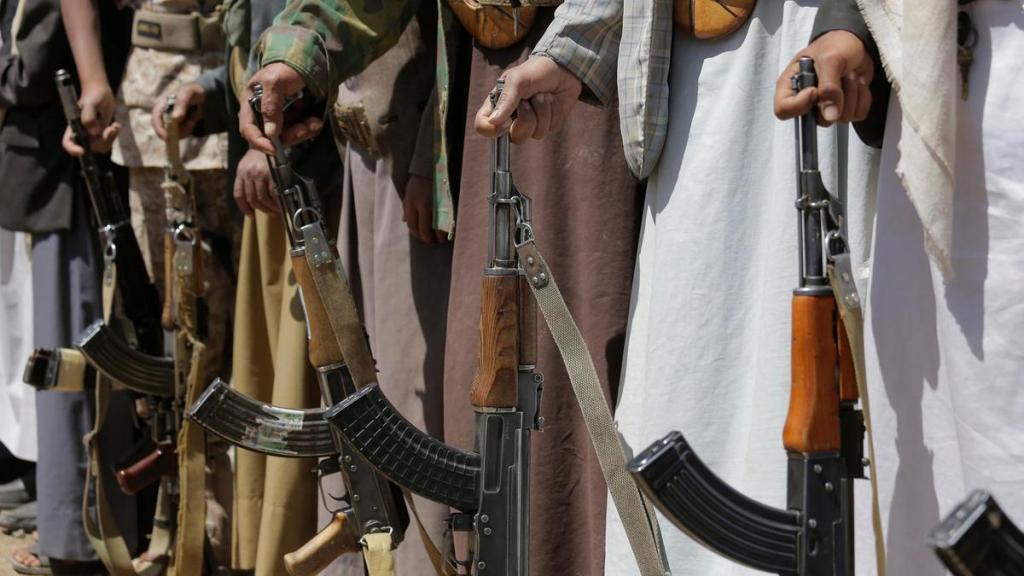 The Houthis celebrated the sixth anniversary of their entry into Sanaa on September 21 2014 CE, and as usual, their master Abdul-Malik al-Houthi lavished and frothed with a dull, repetitive speech, in which he promised the people of Yemen the continuation of the situation as it is! He did not mention the economic achievements promised to the people by the revolution of 21 September 2014 to ease the economic burden on their shoulders after the Basindawa’s government agreed to act on the World Bank’s rotten capitalist recommendations.

The General Electricity Corporation prepares to provide electric power again to the people of the country who wish to deliver it to them at a price of 150-180 riyals in exchange for service entry fees of 5000 riyals in addition to 1000 riyals as a monthly subscription fee to pay the salvage for the past six years in which they did not see the electricity, by doubling the price of the kilowatt to 30 times what it was before 21 September 2014!! In order for the Houthis to consider this an achievement, they brought it after a power outage for six years, during which they allowed private power stations that sold one kilowatt for 200-300 riyals. This is the second bitter fruit of the Revolution of 21 September 2014, which came after the first fruit of the revolution that befell the people in Yemen and are still suffering from it, which is the rise in the prices of oil derivatives 2-5 times and gas 3-5 times which was associated with the rise in the price of all things, and the inability of the revolution of 21 September 2014 to bring them back to their previous values, 4000 riyals per barrel (20 liters) for gasoline and diesel, and 1200 riyals per gas cylinder.

The achievements of the Houthi revolution will not stop at this point, but will come one after the other and will follow successively, and will consume everything from the high prices of oil derivatives, cut off the salaries of public sector employees, and the privatization of electricity to the education in which its nails were established – to make people ignorant by distracting them from education – by forcing students to pay a thousand riyals per month and arranging for private education and charging fees for tuition, medicine, roads, etc. … it is one of the accomplishments of the Quranic March!! The World Bank and the International Monetary Fund (IMF), which have imposed on the Basindawa’s government, to lift subsidies on oil derivatives, and are now reach out to the Houthis, attest to this. The Houthis do not realize that the rule of electricity in Islam is that it is a public property derived from its establishment on public ownership – oil and gas derivatives – as they do not differentiate between private, public and state property!!

The eye in Aden is on the privatization of the Buriqa refineries, and in Sanaa on the privatization of the Public Electricity Corporation, one of them is the heat and the other is the fire, so the sane person seeks refuge from none of them! In the old days, a single Aswad Ansi appeared in Yemen – Abhala bin Qais – who showed concern for the country and its people, so he corrupted, and his sedition ended with his elimination, but there are so many Abhalas today!!

Islam is innocent of all the slogans and actions of the Houthis with which they deal with economic and other life affairs. The application of Islam will only be in the state of the second Khilafah Rashidah (righteous Caliphate), in which the sky showers its rain and the earth brings out its blessings that please the inhabitants of the heavens and the inhabitants of Earth, which Hizb ut Tahrir calls on the people of Iman and wisdom to work with it to establish it.