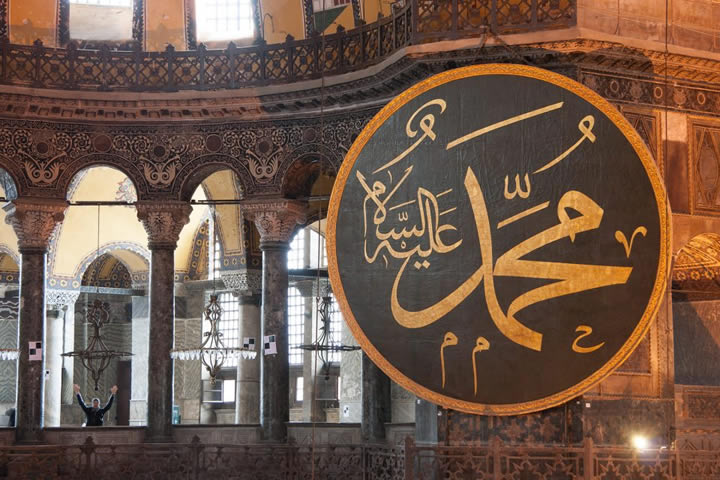 The followers of truth and falsehood had always been in conflict with each other throughout history. Every Prophet (a.s.) and their followers had enemies and were opposed severely but in the end Allah gave victory to the righteous followers of every Prophet, be it the followers of Nooh, Ibraheem, Lut, Musa, Isa, (peace be upon all). All of them faced trials and tribulations, losses and wins in their lifetime, but ultimately towards the end, they were victories in this life as well as the next. Such is the glad tiding conveyed to the believers. Allah says in the Quran

The Ummah of Prophet Muhammad (saw) had also been through lot of ups and downs for the past 1400 years but as promised by Allah and His Messenger:

“Verily Allah has shown me the eastern and western part of the earth, and I saw the authority of my Ummah (nation) dominate all that I saw.” (Saheeh Muslim, hadeeth #2889)

Tamim al-Dari reported: The Messenger of Allah, peace and blessings be upon him, said,

Now that there is no doubt that our Ummah will achieve victory in this life and the next, it does not befit Muslims to adopt any other methodology that is contradictory to the method of the Prophet, or compromise with the basic tenets of Islam in order to attain this victory. History is witness that any adopting a method other than the method of the prophet, has failed to achieve the goal even if it seems to be promising initially. Allah (swt) says

“Indeed, in the Messenger of Allah you have an excellent example for whoever has hope in Allah and the Last Day, and remembers Allah often.” [Surah Al Ahzab: 21].

Similarly the Muslim public should not be impressed nor brainwashed by the few showcased Islamic aspects of cunning politicians. For example, how can Erdogan be a part of NATO (a millah of Kufr came allied together against Islam), how can Turkey forsake the Muslims of Syria being in the same border but America come all the way and bomb Syria. How can Imran Khan claim to establish a state like Madinah and take RIBA loans from IMF and World Bank. How can Iran claim itself an Islamic country and ally with Bashar Assad to slaughter Muslims of Syria?

How can Al-Quds force of Iran never protect Masjid Al-Aqsa, but fight fellow Sunni Muslims? How can we normalise with “Israel” if they kill innocent civilians, ally with the US, call for nationalism when it’s haram.

“O you who have believed, enter into Islam completely and do not follow the footsteps of Satan. Indeed, he is to you a clear enemy” [Surah Al Baqarah: 208].

Indeed the Prophets, sahabas and salafs struggled without compromise and gave no excuse and never adopting any contradictory method to Islam. Beginning from the Prophet Nooh (as) who followed the commandment of Allah in an uncompromising way and the dawah of Ibrahim (as) who radically called people to Islam without sugarcoating.

“If they put the sun in my right hand and the moon in my left on condition that I abandon this course, until Allah has made me victorious, or I perish therein, I would not abandon it.”

During the Khilafah of Abu Bakr (ra) when a difference arose whether to send the army or not, Abu Bakr (ra) said “By Him in whose hands is my soul even if the beasts of prey snatch me away and no one remains in the villages I would carry out the orders of the Prophet (saw) and send the army under the command of Usamah bin Zayd. With these words he put an end to all of the arguments. He was not talking about the strategy or what was most beneficial.

Even from the lives of righteous Imams who never gave up on their stance despite torture and imprisonment. There are numerous people in contemporary times who sacrifice their life and wealth for this divine cause but never backed down. They are like Ashab Ul Ukhdood who were mentioned in Surah Burooj by Allah Azza wa Jal. They were all thrown in a fire pit and none of them survived but they did not give up. Even though none of them survive, Allah calls their fate as great Victory. Why? Because they did not give up until the last minute and they held onto the truth and did not bow to the tyrant and they died on Tawheed. So Allah calls their fate as great victory as what matters is, the Akhirah.

Towards the end of the Uthmani Khilafah when the big powers were conspiring against it, Sheikh ul Hind Maulana Mahmood Hassan (who was the then head of Darul Uloom Deoband and direct student of Maulana Qasim Nanautavi, the founding father of the Darul ‘Uloom) in the 1920’s, mentioned a fatwa regarding saving the Uthmani Khilafah from the enemies of Islam.

The respected Maulana said ‘The enemies of Islam have left no stone unturned to strike against and harm the honor and prestige of Islam. Iraq, Palestine and Syria that were won over by the Prophet’s companions and his followers, after numerous sacrifices, have once again become targets of greed of the enemy of Islam. The honor of Khilafat is in tatters. Khalifa-tul-Muslimin, who used to unite the entire community on this planet; who is the vice-regent of Allah on this earth; used to implement the universal law of Islam; who used to protect the rights and interests of Muslims and used to preserve and ensure the glory of the words of the Creator of this universe be preserved and implemented, has been surrounded by enemies and made redundant.’

When Shaykh al-Hind Mawlana Mahmud Has’an was interrogated by the British on the island of Malta, Mawlana asked the Jailor why the British are plotting to demolish the weak Khilafah of Ottoman State? Jailor responded, “Don’t try to be innocent Mawlana, even the weak Khilafah is capable of galvanizing the entire Muslim Ummah under the banner of Jihad and shake thrones of Power.” [1]

“And those who disbelieve are allies of one another, (and) if you (Muslims of the whole world collectively) do not do so [i.e. become allies, as one united block under one Khalifah (a chief Muslim ruler for the whole Muslim world) to make victorious Allah’s religion], there will be Fitnah (wars, battles, polytheism) and oppression on the earth, and a great mischief and corruption (appearance of polytheism). (Muhammad Taqi-ud-Din al-Hilali & Muhammad Muhsin Khan)

It has been mentioned in Tafsir At-Tabari about the above verse, that the best interpretation of this Verse:

“And those who disbelieve are allies of one another, (and) if you (Muslims of the whole world collectively) do not do so (i.e. become allies, as one united block” [Surah Al Anfal: 73] is “That if you do not do what We (Allah) have ordered you to do, [i.e. all of you (Muslims of the whole world) do not become allies as one united block to make Allah’s religion Islam) victorious, there will be a great Fitnah (polytheism, wars, battles, killing, robbing, a great mischief, corruption and oppression.)”). And it is Fitnah to have many Khalifahs, also mentioned in Sahih Muslim Allah’s Messenger said: “When you all (Muslims) are united (as one block) under a single Khalifah (chief Muslim ruler), and a man comes up to disintegrate you and separate you into different groups, then kill that man.” Also there is another narration in Sahih Muslim, Allah’s Messenger said: “If the Muslim world gave the Bai’a (pledge) to two Khalifah, the first one who was given the Bai’a first will remain as the Khalifah, then kill the latter one.•

So it is a legal obligation, from the above-mentioned evident proofs (from the Qur’an and the Prophet’s statement), that there shall not be more than one Khalifah (a chief Muslim ruler) for the whole Muslim world or otherwise there will be a great Fitnah (mischief and evil) amongst the Muslims. [2]