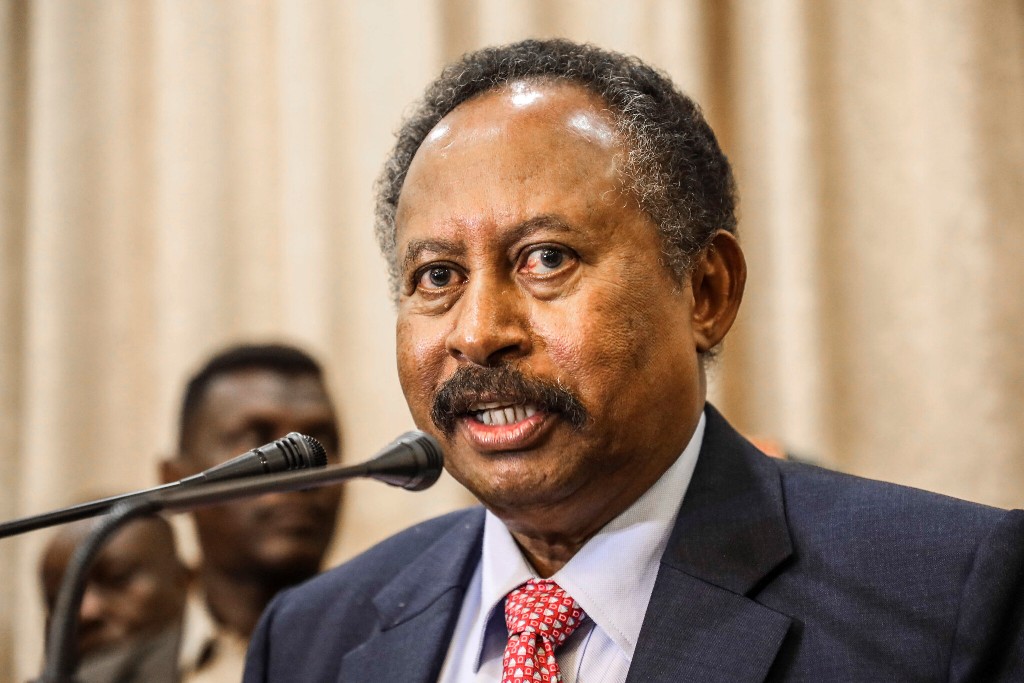 Three feminist groups handed over, the Sudanese Prime Minister Abdullah Hamduk, a list of their female candidates in state governorships according to the criteria of the governor’s job description and that they are struggling in order to make the value of justice that he cheered in all processions become a living reality. The committee’s statement stated that its purpose is to consult with its rules and membership on nominating capable, professional and qualified women with experience in civil service work or in the field of management and strategic planning for state governorships in accordance with the criteria of the job description of the governor and also the selection of women who have a full commitment to women’s issues. (Al-Taghyeer, 1 May 2020).

O feminist associations who deviated from the correct path of Allah! The founding of the idea of justice based on equality is an extraneous idea that has no basis from the ideology of Islam nor in terms of justice, and it is an idea based on the fact that true justice means equality between all individuals in the rights and duties and in front of the law, and any disparity between them is considered to be unjust!! While women in the West suffered from applying equality, wronged and destroyed their family and were hostile to men because they do not see their rights from the perspective of justice, but from the perspective of complete equality. Instead of repeating failed foreign societal experiences, and instead of supporting those who will spread the life of Western dissolution and immorality in the Muslim society, we must embrace our values and religion and adhere to them, which has a tried and tested divine approach to organizing the roles, duties and rights of men and women for a society in which Allah’s (swt) justice prevails.

O Muslimahs, Islam came with various rulings, including what is general that includes women and men, and among them what is specific to men without women, and among them what is specific to women without men, and distinguished between men and women in some of them. He (swt) commanded that each of them be satisfied with what was specific to them, and He prohibited them to have envy towards one another and dissatisfaction. Allah (swt) says: وَمَا كَانَ لِمُؤْمِنٍ وَلَا مُؤْمِنَةٍ إِذَا قَضَى اللَّهُ وَرَسُولُهُ أَمْراً أَن يَكُونَ لَهُمُ الْخِيَرَةُ مِنْ أَمْرِهِمْ وَمَن يَعْصِ اللَّهَ وَرَسُولَهُ فَقَدْ ضَلَّ ضَلَالاً مُّبِيناً “It is not for a believer, man or woman, when Allah and His Messenger have decreed a matter that they should have any option in their decision. And whoever disobeys Allah and His Messenger, he has indeed strayed in a plain error.” [Al-Ahzab: 36] Accordingly, it is not permissible for a woman to assume the ruling, so she is not a ruler, and does not undertake any position that is considered to be from the ruling, as the Sharia stipulated that the ruler be a man when it was narrated from Abu Bakra who said: When the Messenger of Allah, may Allah’s prayers and peace be upon him and his family, had been informed that the people of Persia reigned over them the daughter of Kisra (Chosroes), he said: «لَنْ يُفْلِحَ قَوْمٌ وَلَّوْا أَمْرَهُمْ امْرَأَةً» “A people who make a woman their ruler will never be successful” [Extracted by Al-Bukhari]. So when the Messenger ﷺ informed us that there is no success to those who make a woman their ruler suggests that it is not allowed for a woman to take such a position. As the hadeeth’s statement is in a demanding style, and since the hadeeth came in a form of defamation it becomes a Qareena that it is a definitive prohibition, hence assigning a woman a ruling position is haram (prohibited).

The resumption of the Islamic life by establishing a Khilafah Rashidah (a righteous Caliphate) on the method of the Prophethood is the honorable struggle that every Muslim must carry out, not the political suicide committed by these feminist associations that work with the agenda, goals, and plans of the capitalist West that women turn against today in the light of the rule of Capitalism in the world.