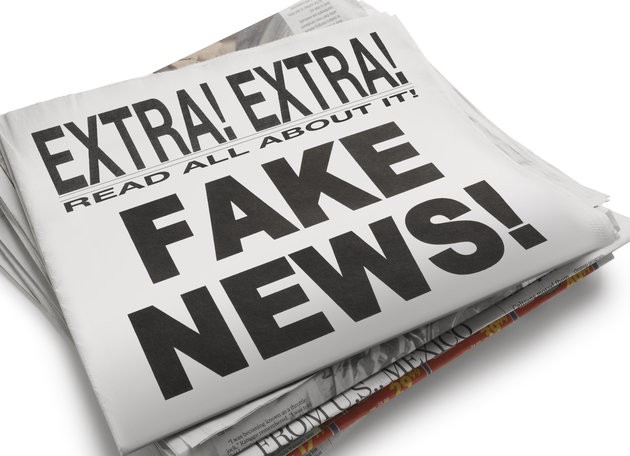 The Cairncross Review report exposes the contradictions at the heart of democracy. On the one hand, free access to information is said to be fundamental for power to remain in the people’s hands, yet neither true power and nor free access to information are ever afforded to the people, lest the powerful elite lose some of their power or control of the information. In reality, a free media that works to inform the people is only an illusion. The media industry is owned and controlled by the powerful elite, working for their interests alone.

The independent nature of social media and the foreign nature of internet technology giants like Google and Facebook have brought new challenges to the political establishments in Europe, who have traditionally relied upon the media to manipulate the people’s emotions while providing the democratic facade of choice.

The continuing European, including Britain’s, attempts to expose and control the news sources that they do not control only show how fragile the democratic system really is. Being as there are no solid principles of what is right and wrong in a democratic society, the ability to manipulate the emotions of the electorate is fundamental to securing the interests of one powerful group over another. As long as people believe that they have made their own decisions on the basis of accurate and complete information, then the democratic illusion of free choice exists.

With great irony, on the day when the Cairncross report is released recommending tighter controls on the giant American media companies like Google and Facebook, the BBC gives front-page prominence to an article about why people in Britain still believe conspiracy theories about aliens and shadowy groups controlling government and media.

The British people have long endured a thoroughly controlled media diet, provided by the BBC and mainstream newspaper corporations. The Brexit reporting prior to and after the referendum are in stark contrast. Before, we only heard about the loss of sovereignty to Brussels and dangerous immigrants, with near silence on the economic impact of leaving the European Union. After the result went against the wishes of the elite, the focus is almost entirely on the economic harms of hard Brexit, without any mention of the xenophobic justifications that brought about the referendum result.

Hypocritically, the media has hyped up the role that foreign actors have played in interfering with online news prior to recent general elections and referendum, even accusing the British pro-leave campaign of being unfair, bringing into question the legitimacy of the result itself.

There are no such concerns about the accuracy of media reports about Islam and Muslims in Britain, however. Corporate control of the media serves the interests of an elite that launched a war on the Islamic Ummah and our ideology, which is falsely named a war on terror.

Furthermore, interference in other nations’ media and democratic processes is not a problem at all for Western governments, as again the interests of the tiny powerful elite are the only real concern of the media machine that they control. The reporting of the recent Venezuela crisis, and the threats to interfere, are not reported as an affront to the democratic process, while the Cambridge Analytica scandal was, where Facebook data was used for political purposes. The foreign funding of the opposition who claimed victory in last year’s Malaysian election is hardly mentioned, even though it is barely concealed.

It is time for the Muslim community in Britain to be at the forefront of highlighting the manipulative nature of the mainstream media. Muslims should openly expose the failure of the democratic system to promote honest debate about the most serious ideas affecting the world today. Moreover, Muslims should sympathetically explain to the wider society that the Islamic ideology does not hide behind a facade of lies, as the secular capitalist ideology does. Muslims are not afraid of their ideology being debated, unlike the secular elite. Yet, the denial of a genuine voice to represent Islam is a serious matter, as the people are then denied any information other than what the self-serving secular elite deem to be in their own interests.

“And say, “Truth has come, and falsehood has departed. Indeed is falsehood, [by nature], ever bound to depart.””