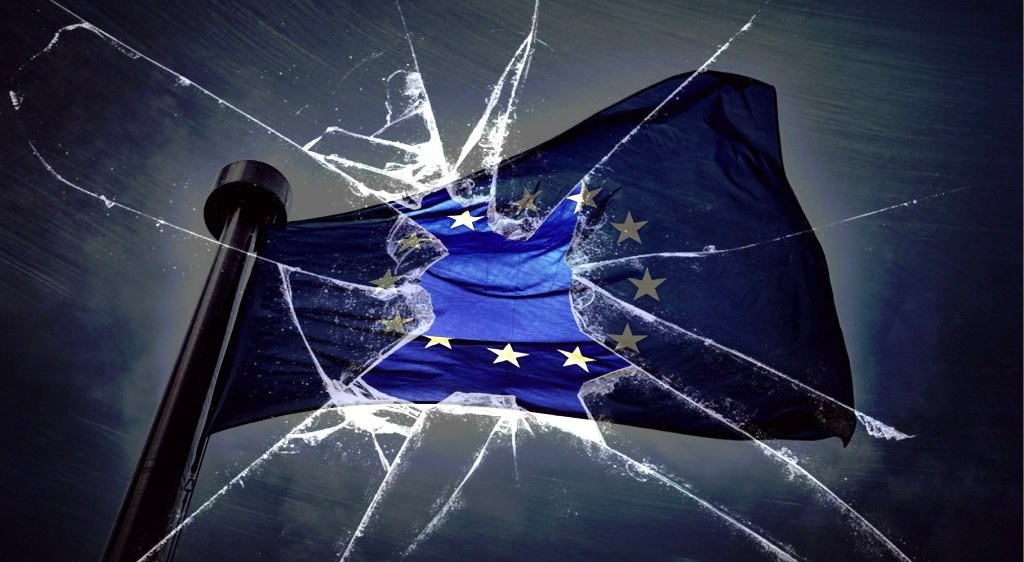 The European Union’s future is one of the biggest questions yet to be answered. After the Second World War, Europe was in ruins where 100 million lives perished because of the two great world wars. This was due to the hedonism and the spiritual emptiness engrained within the Europeans, which made it so prone to the dangers of nationalism. The Europeans decided that the political and economic unity was a necessity for the Europeans, to attain security and progression. In 1957 this decision became a reality, due to the signing of the Rome treaty which resulted in establishing the European Economic Community (EEC). In the beginning the EEC consisted of West Germany, Luxembourg, France, Italy, Belgium and the Netherlands. During the Cold War, many more European countries started to join the EEC, and the restrictions regarding, employment, trade and travel started to ease in increments.

It wasn’t until the fall of the Berlin Wall in 1989, where things really started to gain velocity regarding the European integration. At 1992 the Maastricht Treaty was signed which gave birth to the European Union, where the mutual policies started to apply on many more countries within the European continent. Also, it gave birth to the common currency the Euro, which was established to achieve political unity and economic prosperity. The establishment of the union and the fast integration was possible only due to one factor, the unipolar power, which is the United States of America. When the collapse of the Soviets occurred post 1991, the power politics came to an end. Where the existence of any serious threat towards the United States, and to its democratic bridgehead the EU became non- existent.

America installed and maintained the ideas of free trade, liberalism, peace, human rights, and democracy within Europe. The EU was and still is a springboard board for the US through which it can one day invite Russia, into the EU. Which will end up giving the US even more unlimited access to power and minerals, then it already consumes. But today that invitation is and for a long time has been, terminated for it to ever become a reality in the foreseeable future.

NATO is also established by the United States, to provide security for the Europeans and to create a balance of power. During the Cold War, NATO was used primarily for containing the Soviet Union furthermore, to keep the German suppressed from rearmament. At 1951 Lord Ismay the first secretary general of the NATO stated, “Keep the Soviet Union out, the Americans in and the Germans down”. This logic even until this day manifests within Europe, where Germany’s role has remained until this day very much commercialised and economically orientated. As for Russia it is very much being contained by United States and its NATO allies. Lastly, as for the United States it still retains the most dominant position.

Over the years, the EU’s goal of political integrity and unity has not been synonymous, with the economic goals of prosperity. Politics have always intervened within the economic structure and policies of the European Union. People who like to believe that economics should be separated from politics, is either deranged or an economist. The problem until this day very much remains the same, each country within Europe has its own political goals to pursue, and the European common currency is hindering that from becoming a reality. Since, the establishment of the EU the concept of unity amongst the European nations is still, a vison, a goal, a concept for the future. But now those hopes and goals, are soon to face the inevitable end.

The European common currency known as the Euro, was established to bring political unity amongst the European nations. Since, the 2008 financial crisis the Euro as a common currency has failed to bring growth stability. Each country’s situation differs from the other so, when it comes to the monetary expansion policy, it fails to benefit every country within Europe. Each country has different levels of unemployment, debt, and trade imbalances. Each country within the Eurozone shares a common currency that being said, each country gives up the control on its interest rates. Due to this very reason, there is now way that a country can adjust its interests’ rates which correlates to its domestic situation, to increase exports in order to pay of its debt and gain a trade balance.

This has resulted in stronger countries becoming stronger and weaker becoming weaker within Europe. German GDP went from 10.4 times of that of Greece to 15.0 times that of Greece in 2015[1]. The neo economic liberal agenda seems to have created inequality not just domestically but also regionally. This is the rotten fruits of capitalism, which has created the globe into an arena of the elite v elites.

Italy is another example, where if the interest rates rise to a normal level then the debt that Italy has to pay, will be even higher compared to the previous high debt to GDP ratio, which stood around 133% in 2017.[3]  France’s GDP has continued to at a mediocre rate of 1.2% in 2016 and forecasted to grow at 1.4 % in 2017.[4]  The numbers of this year’s forecast have remained stagnated around 1.3- 1.4%.

This is just snapshot of the disaster which continues to cultivate since, the 2008 financial crisis. Greece is in a serious situation, where some 75% of the households reported a decrease in their home income in 2016, 40% had to cut back even on food, and a third at least have one unemployed member.

The austerity program has not helped either, to fix these issues.

When the nominal rates go up and they will, then the debt will increase of all these countries. Germany is also in debt but still stronger compare to the latter, due to its trade surplus reaching all- time high in 2016 hence, the euro only benefits the few countries within the EU. The Euro common currency, hence, does not work in order to solve the diverse problems that are present within the individual economies, rather is benefiting the few.

The majority of exports from the EU are from Germany, the liberal free trade has been used by Germany to exploit the latter within Eurozone. The economic structure of Germany is mercantile, due to all the exports being concentrated in one location, and due to the common currency, the high exports remain cheap within Europe. Mercantilism is considered an aberration within the Adam Smith’s School of Economics and Finances, hence, it shows that what is being propagated is totally inconsistent with what is being implemented.

Each country has its own political objectives, different beliefs, where nationalism and racial superiority is still present, a lot like the days of old Europe. Due, to the Euro dilemma the right wing in France and the other countries in Europe have strengthened, especially the peripheral ones. Viktor Orban’s demise of democracy, Le Pen’s right wing in France, populist Italy where the attacking of the Euro has been taking place by propagating new economic reforms for the people, which are alien to the Economic policies of the eurozone. Politics is connected to economics, and each country is not able to decide its own political destiny, due to fixed rates of the Euro currency. While Germany has dominated Europe without using a single bullet.

Where does America fit in all this?

US President Donald Trump is aware of the situation, regarding the Eurozone crisis. He is also aware that the United States struggles to portray its global military preponderance. Free trade and globalism have hurt the United States and has left the domestic situation in ruins. Germany not now, but in the future can very well be a threat to the United States’ interests. Its growing economy and the freeride within NATO, has raised uncertainty about the German intentions.

No more multilateral, but bilateral trade will be more beneficial for the United States, simply because the profit is split two ways.

In order to accelerate the rift among the EU nations, nationalism and populism’s implementation is key for the US to achieve its objectives. Which is to help other Europeans nations to overcome Germany’s leverage over the latter, where they will pursue their own policies and currency. When this occurs, Germany no longer can keep increasing its exports within the eurozone, where the prices of the goods remain low due to the common currency.

Currency manipulation is used as pretext by Donald Trump and his administration in order to apply tariffs onto the EU. Where in 2017 his advisor stated, “A big obstacle to viewing TTIP as a bilateral deal is Germany, which continues to exploit other countries in the EU as well as the US with an ‘implicit Deutsche Mark’ that is grossly undervalued.” [8]. At 2019 Trump, except of attacking Germany attacked the whole of EU regarding the currency manipulation. In order to prevent a direct spotlight on Germany, which can cause agitation and aggression. This time Trump himself stated, “China and Europe playing big currency manipulation game and pumping money into their system in order to compete with USA,”[9]. In reality it is mainly Germany which is the focus of the US, within the European continent.

Britain is key, to fulfil the America’s agenda of unravelling the EU. Britain always had mixed feelings towards the EU and believes itself to be superior. Since, the establishment Britain isn’t pleased with the EU. America has always maintained a relationship with Britain, even though there is an Anglo-American conflict in Middle East. Britain’s attitude towards the EU is summarized in four points:

Sir Roy Denman a former British senior official in the European commission at 1955 stated, “The future treaty which you are discussing has no chance of being agreed; if it was agreed, it would have no chance of being applied. And if it was applied, it would be totally unacceptable to Britain….au revoir et bonne chance” [10]. This dictum summarizes Britain’s viewpoint towards the EU.

America has used Britain to cause a spark within Europe and has created uncertainty. Many more countries want to exit the EU, where nationalism is strengthening, and far right are gaining ground. Secondly, Trump also advocates the need for patriotism and nationalism openly, which has started to influence the European nations. Where Steve Bannon is also involved in doing the groundwork for trump within Europe.[11]

One question still lingers, which is the German question. How will this shape Germany’s future would it pursue Russia, or would it remain with the US, despite the Americans attitude towards the Germans? Not to mention the application of sanctions by the US on the Nord stream 2 pipeline of Russia, which is agitating Germany. Would the stage be set for pre 1945? Only time will tell. But the sons of the Ummah should carefully examine the divide amongst the kuffar. In order to conclude who, the Khilafah (Caliphate) can use within Europe, in order to liberate and neutralize all our enemies from exploiting our resources. And provide an alternative economic system which satisfies the needs of all the people.

It is secularism that has divided them, where the individualism has manifested and prevailed within every fibre of their body. Where the political unity is non-existent and always has been that way. Where the ideological bond between them is frail in order to keep them untied, hence, their alliances are temporary rather than enduring.

They EU originates from the 17th century structure, where the Europeans wanted to unite against the Ottomans, due to fear of Islam of knocking onto their doorstep and from liberating them. Till now they suffer to the achieve unity like the Ottoman Khilafah. Sultan Mehmet (May Allah be pleased with him) said: “You are 20 states… you are in disagreement among yourselves… There must be one state, one faith and one sovereignty in the world.” [12]  Till this day they remain deluded and reject the truth with all their hearts.

“Their hostility towards each other is intense. You consider them united but their hearts are scattered wide. That is because they are people who do not use their intellect.” (Al-Hashr, 59:14)