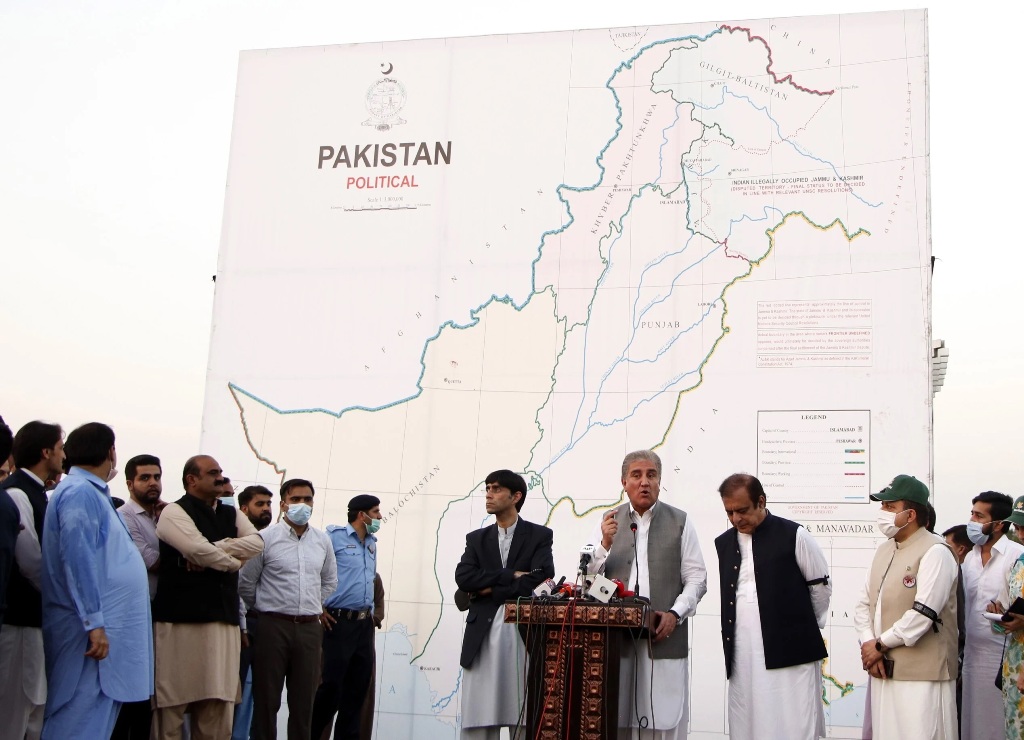 The Bajwa-Imran regime has exceeded all limits in treachery against Occupied Kashmir. Having refused to liberate Occupied Kashmir by mobilizing Pakistan’s willing and able armed forces, the neglectful regime has now announced the permanent burial of the issue of Kashmir by ensuring a surgical bilateral partition. For this nefarious purpose, General Bajwa held a meeting with the democratic political leadership to make Gilgit-Baltistan into the fifth province of Pakistan, effectively converting the Line of Control into a permanent border and submitting to Modi’s outrageous claim over Occupied Kashmir as an integral part of India. Prior to this treacherous initiative, a separate constitutional status was granted to both Gilgit-Baltistan and Azad (Liberate) Kashmir to send a clear message that all of Kashmir, including Occupied Kashmir, is a gaping wound in the side of Pakistan that will never close until all of Kashmir is restored to its body. Making Gilgit-Baltistan a fifth province amounts to nothing less than a gift for Modi, delivered by the Bajwa-Imran regime upon the orders of the United States.

By doing so, the Bajwa-Imran regime flagrantly disobeys the commands of Allah (swt) and His Messenger (saw) to fight those who occupy Muslim Lands, expelling them such that they dare not return again. By disobeying the commands of Allah (swt) and His Messenger (saw), the regime has ruthlessly trampled over the powerful bond that is the Islamic brotherhood, which compelled the Muslims of Pakistan to fight India over Kashmir for decades, sacrificing their sons willingly in Jihad, whilst praying for the flag of Islam to be raised over Srinagar. Indeed, the regime has been deceiving the Muslims since Modi forcefully annexed Occupied Kashmir on 5th August 2019. From the very outset, the regime cooperated with the Hindu State upon the orders of Washington, burying the issue of Kashmir so that India can redeploy her forces towards the borders of China, and now that the regime has made Gilgit-Baltistan the fifth district, the regime has been exposed except to those who are blind and foresight.

O Muslims of Pakistan Armed Forces! The Bajwa-Imran regime has openly declared any armed support for the Muslims of Kashmir as an act of enmity and terrorism, compelling them to surrender by woefully abandoning them. Thereby Modi’s aggression of 5th August 2019 was a golden opportunity, provided by Allah (swt), for any sincere military commander to break the jaw of the exhausted and demoralized Indian forces. Even now a golden opportunity exists, as Occupied Kashmir is demanding liberation, the US is evidently reluctant to fight costlier wars in Eurasia, Kafir states are confronting each other and as the Hindu State is facing the severest economic crisis in its history. With all these means of weakness in India, the regime handed occupied Kashmir to Modi!! Enough is enough! You must seize this treacherous leadership, throwing them into the dustbin of history as you provide Nussrah for the restoration of the Khilafah (Caliphate) on the Method of Prophethood. Move now to secure yourself from the wrath of Allah (swt) for you are the people of power, fully capable of uprooting the regime of treachery and disobedience. Grant your allegiance to a Khaleefah who will lead you in Jihad for the liberation of Occupied Kashmir and Masjid Al-Aqsa, seeking the pleasure of Allah (swt) and securing success in this Dunya and the everlasting Aakhira. Allah (swt) commanded, وَاقْتُلُوهُمْ حَيْثُ ثَقِفْتُمُوهُمْ وَأَخْرِجُوهُم مِّنْ حَيْثُ أَخْرَجُوكُمْ وَالْفِتْنَةُ أَشَدُّ مِنَ الْقَتْلِ “And kill them wherever you overtake them and expel them from wherever they have expelled you, and Fitnah is worse than killing.” [Surah al-Baqarah 2:191].