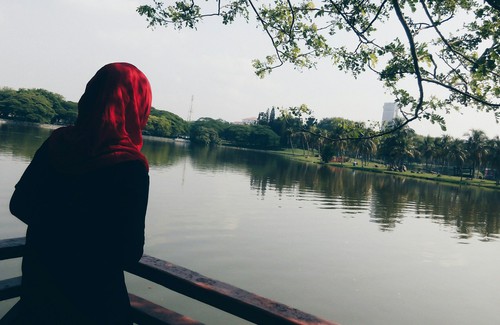 In the village of Zhany-Pakhta, Sokuluk district in the Chui region of Kyrgyzstan, schoolgirls in hijab were not allowed to enter the school. This was reported by AKIpress news agency with reference to the girls’ brother.

The Ministry of Education and Science replied on the request from journalists to comment the situation that, according to the Constitution Kyrgyzstan is a secular state, respectively, secondary schools are also secular. “The government approved recommendations for school uniforms, including a white top, black bottom. The law “About Education” establishes the secular nature of studying in educational organizations”, – the department said. “School directors conduct explanatory work with girls wearing a hijab”, –  the ministry added.

Comment:
Recall that the attempts of the Kyrgyz authorities to ban the hijab in educational institutions have been going on for several years, but so far they have not been successful. So, back in July 2015, the former Prime Minister of the country Temir Sariev said: “This is not our tradition, the Islamists are forcing us to do this. We are Muslims. We must stop wearing hijabs. We have our own tradition, which we must follow. We must inform the people of all this”.         Following him in August of that year, the Minister of Education and Science Elvira Sarieva spoke out about the ban on hijab in schools. “The prime minister clearly stated that there should be secular foundations in a secular state, but religious views must be respected. Within the framework of the school, we believe that the approved type of school uniform is the standard that students should adhere to,”, – she said.

It is noteworthy that the actions of the Kyrgyz authorities to ban hijab in schools can not be recognized as methodological and systematic unlike such  actions in other countries of Central Asia, where the fight against hijab has reached so high level that police conduct raids demanding to remove the hijab from adult women, as happens in the current moment in Tajikistan or has happened previously in Uzbekistan. However, despite this, we see that sooner or later the Kyrgyz authorities return to attempts to ban hijab in schools. Observers in Kyrgyzstan believe that these actions of the authorities are the result of Russia’s colonial control over Kyrgyzstan, i.e. local authorities fully follow the policies of their masters in Moscow, whose main task in Central Asia is to restrain the development of Islam and prevent the political revival of the peoples of the region.

We note, however, that in none of the countries of Central Asia – neither in Kyrgyzstan, nor in Tajikistan, nor in Uzbekistan, nor in Kazakhstan – no matter what prohibitions and restrictions do they impose, no matter how they persecute or humiliate women and girls in hijabs – all the authorities failed to defeat the law of Allah, and Muslims are steadfastly holding on to their religion. For example, in Uzbekistan, where at the time of Karimov there was a ban on wearing a hijab, but as a result of which many women preferred to stay at home rather than go out without Sharia clothing, and today, after the tyrant’s death, you can find a huge number of women in hijabs on the streets of the cities as if there were not these 20 Karimov years. Also in Tajikistan the other day, there was a case that clearly demonstrates Muslims’ commitment to the law of Allah: a policeman in Kulob was stabbed for trying to remove the hijab from a woman.

Thus, no matter what prohibitions they impose, or whatever sanctions they threaten, Muslims respond with dignity, as Muhabbatkhon Davlatova from Tajikistan responded in 2017, when during the raid the police detained her and demanded that she remove her headscarf: “I am a believer, and I I’ll never take off my hijab”.