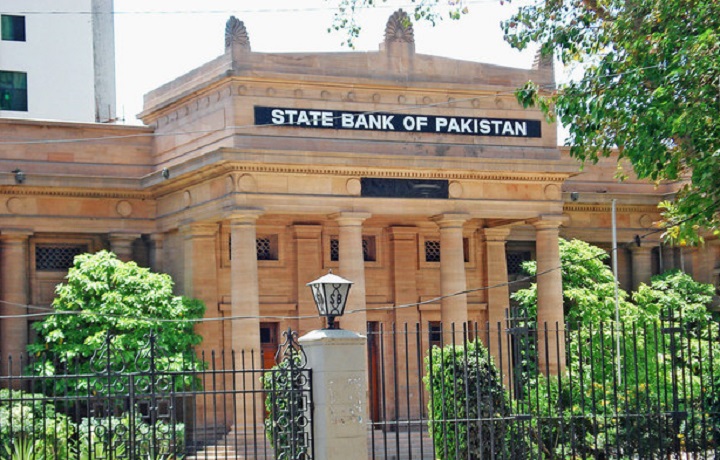 Khan’s new bill seeks to make the State Bank of Pakistan (SBP) autonomous and has drawn widespread condemnation. The former finance minister, Miftah Ismail described the bill as converting the SBP into the “bank of IMF”. [aninews] Ismail also declared that the new measures would make the SBP more powerful than the parliament as “there will be no oversight of fiscal and monetary policy”. [thenews]

Comment:
Ismail’s criticism is not unwarranted and many of his assertions have merit. A cursory examination of the bill reveals that at the behest of the IMF, Khan’s government will deprioritize the function of the SBP to support development work, prevent Pakistani governments to borrow from the SBP and abolish the role of the Monetary and Fiscal Coordination Board. [2] This means that Pakistani governments cannot rely on the SBP to support development activities such as building infrastructure, state schools and hospitals and other works for the benefit of the public. Additionally, Pakistani governments will have to borrow from commercial banks at higher interest rates to plug fiscal deficit gaps (thereby increasing domestic debt), and the government will no longer exercise control over setting the monetary policy for the country. In sum, the SBP will cease to serve the needs of Pakistan and instead will focus on an independent monetary policy that is in tune with IMF’s structural adjustment programmes (SAPs).

IMF SAPs are driven by the Washington Consensus with the sole aim of restructuring the economy of countries to meet the greedy needs of international financial creditors. For instance, in the period 2001 to 2020, Pakistan subscribed to 5 IMF SAPs, borrowed $113bn and paid back in the same period $118bn in principal and interest. [ipr] Yet despite such enormous payments, Pakistan’s external debt obligations stand at $86bn. This is because money borrowed from international lenders via the IMF goes towards paying off existing debts and is not ploughed back into the economy as most people think.

The role of the Bait-ul-Maal (Central Bank / State Treasury) in Islam is to safeguard the economy of the state and to ensure that funds are made available to be spent on the citizens of the state as prescribed by Shariah law. The Khilafah (Caliphate) State has complete oversight of how the funds are collected and spent, and the people can hold the state accountable. Islam forbids international lenders like the IMF, WB, Paris Club, Asian Development Bank to exercise any control over the Bait-ul-Maal through SAPs and conditionalities – let alone paying off loans with interest. When the Bait-ul-Maal functions alongside a Muslim society that completely implements Islam, the society is elevated in prosperity and dignity. The example of the Rashidun Caliphate is a testament on how the Bait-ul-Maal served jihad and the expansionist policies of the state, while at the same time raising the living standards of its citizens.
Khan brags about recreating the state of Madina, but in practice he sees no harm in surrendering the SBP to international vultures like the IMF and their creditors.

Furthermore, he sees no shame in signing up to IMF SAPs that erode the independence of our economy and subject the people to Western hegemony. But worse of all, Khan knows that borrowing more will only increase our debt liability to the West—lately he has equated the mountain of external debt with national security—and render Pakistanis as slaves to Western capitalist institutions for generations to come.