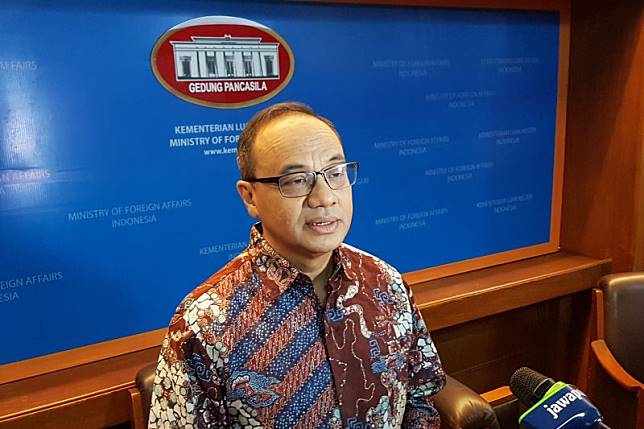 The Indonesian government chose to remain neutral to the Kashmir crisis involving India and Pakistan, after Pakistan persuaded Indonesia to help pressure India in the United Nations Security Council (UN) to revoke the status of Kashmir privileges. “Both of India and Pakistan, Indonesia continues to encourage both to put the problem of resolution first through bilateral dialogue,” Foreign Ministry Spokesman Teuku Fatizasyah wrote to CNNIndonesia.com via a WhatsApp message on Wednesday (8/14). This attitude of Indonesia is not new, because last year the Pakistani Ambassador to Indonesia – once expressed criticism for Indonesia’s silence over the Kashmir crisis as reported by Anadolu in April 2018.

Comment:
Kashmir is not a nationalistic issue for Pakistan or Kashmir, nor merely economic or geopolitical domination by Indian Hindu regime, rather it is an Islamic issue. This Islamic obligation must never be abandoned under any pretext. This is because Islam is a comprehensive doctrine both spiritual and political affairs. Islam does not separate the affairs of economic, geopolitical or a government with the Islamic Aqeedah and Tawhid. The affairs of wealth, land, blood and honor of Kashmir Muslims are an Islamic affair!

Many Muslim countries, including Indonesia, chose neutral on the Kashmir issue, despite its position as the largest Muslim country and non-permanent member of the UN Security Council. This has proved two things; firstly, the liberal secular world order today does not allow a Muslim country to show its alignment for their true brothers. They are poisoned by secularism which is wrapped in the slogan of world peace that religion is the source of conflict. Secondly, this is proof of the umpteenth hundred times the failure of the UN in resolving the problems of the Islamic world such as the Rohingya, Syria, Palestine or Uyghur. Muslim rulers should know that today is the era of alignments, like the ants of Suleiman (as); although their bodies are small, their guts are big as the alignments are clear and firm on the truth.

Another important matter is the history of Kashmir. Kashmir is a Muslim land which was conquered by Muslims at the end of the first Hijri century. This came within the conquests of Sind and Hind at the hands of the Muslim General, Muhammad al-Qasim, which started in 94 Hijri (712 CE). The authority of Islam then spread in the Asian subcontinent in the time of the Abbasid Khaleefah, al-Mu’tasim, 218-225 AH (833-839 CE). The authority of Islam continued in most of the Asian subcontinent, which is known today as India, Pakistan, Kashmir and Bangladesh for the next ten centuries under the authority of successive Caliphs. Kashmir then fell under British colonial hands in the early 19th century. British rule in the Asian subcontinent includes more than 55% of the Asian subcontinent with a Muslim majority, while Kashmir is leased to a Hindu king for 100 years. This is the beginning of tyranny in Kashmir which has survived more than 15 decades with heinous crimes committed against Muslims to consolidate power in Kashmir. Kashmir and Palestine have similar historical patterns. Both are British projects in which it allows the powers to seize from Muslims when Palestine was given to the Jews and given to Indian Kashmir.

Nowadays the affairs of the international community are dominated by neo-colonialist forces, namely the Capitalist countries from both the West and East who continuously strengthen their grip and create conflict in various parts of the world, especially the Islamic world. These noble Ummah sons are the helpless victims of the Kuffar predators who are allowed to exist by the world order against Muslims.

Kashmiri Muslims have clearly been ignored by the Muslim rulers – worshipper secularism and capitalism who are more loyal to their national economic interests, rather than defending the blood and honor of their brothers in the faith; they are more loyal to the failed United Nations, rather than the teachings of Islam. As long as the world system remains as it is today, the plight of Muslim women across the Muslim world will never  undoubtedly end, because the base problem of all this suffering is nothing but the absence of the Khilafah as the shield for the Ummah – a state which would eliminate Kufr hegemony over the Muslims and protect the honor of Muslim throughout the Muslim world. Remember the words of the Prophet:

“Truly a leader is a shield, the people will fight behind and take refuge with him …” (Muslim)

“Then is it the judgement of ignorance they desire? But who is better than Allah in judgement for a people who are certain [in faith].”
[TMQ 5:50]