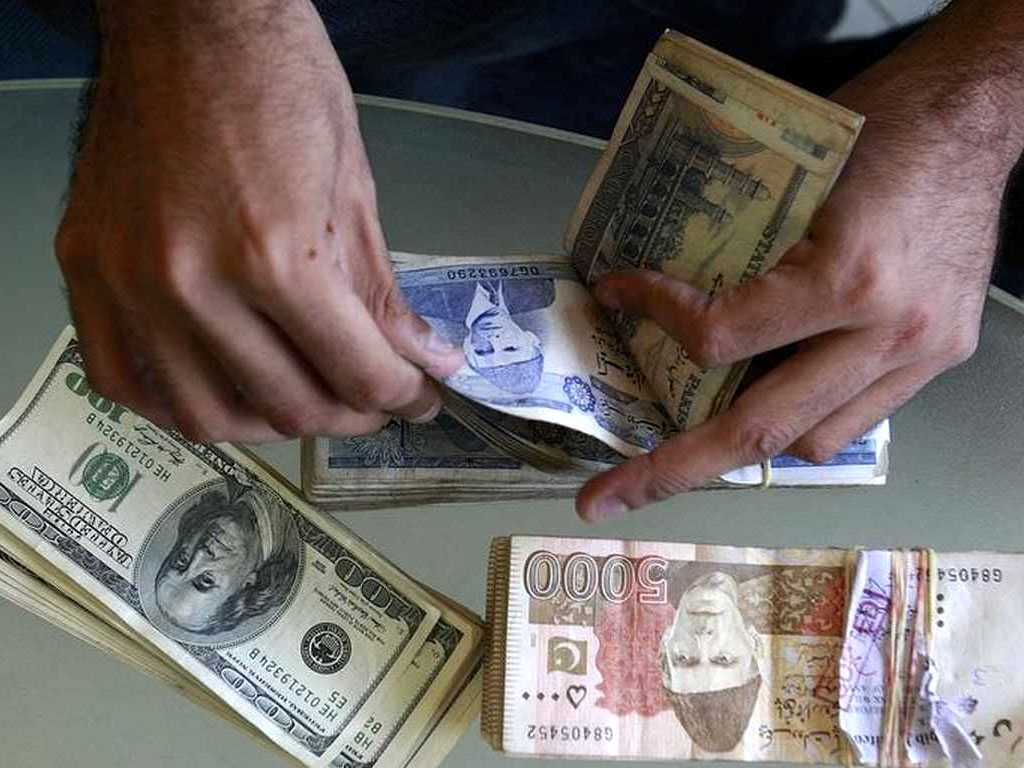 Introduction of Dollar Based Interest Saving Scheme is a Danger

On 18 August 2019, the Express Tribune published news that there is a possibility that in the coming days the government will introduce a dollar based saving scheme. The Central Directorate of National Savings (CDNS) will receive deposits in Pakistani rupee but will issue the US-dollar denominated certificates, by converting the value of rupee according to the prevailing day exchange rate. The profit on investment is proposed to be paid in rupee terms but again it will be worked out on the basis of the US dollar value of that day. Moreover, upon the maturity of the scheme, the depositors are to be paid by calculating the value of the principal amount on that day’s exchange rate. The proposal has not been moved by the Ministry of Finance or CDNS, rather it is the brainchild of the SBP Governor, Dr Reza Baqir, a source in the Finance Ministry said.

In the last eighteen months, the Rupee has lost more than 45 percent of its value. According to IMF estimates from 2019 to 2023, the Pak Rupee will further lose 47 percent of its value. After this heavy depreciation in the value of the Rupee, the introduction of the dollar based saving scheme will further weaken the position of Rupee and strengthen dollar in the market. People are already worried due to sharp changes in the exchange rate between the Rupee and dollar, as their savings in Rupees are losing value rapidly, so those people who invest their wealth in the saving scheme will find this new dollar based saving scheme very attractive. The people will invest their money in dollar based saving schemes instead of investing it in business. So doing business will become more difficult in an economy which is already facing back-breaking inflation. The introduction of this new scheme will further hurt the real economy because people will take out their money out of businesses and start investing in banks or saving schemes. More businesses will collapse and people will lose their jobs. Through these schemes, the government diverts money from the real economy to banks which results in the accumulation of wealth and its circulation become restricted.

Introduction of such schemes by the government damages the economy of Pakistan and it is also against the commands of Islam. Islam encourages the circulation of wealth and forbids its accumulation. Allah (swt) said,

“So that it will not be a perpetual distribution among the rich from among you.”
[Al-Hashr 59:7]

However, because of this policy of Islam, the Khilafah state will not introduce such schemes, which results in the accumulation of wealth. Instead, it will play the role of facilitator in order to bring the investor and entrepreneur together, so that they form productive business arrangements. This step will encourage the circulation of wealth in the real economy which will boost economic activity and create jobs. Furthermore Islam forbids Riba (interest) absolutely as Allah (swt) said,

“But Allah has permitted trading and forbidden interest.”
[Surah Al-Baqarah 2:275].

Due to this prohibition the Islamic Khilafah will ban all such agreements which are based on Riba, like savings scheme or interest based loans. So it will ensure that the society is cleansed from the filth of Riba and wealth is circulated in the society according to the commands of Allah (swt).

The PTI led government on 8 August 2019 presented its first-year performance report, claiming that the country had been put on the right track and people would start getting benefits from the second year of its term. The first year of government was quite difficult due to the economic crisis it inherited from the previous regime but we have laid foundation of good governance and reforms,” said Special Assistant to the Prime Minister (SAPM) on Information, Dr Firdous Ashiq Awan, at a ceremony held at the Prime Minister Office in which one-year performance report of the government was launched. Before coming to power, the PTI asserted tall claims that if they come in power they will change the scenario of the country within 100 days. However, when 100 days objectives could not be accomplished they requested that they should be given six months. Then when they failed to achieve their objectives in six months, they said that they should be given at least two years. And now when one year in term has been completed, people have now understood that they have been deceived once again through false promises, in the name of “change.”

The people of Pakistan have not been deceived for the first time. They were previously deceived by the rhetoric of “Roti, Kapra awr Makaan” (Food, Clothing and Shelter), Islamic Socialism, the System of Mustafa, implementing Shariah previously. And now they are being deceived in the name of the State of Madinah. Now people are questioning we have brought an “honest” leadership, but still change has not happened, then where does the problem lie? At this moment of time, it is the most important question. The answer to this question is that our issues must be addressed according to the revelation of Allah (swt), rather than by man-made laws implemented by democracy or military dictatorship. Unless and until ruling based on the revelation of Allah (swt) has not been restored there will be no change. Allah (swt) has made it clear that the Muslims must address their issues according to the law which Allah swt has revealed and those who do not are commiting oppression. Allah (swt) said,

“And whosoever does not judge by that which Allâh has revealed, such are the Zâlimûn(oppressor).”
[Surah al-Maidah 5:45]

However, the regime of PTI as well is ruling through democratic system, where decisions are not taken on the basis of the revelation of Allah (swt). Therefore we see the same oppression in every filed of life, including economy about which the same PTI used to criticize whilst in the opposition. A governance based on the revelation of Allah (swt) is only followed in the ruling system of Islam which is Khilafah. Therefore to see the fulfilment of the prophecy of the Messenger of Allah (saaw), ensuring real change. The Muslims of Pakistan must strive hard for the re-establishment of the Khilafah (Caliphate) on the Method of the Prophethood. In the Khilafah every matter whether related to economy, judiciary, foreign affairs or education are addressed according to the commands of Quran and Sunnah alone. The Messenger of Allah (saaw) said,

“And again there will be Khilafah on the method of the Prophethood.”
(Ahmed).

At a time when more than ten million Muslims of occupied Kashmir are under brutal Indian occupation, waiting for direct military assistance from the armed forces of Pakistan, this regime should have decided to mobilize the lions of Pakistan’s armed forces. However, its foreign minister has announced to take this matter to the International Court of Justice (ICJ), which is like pouring cold water on the intense hope and emotions of the Muslims of Occupied Kashmir. The reality is that there is no such thing in this world as international justice or laws. It can never be because for the implementation of any law there should always be a force which can implement it. Powerful states forces other weak states to enforce laws which suit them. However, no other country can force these major powers to follow the same law. The reality of international law and ICJ is that weak states are exploited. The major powers only use these institutions in order to achieve their interests. Recently when international courts on war crime announced the investigation of war crimes by the US in Afghanistan, Washington immediately threatened to impose a travel ban on the judges of this court if they did not abandon this investigation. Thus, the international courts on war crime decided not to proceed with this matter. Moreover, how can someone place hope for justice especially when on the issue of Kashmir, the American attitude is clearly pro-Indian?

The enmity against Islam of these international institutions is very evident. What happened in matters where the United Nations and its sister concern organizations played the role of mediation? East Timor was separated from Indonesia and south Sudan from Sudan. Do we not take heed from these examples? Have we not seen the stance of these organizations on the issue of Palestine and Kashmir, where they always supported Hindu and Jewish occupying forces and remained silence over their oppression? Despite the shameful track record of these organizations, the foreign ministers dare to make this announcement in order to deceive us. Instead of mobilizing the armed forces of Pakistan to liberate Kashmir, the Bajwa-Imran regime declares that it will present the matter to the ICJ or Trump’s mediation. It is invoking the wrath of Allah (swt) like Musharraf did before because Allah (swt) has forbidden us to take our matter to those who rule by kufr. Allah (swt) said,

“(O Messenger!) Have you not seen those who claim to believe in the Book which has been revealed to you and in the Books revealed before you, and yet desire to submit their disputes to the judgment of taghut (the Satanic authorities who decide independently of the Law of Allah), whereas they had been asked to reject it. And Satan seeks to make them drift far away from the right way.”
[Surah An-Nisa’a 4:60]

Imran and Bajwa are taking our matters to Taghut; America, Britain, China, Russia, United Nations, IMF and ICJ. They herd us from one humiliation to another humiliation. It is an obligation on the Muslims and their armies to reject Taghut and their agent rulers. They must instead re-establish Khilafah which will resolve all issues, including Kashmir, according to the commands of Allah (swt). Only then will there be peace and prosperity and we will be honored in Hereafter, InshaAllah.