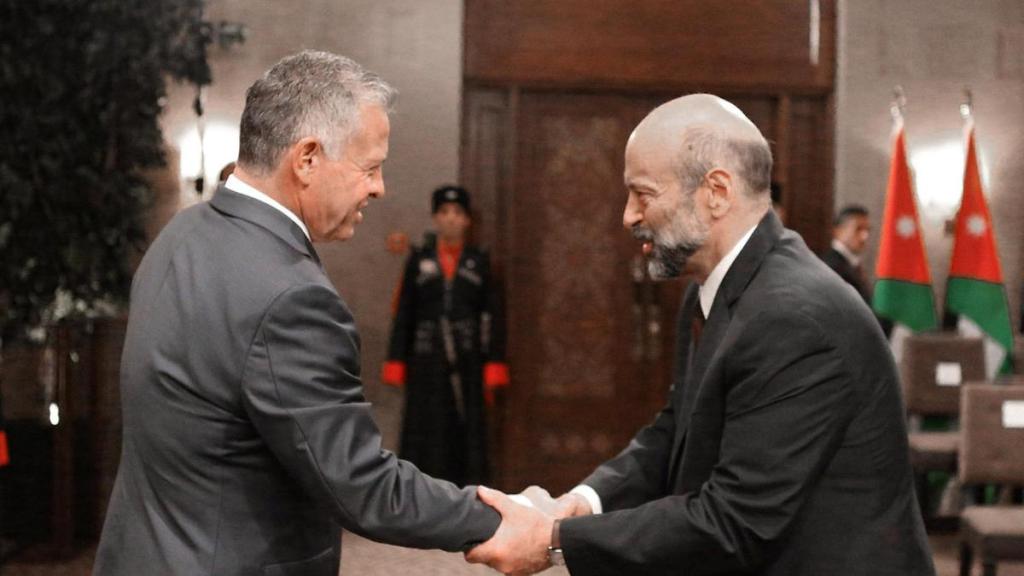 The Regime in Jordan is Tampering with and Floundering in Looking after the People’s Affairs. It is Characterized by Failure and Instability in All Areas of Care

As soon as the people in Jordan become accustomed and settled with the approach and implementation of the Jordanian regime’s program to (look after their affairs)! Despite their failure and remoteness from achieving their interests, they soon get shocked by the pattern, instructions, regulations, laws of defense, restructuring in governance and administration, and changing political positions in short periods of time. Which does not make people ready and settled on one condition in order to organize their livelihood, in light of the poverty, unemployment, public and individual debt, which suggests the failure of the regime and its deliberate intention not to read the bad reality and its spontaneous treatment of state affairs even under the tyrannical capitalist system. Rather, this suggest that the regime itself lives in anxiety and fear that does not make it settled on a specific structure in the government and the Diwan (Office) or in the security and administrative apparatus of the state, leading to resignations, appointments, and the change of positions of advisors and the high level burden of their absurdity, while the people do not understand anything or why all this is happening, because the interests of the regime have always been in contrast with the interests of the Ummah and is opposite to its direction.

Now the government, according to its PM Omar Razzaz, announced that Jordan is facing a new wave of the Coronavirus, he did not hold the responsibility for this setback on the sterility and failure of the measures taken by the state and his government with all its apparatus, that did not implement the correct Shariah solution, by following the disease from its onset and working to limit it to the place of its emergence in the beginning, and the healthy people in other areas continue to work and produce. So the correct procedure is to isolate the infectious disease in its place and quarantine the sick and follow them up with care and treatment free of charge, and the healthy people continue in their work, and life continues as normal as it was before the infectious disease, not that the public life of people stops, they are isolated in homes, the economic life is paralyzed or almost does, the crisis worsens and other problems appear!

The official in the Coronavirus file at the Ministry of Health, Dr. Adnan Ishaq, says: “If we want to control the disease of the Coronavirus epidemic, we must control the land, sea and air border crossings, and he added that 99% of the infections in Jordan originate from abroad, and therefore all types of crossings must be controlled, and what confirms this saying is the state’s recent panic measures,” which are, as Razzaz said, “We closed Jaber’s borders temporarily to ensure the safety of procedures. We have also taken measures at the al-Omari crossing that included movement and a review of all work mechanisms. In addition, a delegation composed of the Minister of Interior, the Chairman of the Joint Staff and General Intelligence and the Director of Public Security visited the al-Omari and Jaber border crossings…

These measures were taken, of course, after the escalation of the number of infections of Coronavirus and the failure of state apparatus in effective prevention, and not preventing the entry of infected people who had mixed with healthy people in the various governorates, because the precautionary measures at the borders failed either by turning a blind eye or corruption. As if the regime had not yet finished with economic and political goals related to the so-called Trump’s deal and the liquidation of the Palestine issue and the Arab countries scrambling to recognize the Jewish entity, so it seeks to exploit the new measures of banning and extending the hours of curfews or closure of mosques and a ban on Friday prayers, or other matters that people fear because they lost confidence in the regime and the state apparatus and its procedures…

Where is stability when the state is deliberately harassing people, intimidating them and repeatedly holding them responsible for the setback for the spread of the epidemic and relieving itself of direct responsibility. It deploys its security forces in villages and cities and obliges people with force and fines them to abide by the defense laws, silencing voices and suppressing the expression of opinion, that it boasts in front of international organizations. The suppression of teachers and the closure of their union is only an example of intimidation practiced by the state in light of the call for comic parliamentary elections?!

Where is the care in the education of the Ummah’s children, and their families do not know what education the state is talking about, is it full-time classroom education or is it by distant learning, that 60% of the students rejected? And the parents are confused whether to register their children in schools, or it there is a trick that will be repeated to ban teaching after a short while, under the pretext of Coronavirus? All of this is in light of an already volatile educational system that conforms in its inputs and outputs to the requirements of the colonial kaffir and its tools, and not according to their suitability to the needs of society at least, whether at the school or higher university level, and qualifying graduates.

As for food and medicine, the government said that the Food and Drug Institute and the Balqa Health Directorate “bear administrative responsibility”, with regard to the food poisoning incident in Liwa Ain Al-Basha District in the Balqa Governorate, revealing that there are “clear problems in the application, and a serious shortage of inspectors.” in food establishments compared to their number to “Food and Drug Institute”. In other words, the government holds itself responsible for food corruption and poisoning that killed two people.

This is just the tip of the iceberg of what people suffer in their immediate living matters, achieving their interests and meeting their human needs, and in the living needs of their children to create a generation in which  is supposed to be an Islamic personality with pride and dignity whose loyalty is to the Lord of the worlds in His obedience and non-disobedience, and not raised in humiliation, submissiveness and subjugation like the one practiced by the regime in front of its enemies and the Ummah’s enemies and failure to serve its subjects, and even its relentless lying to people, plundering their savings and wealth and deceiving them, the Messenger ﷺ says: «لَيْسَ مِنَّا مَنْ غَشَّ» “He who deceives has nothing to do with us.”

This can only be achieved by the Islamic state (Khilafah) on the method of Prophethood) that implements the rulings of Islam in governance, education, health, economics, foreign policy, etc. for this is the state that we must work to established and not to be distracted by patchwork or demanding solutions. The rights legislated by the Lord of the worlds are achieved by determination, will and serious sincere work for Allah, His Messenger and Muslims.