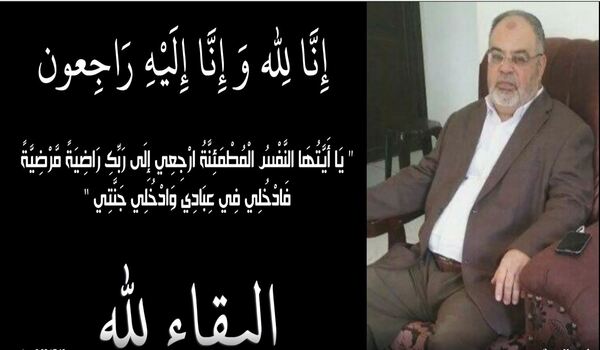 “Among the believers are men who have proven true to what they pledged to Allah. Some of them have fulfilled their pledge with their lives others are waiting ˹their turn˺. They have never changed ˹their commitment˺ in the least.” [Al-Ahzab: 23]

who passed to the mercy of Allah (swt) yesterday, Thursday 21/10/2021 at the age of 60; he spent those years in obedience to Allah and in carrying the call to resume Islamic way of life by establishing the Second Khilafah Rashidah (Rightly-Guided Caliphate) on the method of the Prophethood.

Hajj Abu Hudhayfah was keen to carry the Dawah wherever he visited or traveled, whereby he carried the Dawah in the countries of the Hijaz, Egypt, Libya, and Jordan. He remained steadfast like the firmness of the anchored mountains, with unwavering determination and unrelenting resolve, hoping that Allah will make him witness the Khilafah (Caliphate), until the command of Allah came and he was on that. His soul went to its Creator, and the last thing he wrote yesterday morning on his page was his supplication for his Ummah:

“O Allah, have mercy on our weakness, heal our pain, and prepare a victory for our Ummah that gives it its glory and enable it to obey and worship you by ruling by Your Law as You commanded it. Glory be to You, there is no god but You we cannot praise You enough.”

We ask Allah to shower him with His mercy and to make him enter into His vast paradise and to reward him on our behalf and on behalf of Islam and Muslims the best reward.