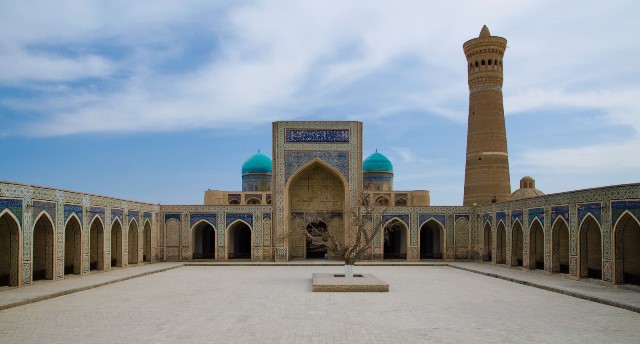 This is a hot topic for the bloggers from Uzbekistan!!!

On 8 June, for the first time in the history of social networks, in Youtube in the Uzbek-language space, a discussion of two Uzbek bloggers was held live on the topic of governance in the country. In particular, and three questions were raised. Is Uzbekistan an Islamic state? Are Shariah laws enforced in Uzbekistan? Is it obligatory for Muslims to live in an Islamic state and is this requirement in the Quran and Sunnah?

A blogger Abror Mukhtar, positioning himself as a supporter of the ruling power of Uzbekistan, on his page on social networks on 20 May, answering the question of whether Uzbekistan is an Islamic state, says that there are such things as Dar ul Islam, Dar ul Kufr, Dar ul Harb and Dar ul Ahd in the Shariah, and Uzbekistan is an Islamic state. He supported his answer by referring to the opinions of Imam Abu Hanifa Al Numan, who said: – “If Islamic laws are implemented in the country, this land is conquered by Muslim armies and the inhabitants of this country are Muslims, then this is an Islamic state”.

In turn, a blogger from social networks, Mahmoud Abdulmumin, known for his frequent speeches on the current topics related to the Islamic Ummah, appealed against the statement of Abror Mukhtar. Referring to the fact that the Republic of Uzbekistan is a secular state based on the constitution, which is based on the idea of separation of religion from life, and which says that secularism is the basis of the laws and government of the country. The laws being implemented in the country are invented by people, and power is ruled on the basis of dictatorship, rigidly suppressing any manifestation of religion in life.

A few days later, after an open air debate, blogger Abror Mukhtar changed his mind and began to argue that Uzbekistan is a secular state based on the separation of religion from life, and practices democracy, and Uzbekistan is not an Islamic State.

The past few weeks, this discussion has become the main topic of conversation for Muslims of Uzbekistan in social networks. Moreover, it actively continues and develops. And this is not surprising, since the collapse of the USSR we have repeatedly observed how the people of Uzbekistan showed their desire to live according to the laws of Allah and demanded the establishment of the Islamic rule in Uzbekistan.

Yes, some points of this debate have remained unfinished and undisclosed to the end, but this is not the main thing. The main thing is that these debates were actively observed on various pages of social networks with more than 300 thousand views, and on each page there are still hot debates of the various parties. This proves once again that the Ummah of the Prophet Muhammad ﷺ is alive and wants to live according to the laws of Allah.

In turn, we hope and pray to Allah that in the near future this debate will cross virtual boundaries and acquire their natural essence in reality. That is, we want to say that this topic will very soon be discussed in the streets of the cities of Uzbekistan openly, without fear of reproaching detractors and oppression of tyrants. Almighty Allah said in His Noble Book: