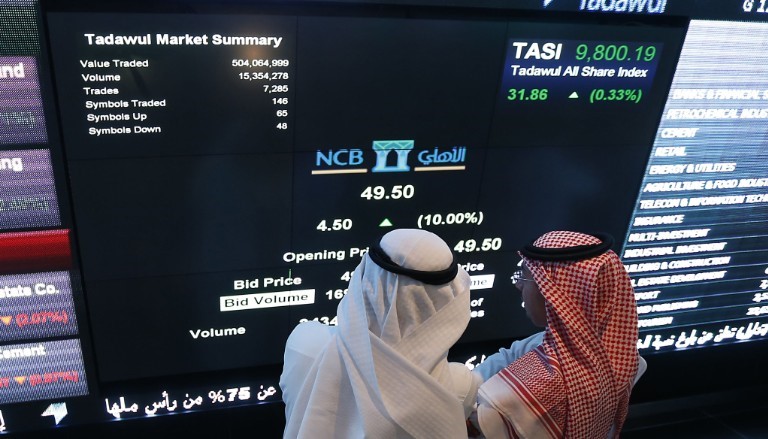 On August 5, 2015, the Financial Times reported that Saudi Arabia was returning to the bond market with a plan to raise $27bn by the end of 2015. The paper also indicated this was a clear sign of the strain to lower oil prices putting pressure on the finances of the world’s largest oil exporter. Fahad al-Mubarak, the governor of the Saudi Arabian Monetary Agency, said in July that Riyadh had already issued its first $4bn in local bonds, the first sovereign issuance since 2007. But the latest plans represent a major expansion of that programme, which bankers believe could even extend into 2016, given the outlook for the oil price. So how did Riyadh find itself in such a predicament within a short period?

Not so long ago, Saudi Arabia’s economy was booming when the price of oil was high, but all of that has changed dramatically in a space of 18 months. Today, the country is facing a massive hole in its budget, caused by the collapse in oil prices and a sharp rise in military spending.  This has caused Riyadh to borrow money in a disparate attempt to plug the growing fiscal deficit. Saudi Arabia has already burned through almost $62 billion of its foreign currency reserves this year, and borrowed $4 billion from local banks in July—its first bond issue since 2007. IMF estimates Saudi’s budget deficit to reach 20% of GDP in 2015. For a country accustomed to running surpluses this transition is proving to be painful. Capital Economics estimates that government revenues will decrease by $82 billion in 2015, equivalent to 8% of GDP. The IMF is forecasting budget deficits through to 2020. Oil’s slump from $107 a barrel last June to $44 right now is largely responsible for the squeeze. Half of the country’s economic output and 80% of government revenue is generated by the oil industry.

Saudi’s decision last year to flood the oil market with extra crude thereby reducing the price of oil is back firing and hurting Riyadh more than shale oil producers in the US. If the aim was to choke the US shale industry, the Saudis have misjudged badly, just as they misjudged the growing shale threat at every stage for eight years. “It is becoming apparent that non-OPEC producers are not as responsive to low oil prices as had been thought, at least in the short-run,” said the Saudi Central Bank in its latest stability report. “The main impact has been to cut back on developmental drilling of new oil wells, rather than slowing the flow of oil from existing wells. This requires more patience,” it said. One Saudi expert was blunter. “The policy hasn’t worked and it will never work,” he said.

But falling crude prices is not the only reason Saudi Arabia’s economy is hurting.  Money began to leak out of Saudi Arabia after the Arab Spring, with net capital outflows reaching 8pc of GDP annually even before the oil price crash. The country has since been burning through its foreign reserves at an accelerated pace. The reserves peaked at $737 billion in August of 2014. They dropped to $672 billion in May 2015. At current prices they are falling by at least $12 billion a month.

By aggressively supporting regimes across the Arab world like Egypt and Tunisia to stem the rise of political Islam, and interfering militarily in Syria and Yemen, such ventures are depleting the healthy surplus at an alarming rate. Then, there is the military spending, which shows no sign of abating. These factors combined are not only putting huge pressure on the fiscal budget but also on the foreign reserve fund.

Yet, despite this grim outlook, King Salman continues to spend money at an alarming rate. His coronation bonus to buy loyalty amongst his subjects amounted to $32 billion and his lavish holiday in France that supports an entourage of 1000 people is mindboggling. At this rate, Saudi reserves maybe depleted to $200bn by the end of 2018.

Ever since the creation of Saudi Arabia, only the foreign powers, the Saudi royal family and their supporters have benefited from the oil wealth. A significant proportion of Saudi nationals live in extreme poverty, and only a tiny fraction of the 29 million population is set to gain from the current fiscal crisis. According to Wealth Insight by 2020, around 55,245 Saudis will be high-net-worth individuals, with over $1 million in net assets, excluding their primary residence. This is up from 49,150 in 2015. Such a system of governance and patronage is unsustainable. Unsurprisingly then, the Saudi regime still gloats about its wealth unmindful of pain and suffering it causes ordinary people. Allah سبحانه وتعالى says:

“He went out among his people in his finery. Those who desired the life of this world said, ‘Oh! If only we had the same as Qarun has been given! What immense good fortune he possesses.’ But those who had been given knowledge said, ‘Woe to you! Allah’s reward is better for those who have iman and act rightly. But only the steadfast will obtain it.’ We caused the earth to swallow up both him and his house. There was no group to come to his aid, besides Allah, and he was not someone who is helped.”

The only hope for the people of Saudi Arabia is to support the re-establishment of righteous Khilafah Rashidah upon the method of the Prophethood. Only then will people enjoy the wealth that Allah Al-Ghani (The Self Sufficient) has bestowed upon the country.