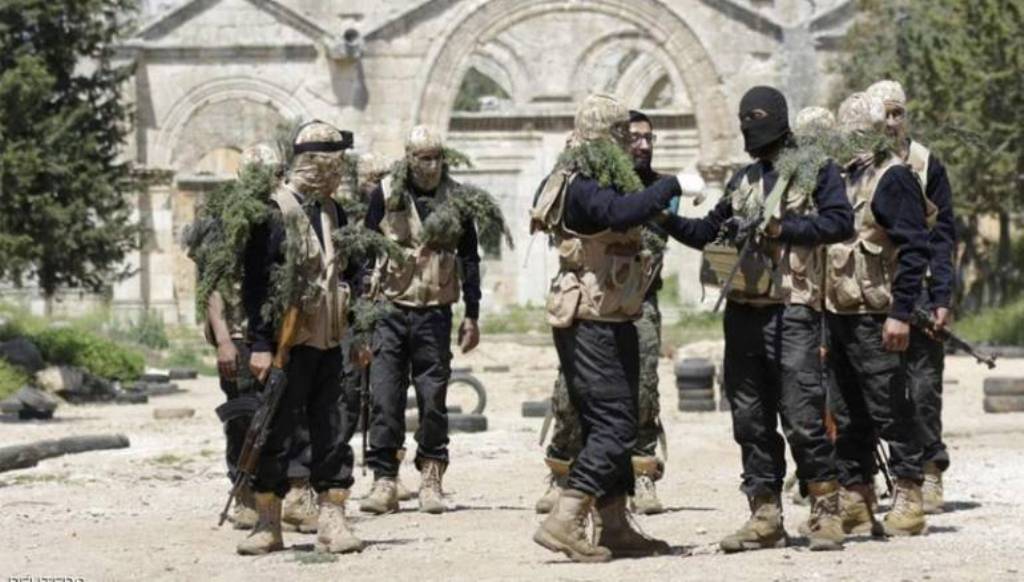 The revolution of Ash-Sham has come out against injustice and tyranny, and it sacrificed for it the most precious and valuable, and it continues trying to regain its usurped power and to break the bond of slavery that is to be imposed on it. There is no doubt that we live today under the forcible rule that the Messenger of Allah ﷺ warned us about; and the mentalities of the people who control the necks of the people are still within this framework, as if the country is a farm for them, and the people are slaves to them; no one has the right to object or say the word of truth except to serve the interests of those groups.

To confront the word with oppression, torture and imprisonment and averting to enjoin the good and forbid the evil is always the style of bankrupts of argument and proof in all times. The Almighty said in the words of Pharaoh after he was unable to confront the argument with the argument: قَالَ لَئِنِ اتَّخَذْتَ إِلَهاً غَيْرِي لَأَجْعَلَنَّكَ مِنَ الْمَسْجُونِينَ “[Pharaoh] said, “If you take a god other than me, I will surely place you among those imprisoned.”” [Ash-Shu’ara: 29].

Thought is only faced with thought, and jihad is not by storming houses, seizing property, killing the secured people at checkpoints and in prisons under torture, but jihad is on the fronts.

O Muslims in the Blessed Land of Ash-Sham: Hizb ut Tahrir is clear as day; and it has defined its goal and called Muslims to it openly. Its goal is the resumption of the Islamic way of life by establishing the Khilafah Rashidah (righteous Caliphate) on the method of the Prophethood. It also defined its method to reach its goal clearly. This method is taken from the method of the Messenger of Allah ﷺ which involves the intellectual struggle against all ideas contrary to Islam; the political struggle against all systems that violate Islam; exposing the conspiracies against the return of Islam to the realm of life; and seeking victory (Nusrah) from the people of power; since the establishment of the state requires the people of power who believe in it and are supporters of it.

This is the method of Hizb ut Tahrir since its inception; there are no crooked or improvised ways; it is a clear and straight path in which it follows with vision on the footstep of our noble Messenger ﷺ. Moreover, the Shabab of the Hizb are well known to all; they are your sons and your brothers, whom you know well, they are neither masked nor anonymous. Everyone must know that we are not a faction fighting others on their earnings and what they consider their gains, but we are the advocates of the Khilafah project, we call everyone to carry, embrace and support it and you should carry it and support it, for there is no salvation and no victory for us except by it. It is also not the method of Hizb ut Tahrir work to struggle against Islamic groups or parties that are contrary to its opinion; rather, our work is to seek the transition from the forcible rule and ruling by other than what Allah has revealed to the Khilafah Rashidah on the method of the Prophethood, which the Messenger of Allah ﷺ gave us its glad tidings as mentioned in the Hadeeth: «…ثُمَّ تَكُونُ مُلْكاً جَبْرِيّاً، فَتَكُونُ مَا شَاءَ اللَّهُ أَنْ تَكُونَ، ثُمَّ يَرْفَعُهَا إِذَا شَاءَ أَنْ يَرْفَعَهَا، ثُمَّ تَكُونُ خِلَافَةٌ عَلَى مِنْهَاجِ النُّبُوَّةِ، ثمَّ سَكَتَ» “…Then there will be a forcible rule, and things will be as Allah wishes them to be. Then Allah will end it if He wishes to end it. Then there will be a Khilafah on the Method of Prophethood, and then he ﷺ was silent.”

This does not mean silence on the actions that entrench the forcible rule on the pretext that it is done by an Islamic group or party; it is necessary to expose these acts and to demonstrate their seriousness regardless of the side that does them, and regardless of the intentions of that side, and we do not fear in that for the sake of Allah (swt) the blame of any blamers or the oppression of the unjust. Ask the tyrants of the world, ask the tyrant of Syria and the tyrant of Libya and the tyrant of Uzbekistan… they all perished; and the party remained moving on its way patient, hoping for compensation from Allah, reassured by the promise of Allah and the glad tidings of His Messenger ﷺ of the vanishing of the forced rule and the return of the second Khilafah again. So be of its supporters who work for it and not to be those who tried to stand in front of it and oppress its advocates for the injustice will appear as darkness on the Day of Resurrection.