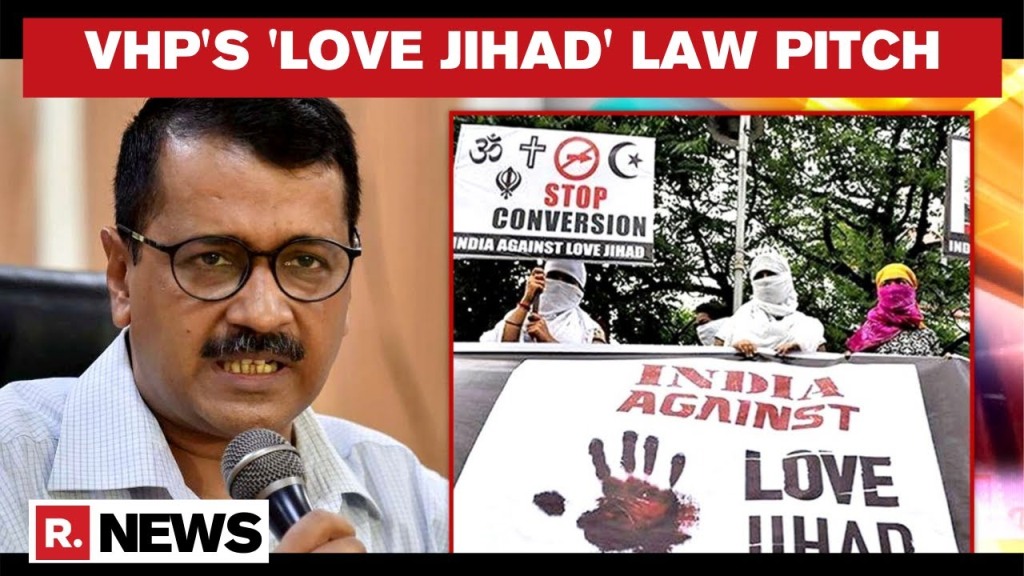 On the 17th of December 2020, The Wire – a popular Indian news platform reported on the current Indian government’s obsession on the topic of “love Jihad”, the idea that Muslim men are targeting Hindu women to convert them to Islam. The following is quoted in the article: “Last month, the Uttar Pradesh government promulgated the Uttar Pradesh Prohibition of Unlawful Conversion of Religion Ordinance, 2020 to tackle the concept of ‘love jihad’, a claim advanced without evidence that there is a conspiracy by Muslim men to convert Hindu women to Islam. As per the ordinance, a marriage will be declared null and void if a woman converts to another religion solely for marriage. Those wishing to change their religion after their wedding need to apply to the district magistrate a month in advance.”

The NGO “Citizens for Justice and Peace (CJP)” has filed a public interest litigation (PIL) in the Supreme Court challenging the constitutional validity laws as it is deemed to contradict Article 21 of the Indian constitution as it “suppresses an individual’s personal liberty” to choose faith and marriage partners independently of state involvement. The recent arrest of a former Hindu woman pregnant by her Muslim husband has caused outrage as her detention and repeated injection of unknown drugs resulted in her having a miscarriage. She was later released without proper medical care or explanation of what drugs she was given, however her husband and brother-in-law remain in prison.

There have been numerous honor killings and negative consequences for Hindu women who fail to abide by the caste system keeping them within a social group. Human rights activist like Hindu lawyer Jayna Kolthari have stated that the current laws instigated by Hindu fundamentalists supporting the BJP party will support the caste system by the back door. The current use of Islamophobia as a political tool to court votes is nothing new in the global political game of power. There is a clear contradiction in liberal democracies using ‘women’s rights’ to serve goals that have nothing to do with women’s rights. Forcing Muslim women to dress in secular clothing by banning Hijab or niqab is one well known example in France, Tunisia and other nations. Whilst these same countries will extol the rights of women to dress as they want in the latest fashion trends developed by popular secular brands. The idea that Islam oppresses women by limiting social life is explained in news threads attacking so called Islamic groups and states. At the same time Muslim women are banned from going to school, work, and even hospitals in many secular democratic nations when they choose to practice Islam by adopting the Islamic dress.

It’s time for the world’s Muslims to recognize these old patterns of contradiction and see there is no exit in the fake secular promise of liberation though “proper democracy”. What the world is witnessing is the real face of liberal values and all that it will ever offer humanity. Muslims must be the guiding light of hope for humankind in showing the correct systems that will give real solutions to women, of any nation. Allah (swt) honored all women simply by the fact that they are women created in the best manner by the Lord of the Universe. مَنْ عَمِلَ صَالِحًا مِّن ذَكَرٍ أَوْ أُنثَى وَهُوَ مُؤْمِنٌ فَلَنُحْيِيَنَّهُ حَيَاةً طَيِّبَةً وَلَنَجْزِيَنَّهُمْ أَجْرَهُم بِأَحْسَنِ مَا كَانُواْ يَعْمَلُونَ “Whoever works righteousness, man or woman, and has faith, verily to him will We give a new life that is good and pure, and We will bestow on such their reward according to the their actions.” [16:97]

The history of the Khilafah (Caliphate) was never afflicted with the disease of targeting ethnic or religious groups for persecution or extermination, nor was a women’s rights group ever needed as the rules of Allah (swt) are fixed and just without the changing corruption of human interest as the centre of its goals. We pray to Allah (swt) that we will return to this righteous ruling system soon so the world’s women will see the true meaning of liberation from oppression!